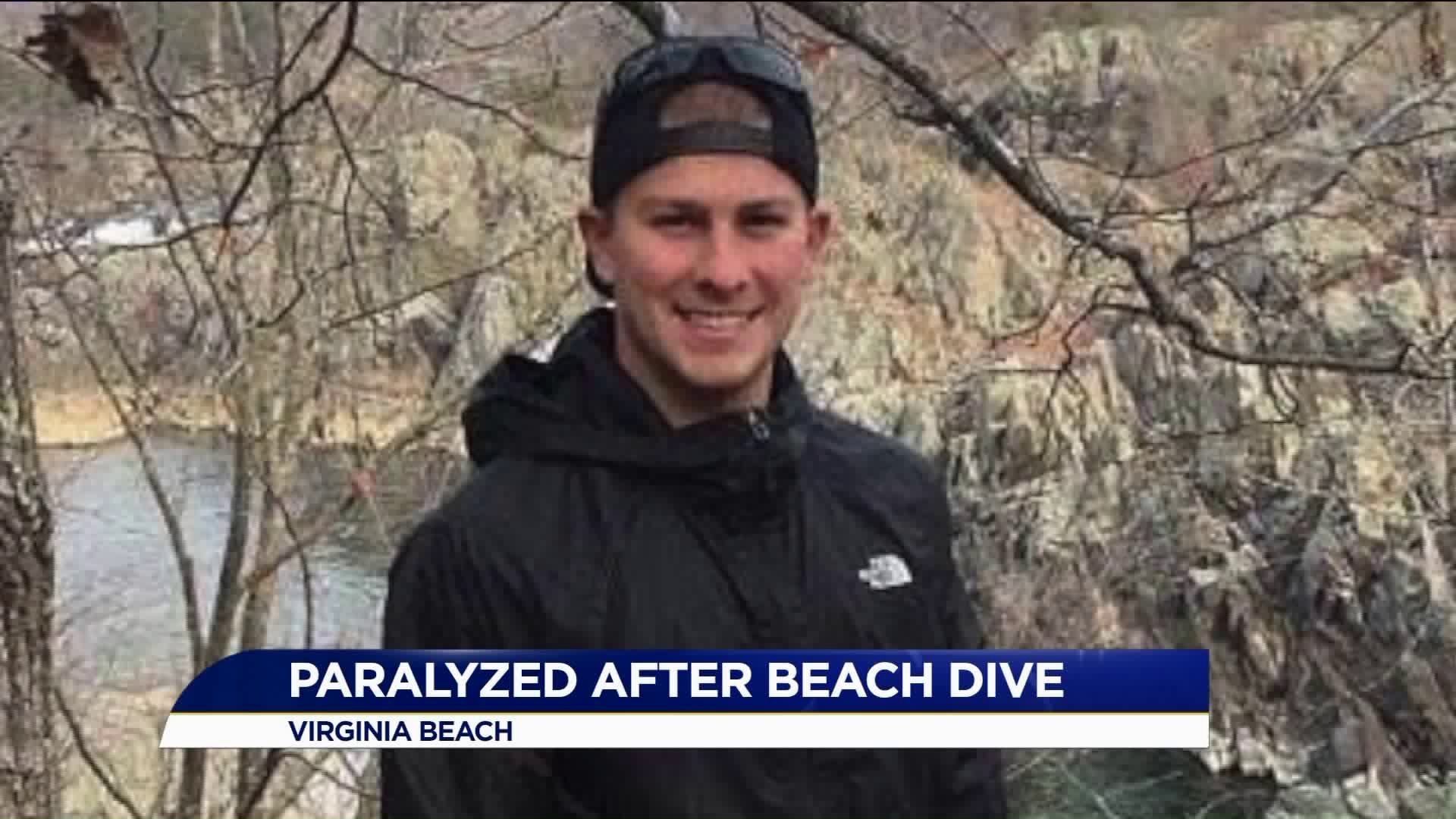 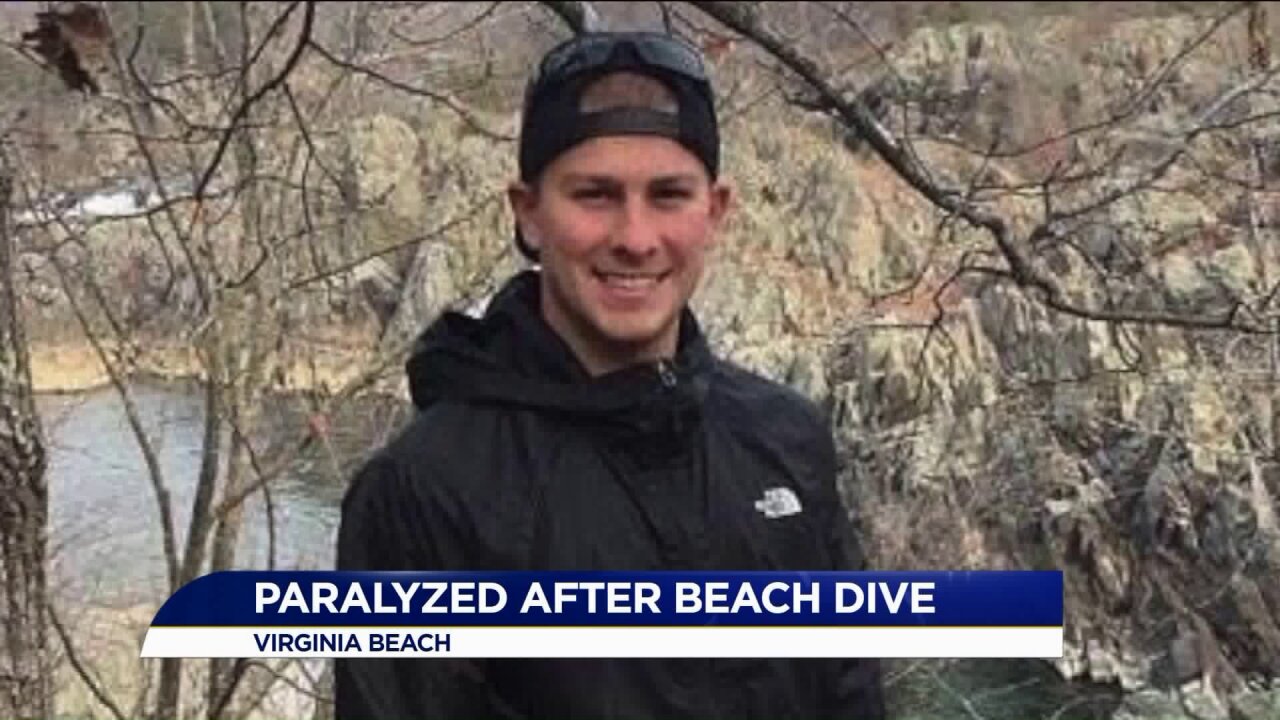 He was with spending time with his girlfriend and her mother when he dove head first into the water and mistakenly hit a sandbar.

"He was just kind of laying there for a second and his girlfriend realized that he couldn't move, so he looked at her and said, 'Help me,'" the victim's sister, Sommer Di Fulgo, told News 3.

Jeffery was rushed to the hospital, where he was diagnosed with a spinal fracture that has paralyzed him from the chest down.

The injury has put a halt on Jeffery's career. He's employed at a local YMCA to help rehabilitate others, but now he's on his own road to recovery.

"I was just devastated; I couldn't believe it," said his sister. "I didn't think that something like this would happen to somebody I know so well, let alone my brother."

"His good friend Willie -  he's helped him walk, be able to stand up and walk again and regain strength in his arm, so he's helped a lot more people than I even knew past Willie," Sommer added.

However, this time family members are calling on the community to assist Jeffery.

They've created a Meal Train to collect money for food deliveries to the hospital.

People can also purchase t-shirts to help support the family. Emblazoned with the phrase "Jeff Strong," it's something his sister said he remains to be.

Sommer said, "People can wear the shirts and it can be a conversation piece to talk about Jeffery and his determination and how he has helped others."

The Di Fulgos said they want to share this unexpected tragedy so it won't happen to anyone else.

"The water does change and you never know how high or low it's going to be, so kind of just be aware of your surroundings," added Sommer.