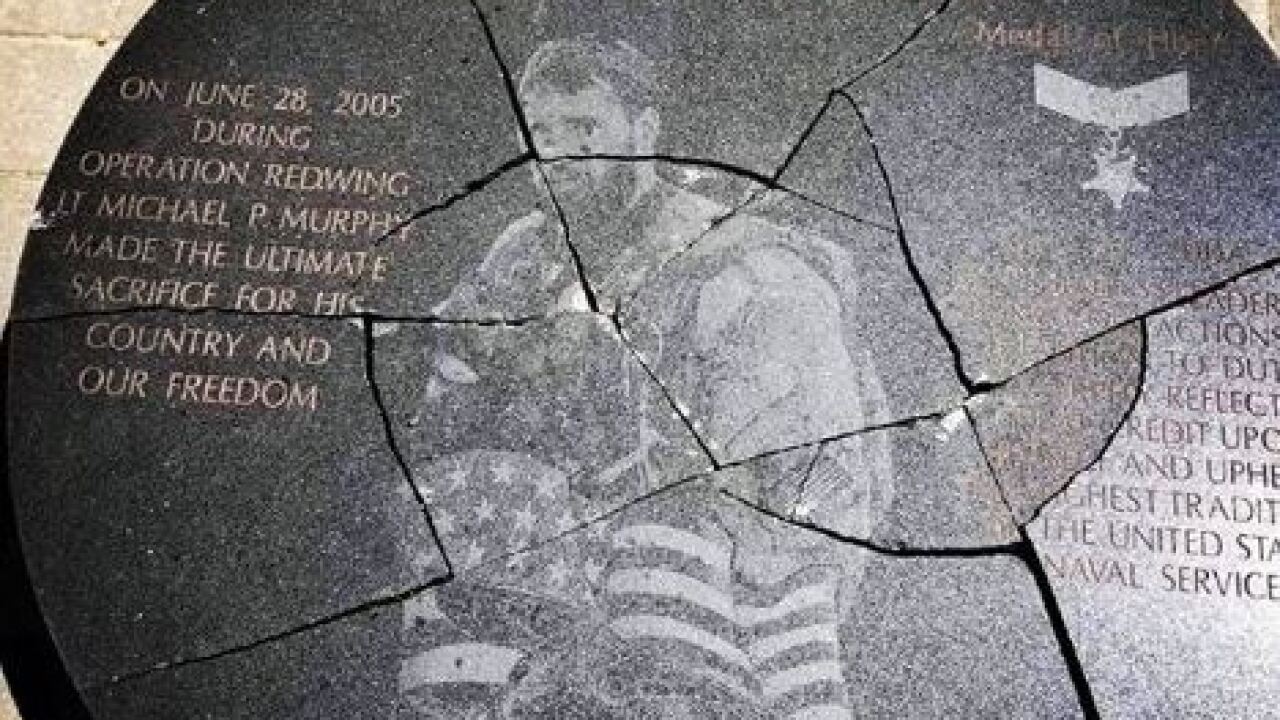 The monument honors Medal of Honor recipient Michael P. Murphy of Brookhaven. Murphy received the honor for his heroic service during the war in Afghanistan.

Police believe the memorial was vandalized at some point on Thursday.

A teenager has been arrested and charged with criminal mischief.