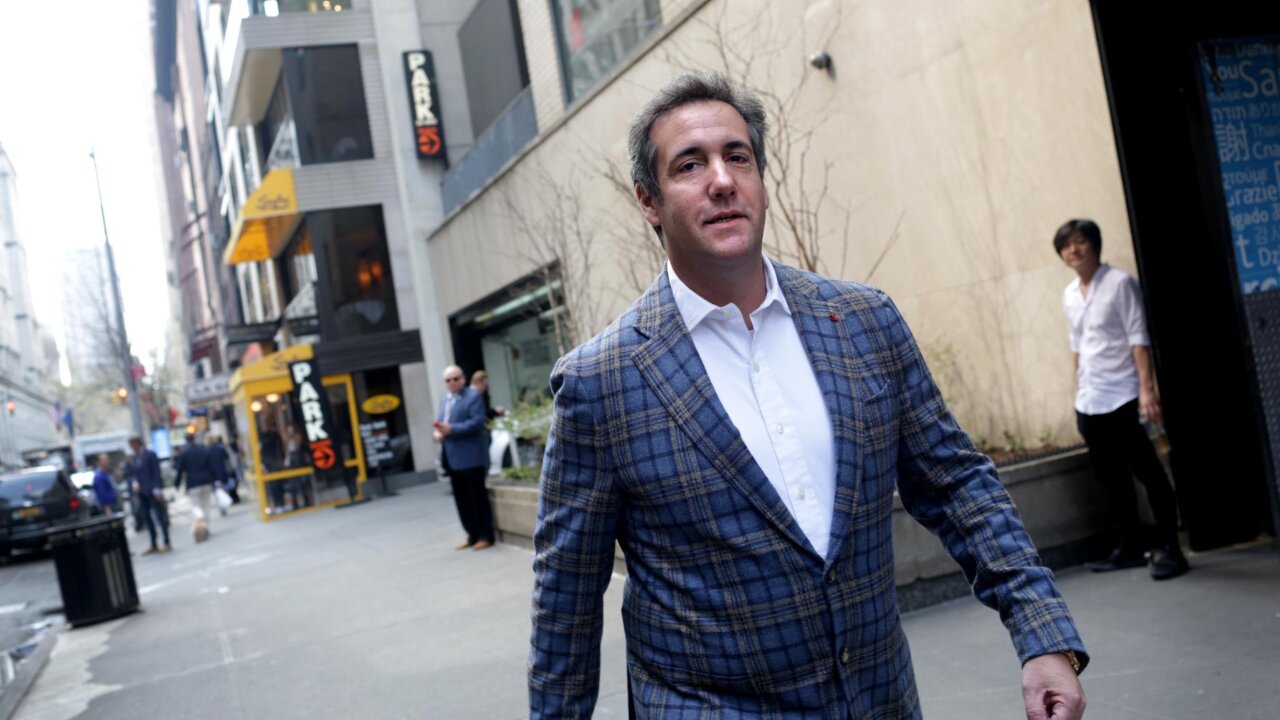 President Trump’s former personal attorney, Michael Cohen, secretly made a recording of his conversation between himself and the future President discussing payments to former Playboy Playmate Karen McDougal, who has alleged an affair with Trump, The New York Times reported Friday.

The FBI is in possession of a recording between President Donald Trump and and his former personal attorney Michael Cohen in which the two men discuss a payment to a former Playboy model who has alleged an affair with Trump, Rudy Giuliani and a source familiar with the matter told CNN Friday.

Cohen has other recordings of the president in his records that were seized by the FBI, said both a source with knowledge of Cohen’s tapes and Giuliani, who described the other recordings as mundane discussions.

The recording about the former Playboy model, Karen McDougal, was among the troves of documents and materials seized in the FBI raid of Cohen’s hotel, residence and office earlier this year amid a criminal investigation of Cohen by the US Attorney’s Office for the Southern District of New York. A transcript of the recording was reviewed by the Trump legal team, which does not believe it poses a legal problem for the president.

The disclosure of the McDougal recording, which was first reported by The New York Times, raises fresh questions about the lengths to which Trump and his confidante would go to suppress allegations of extramarital affairs from becoming public before the election. Adult film actress Stormy Daniels has sued Trump over a $130,000 agreement Cohen made to her on Trump’s behalf to keep her quiet about an alleged affair, which Trump has denied, along with McDougal’s allegations.

McDougal eventually signed a contract with the company that owns the National Enquirer, which barred her from publicly speaking about the alleged affair before the 2016 election.

Giuliani said Trump had no idea he was being recorded during the McDougal discussion, which took place in the then-candidate’s office at Trump Tower in September 2016. When informed about the recording, Trump said, “I can’t believe Michael would do this to me,” a source familiar with the tapes told CNN.

A spokeswoman for the US Attorney’s Office declined to comment, and a lawyer for Cohen declined to comment to the Times. McDougal’s attorney Peter Stris on Friday tweeted: “.@karenmcdougal98→ When @realDonaldTrump said we were lying, do you think he meant we WEREN’T?” an apparent reference to Trump’s claim of having misspoke at the summit with Russian President Vladimir Putin earlier this week.

Part of the criminal investigation of Cohen by the US Attorney’s Office has examined possible election law violations related to payments made to women who alleged sexual encounters with Trump. One focus of the searches in April, CNN has reported, was to seek records on Cohen’s payments to Daniels, who has alleged such an encounter, and on an agreement set up between McDougal and American Media Inc., the company that owns the National Enquirer tabloid and whose chairman and CEO is a close friend of Trump.

Cohen hasn’t been charged with any wrongdoing.

President Trump’s former personal attorney, Michael Cohen, secretly made a recording of his conversation between himself and the future President discussing payments to former Playboy Playmate Karen McDougal, who has alleged an affair with Trump, The New York Times reported Friday.

There are other tapes of Cohen and other “powerful” individuals that the FBI seized beyond the president that could be embarrassing for the people on the tape and for Cohen, according to a source familiar with the tapes. The source said the people are of “significance and consequence.”

The source familiar with the Cohen tapes said there was nothing illegal about the discussion, but acknowledged there could be ethical issues about Cohen recording his own client. The source noted that this is not the same as the Daniels matter, where there are questions about Cohen making payments on behalf of the President, possibly in violation of campaign finance laws.

Giuilani has known about the tapes for several days, and has reviewed the transcripts, he told CNN.

In recent weeks, documents and other evidence obtained during April’s searches have begun to be turned over to the government as a former federal judge, Cohen’s lawyers and lawyers representing Trump and the Trump Organization have moved through the process of determining which of the millions of items are subject to attorney-client privilege. The former judge, Barbara Jones, however, so far has found the vast majority of the items reviewed to be not privileged, according to court filings, indicating that very little of what Cohen did in recent years qualified as legal work.

In recent weeks, Cohen’s public remarks have raised suspicions that he could be willing to seek a cooperation agreement with the US Attorney’s Office that would require him to provide information federal prosecutors could use against other individuals they are examining. It’s not clear, however, whether the US Attorney’s Office would be willing to grant Cohen such an deal.

In an interview with ABC News that was released earlier this month, Cohen said that protecting his family – as opposed to Trump – is his priority.

“My wife, my daughter and my son have my first loyalty and always will,” Cohen said.

‘I thought I was the only one’

In August 2016, McDougal signed an agreement with AMI, Us Weekly, Men’s Journal and several other publications. She believed at the time the contract was a work agreement that would allow her to be photographed for and write pieces that would run in the companies’ publications.

Her attorney for that negotiation was Keith Davidson. She told CNN she later found out Davidson was in contact with Cohen. In a lawsuit, she accused Davidson of “working closely with representatives for Mr. Trump while pretending to advocate on her behalf.” Davidson denied the allegations and told CNN that he reached out to Cohen during the final stretch of the 2016 campaign as a “professional courtesy” to let him know that he negotiated the deal with AMI.

McDougal later realized she could face a financial penalty for speaking to the media about her story. In April, she reached a settlement with AMI that allows her to discuss the alleged affair.

Speaking with CNN’s Anderson Cooper in March, McDougal alleged that she and Trump were together “many dozens of times” and answered in the affirmative when asked if they were intimate.

McDougal described the alleged affair from 2006 to 2007 as a consensual, loving relationship, and said she did not know Trump might have seen other women at the time besides his wife – and that throughout their relationship, he did not use protection.

“I didn’t know he was intimate with other ladies,” she said on CNN’s “Anderson Cooper 360” at the time. “I thought I was the only one.”