With a renewed emphasis on beating Virginia Tech, the ‘Hoos are Hokie hunting 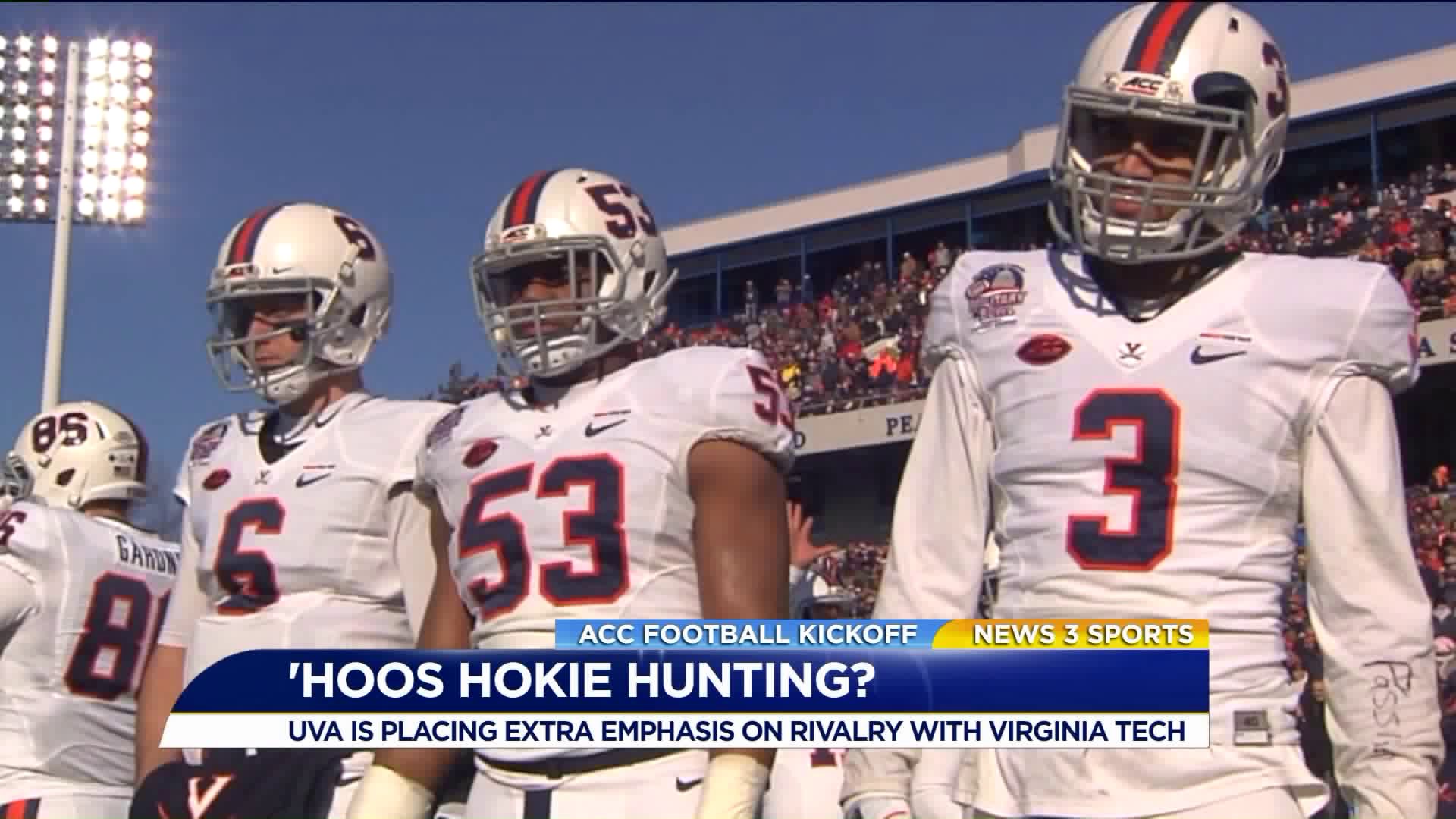 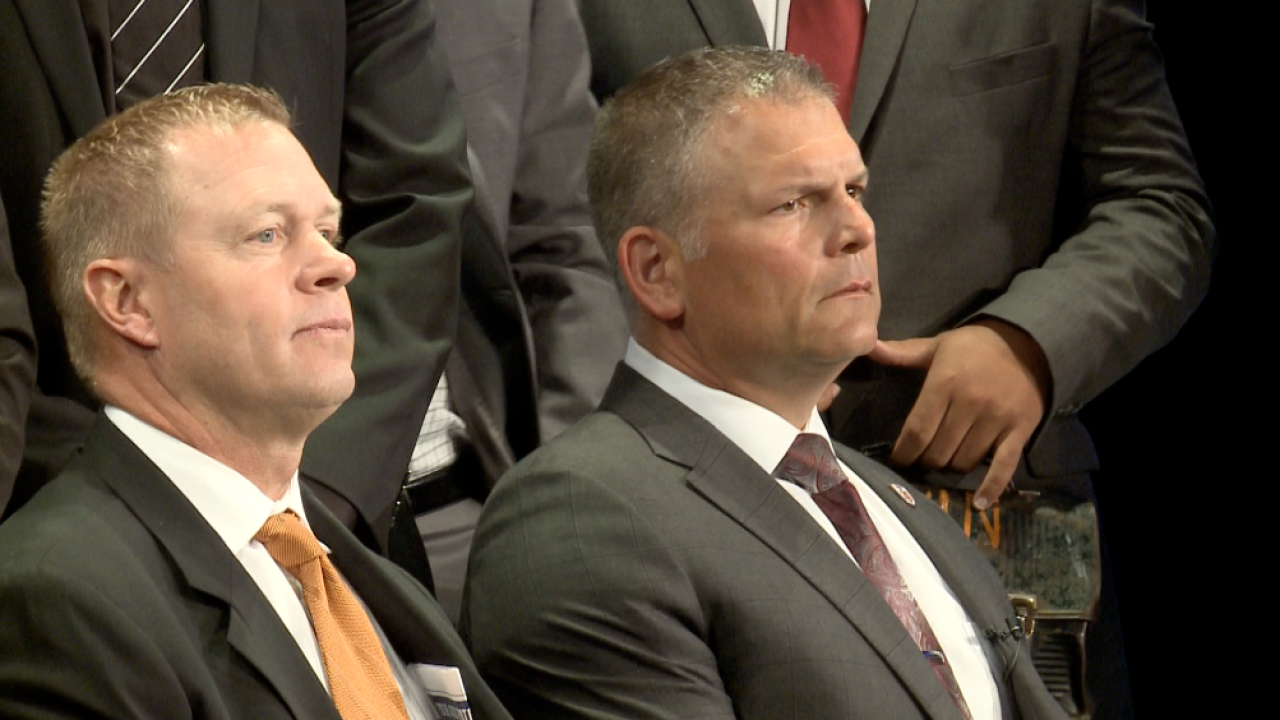 CHARLOTTE, N.C. - While some coaches might be trying to get a leg up on their respective conference, Virginia Tech head football coach Justin Fuetne isn't keeping an eye on the enemies.

"I have no clue how anybody else is going to be, I'm not worried about that," said Fuente at the ACC Football Kickoff.

Worries, however, were a constant theme during Virginia Tech's offseason. With the dismissal of Adonis Alexander, coupled in with co-defensive coordinator Galen Scott abruptly resigning amid scandal, and Josh Jackson's academic eligibility that has since been resolved, it was a busy offseason in Blacksburg.

For the seniors, all eyes are on a tall task in Tallahassee week one - Florida State.

"You know we got what, 46 days, 47 days left, it's crazy how much time is ticking but we'll be ready," senior defensive lineman Ricky Walker said.

Meanwhile in Charlottesville, there are big shoes to fill on a defense that lost the likes of Andrew Brown, Micah Kiser, and Quin Blanding.

Look no further than senior linebacker Chris Peace. The Denbigh High product out of Newport News finished fifth in sacks in the ACC last season.

"This year I definitely have to step in with those three guys gone obviously," Peace told News 3. "I've definitely grown both ways, I think coach Mendenhall, he's a big credit to my character. He's also a big credit to him how I've been performing on the field, he's taught me a lot."

Mendenhall says getting to a bowl game last season was a scratch off the to-do list, but the 'Hoos are no longer shying away from the obvious - they have to beat Tech.