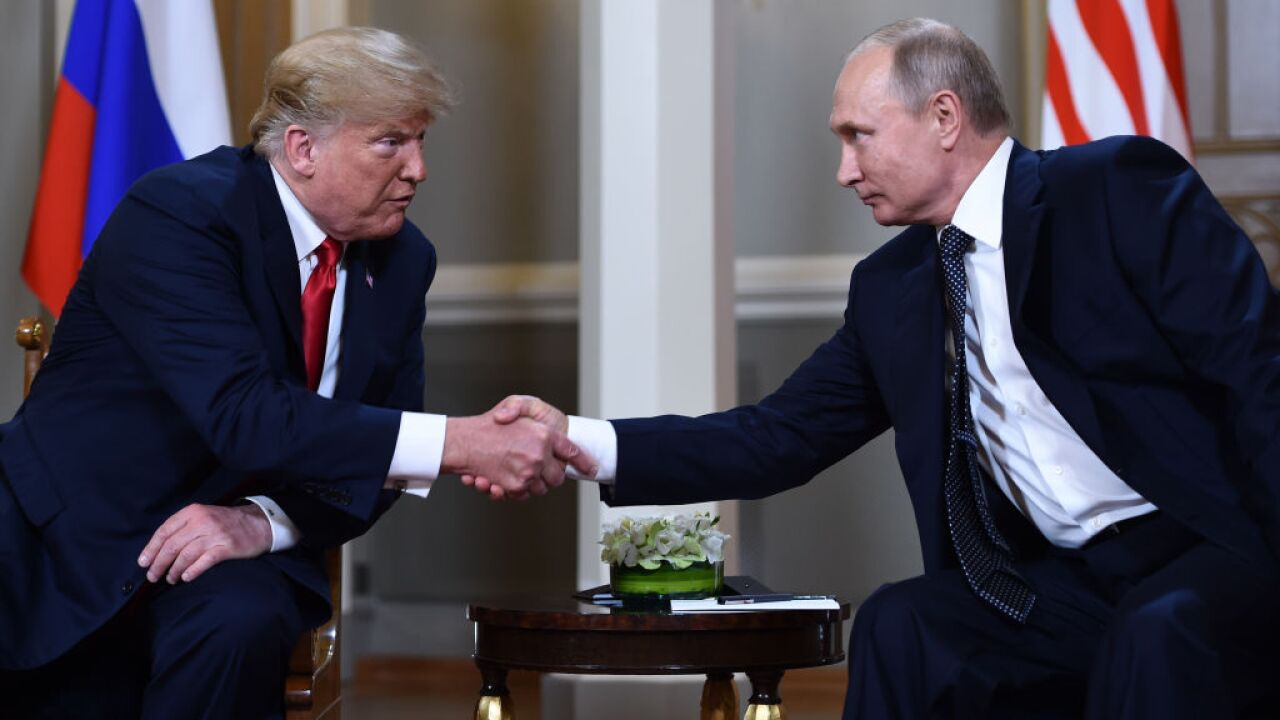 President Donald Trump said on Wednesday he holds his Russian counterpart Vladimir Putin personally responsible for Moscow’s attempts to interfere in the 2016 US election.

“I would because he’s in charge of the country just like I consider myself to be responsible for things that happen in this country,” Trump said. “So certainly as the leader of the country you would have to hold him responsible.”

Trump’s views surrounding election meddling have been repeatedly called into question. As recently as this week – immediately after his one-on-one meeting with Putin – Trump appeared to believe Putin’s denial over the US intelligence community’s conclusion that Russia interfered in the 2016 election.

Trump ultimately walked back the answer he gave at the joint press conference in Helsinki, and attributed his comments to a simple mistake.

“In a key sentence in my remarks I said the word ‘would’ instead of ‘wouldn’t,'” Trump said on Tuesday. He explained he had reviewed a transcript and video of his remarks.

“The sentence should have been: ‘I don’t see any reason why it wouldn’t be Russia,’ ” he said. “Sort of a double negative.”

The White House was once again sent into clean-up mode Wednesday when Trump said “no” when a reporter asked him if Russia was still targeting the United States. Press secretary Sarah Sanders later claimed Trump was saying “no” to answering questions, not to whether the Russians are targeting the US.

In his Wednesday interview, Trump said his message to Putin warning against future meddling was “very strong” during their meeting Monday.

He said his message to Putin warning against future meddling was “very strong” during their meeting Monday.

“I let him know we can’t have this. We’re not going to have it. And that’s the way it’s going to be,” Trump said.