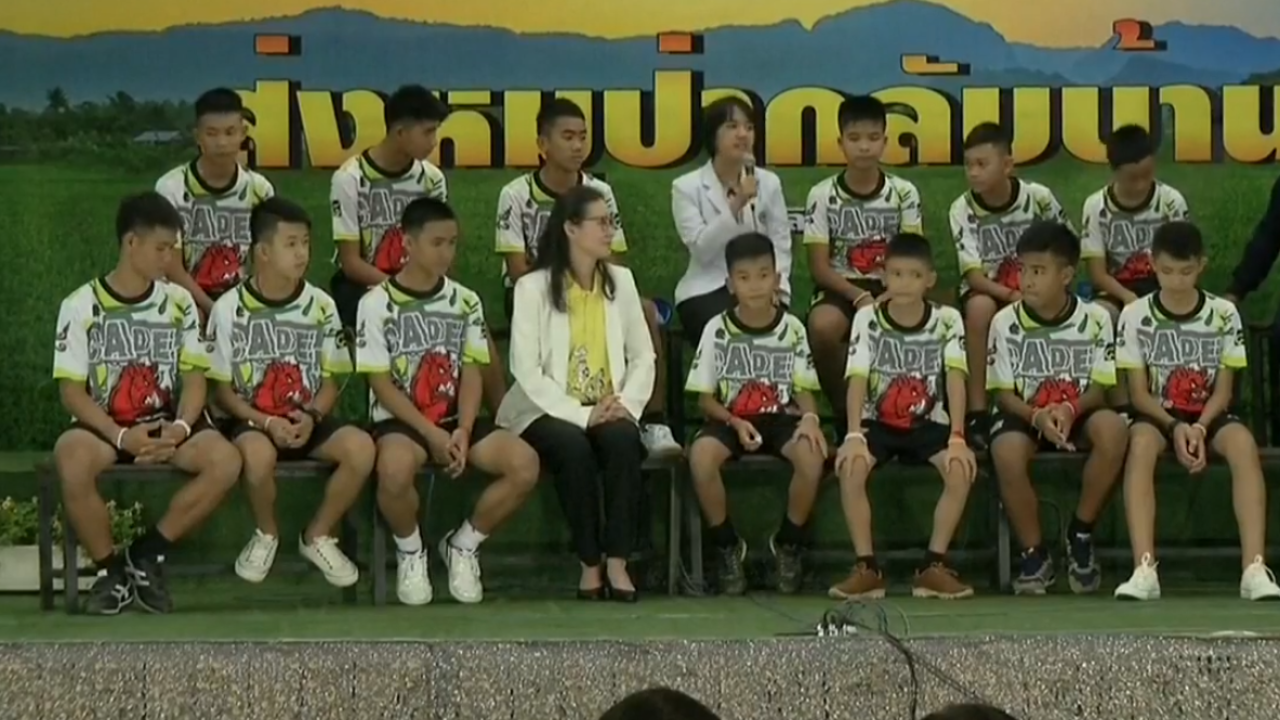 The 12 members of a youth soccer team and their coach who spent more than two weeks trapped underground in a flooded cave network in northern Thailand have been discharged from hospital.

The boys are due to make their first public appearance since the ordeal at a specially arranged press conference, before returning home to their families later on Wednesday evening.

All 12 players and their coach have been under close supervision at Chiang Rai Prachanukroh hospital, near the border with Myanmar, since they were rescued from the cave on July 10.

The dramatic mission captured the world’s attention, with heads of state, celebrities and even soccer stars at the World Cup in Russia sending good wishes and messages of hope to the boys and the team of divers and rescue experts.

The boys disappeared June 23 after going inside the sprawling Tham Luang cave network through a small entrance which was soon flooded by seasonal monsoon rains.

Friends said they knew the dangers and that the caves were considered off-limits at this time of year.

They were found nearly two weeks after disappearing, having survived by drinking the water dripping off the caves roof that is naturally filtered.

But a happy ending was far from assured. Rising waters and plummeting oxygen levels convinced rescue workers that something needed to be done sooner rather than later, despite the fact that expert divers said the cave posed some of the toughest conditions they’d ever faced.

Those dangers became all the more real after Saman Kunan, a former Thai Navy SEAL who volunteered to help in the rescue effort, ran out of air underwater and died. He was returning from delivering oxygen to the boys.

Authorities meticulously planned the rescue, bringing the group out in three separate stages, sedating each boy and pairing them with two experienced divers apiece.

All of them made it out alive.

Boys ‘just wanted to visit the cave for an hour’

Tanawat Viboonrungruang, the father of the youngest boy, 11-year-old Chanin, told CNN on Friday that his son had just wanted to “visit the cave for an hour.”

But after the flash floods, the boys and their coach ran deep inside the cave, where they became trapped.

Viboonrungruang said his son, nicknamed Titun, had told him their coach, Ekkapol Ake Chantawong, had told the boys to run away from the water and go to higher ground.

Inside the freezing cave, the coach and another boy hugged Titun to keep him warm, said his father.

After more than week trapped in the cold and dark, they finally saw a flash light. The boys came down from a small hill inside the cave and shouted for help.

Parents of the boys have since been advised by doctors not to speak to the press for at least a month, as they recover from the traumatic experience.