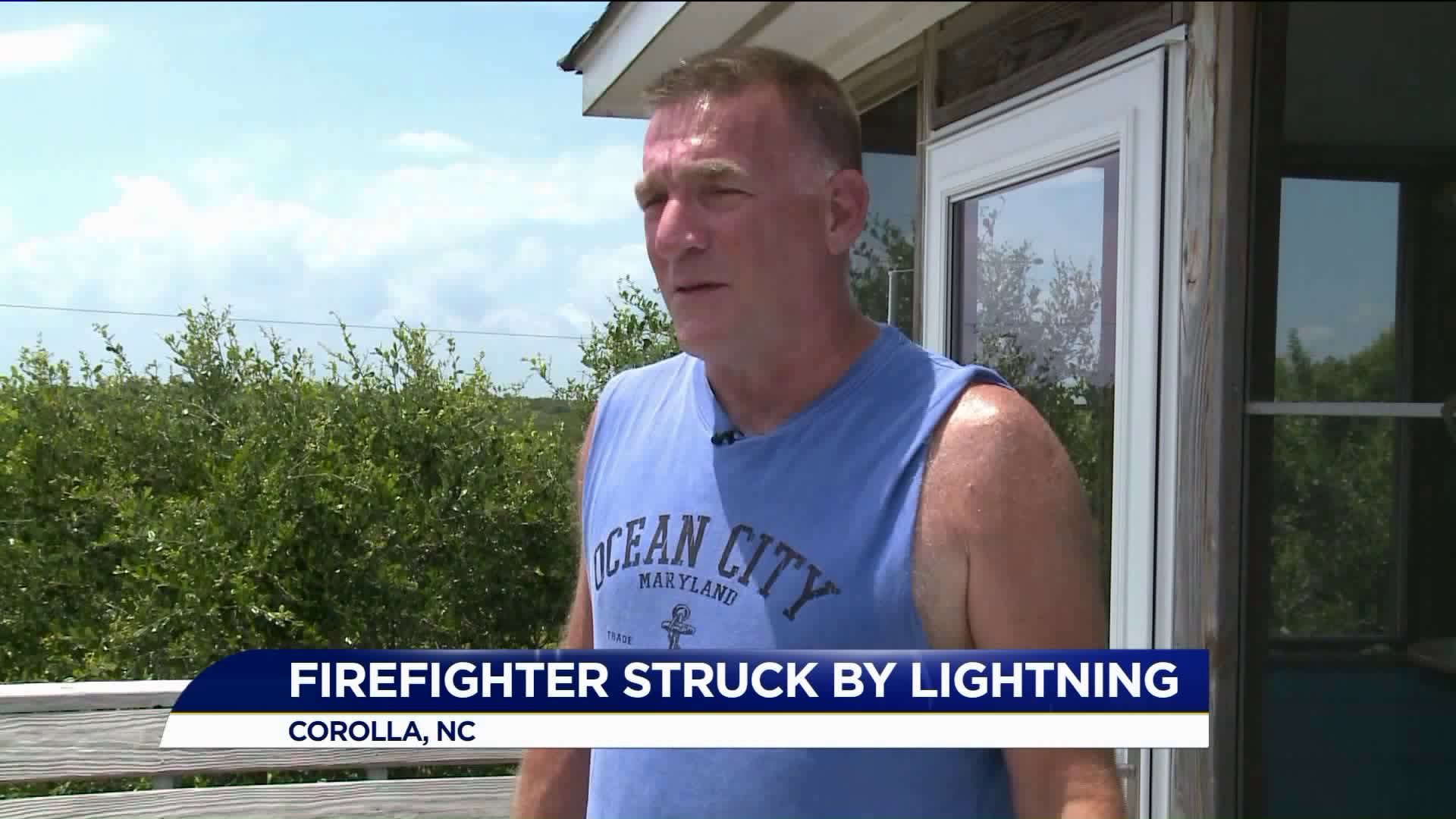 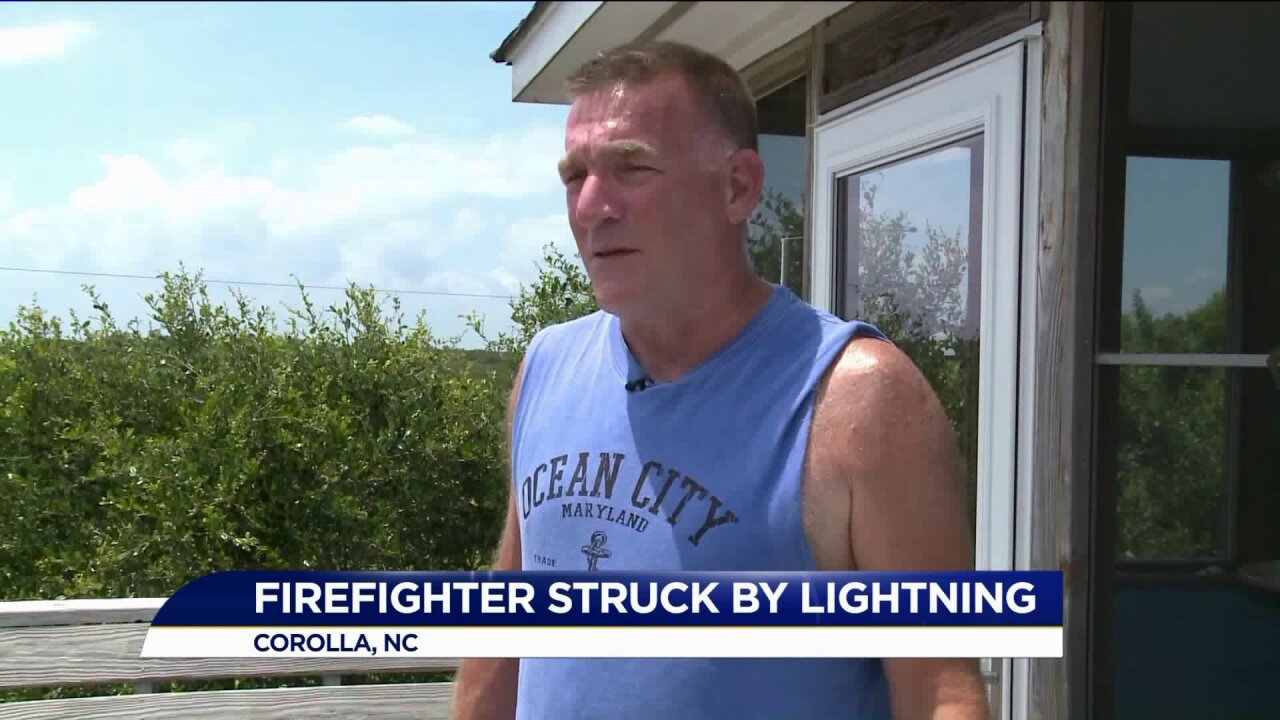 CAROVA, N.C. – Two men are recovering after being struck by lightning overnight in the Corolla/Carova Beach area in the Outer Banks.

A call came into Carova Fire and Rescue around 8:45 Tuesday night. The caller said a lightning strike had possibly started a brush fire off of Crane Road.

When the crews arrived on scene, the renter of the beach house and Fire Chief Jay Laughmiller were standing on the deck, looking over to where the lightning was reported when they were indirectly hit by lightning on the uppermost deck of the home.

The men said they were outside only because the storm had appeared to have moved out to sea, but that loud crack and flash of light proved otherwise as both men stumbled into the house following the blow.

Laughmiller told News 3 he felt as though he had been hit by a frying pan on top of his head. He described the lightning as a ‘splash’ moreso than a bolt hit.

The men were taken to a hospital in Virginia Beach and have been released but are still recovering. They told News 3 they are sore all over and feel fatigued, but they should be OK.

Only one medic is stationed in Carova, so the response time for the medic to get to the lightning victims was about 30 minutes on top of a 90-minute drive to the hospital.

The concern for the rest of the crew was leaving the beach unattended as the medic transported the victims.

Back on the beach a day later, both men feel lucky to even be here and they warn other beach goers to stay inside when storms roll through.