Newlyweds killed in crash were ‘the perfect couple,’ friends say 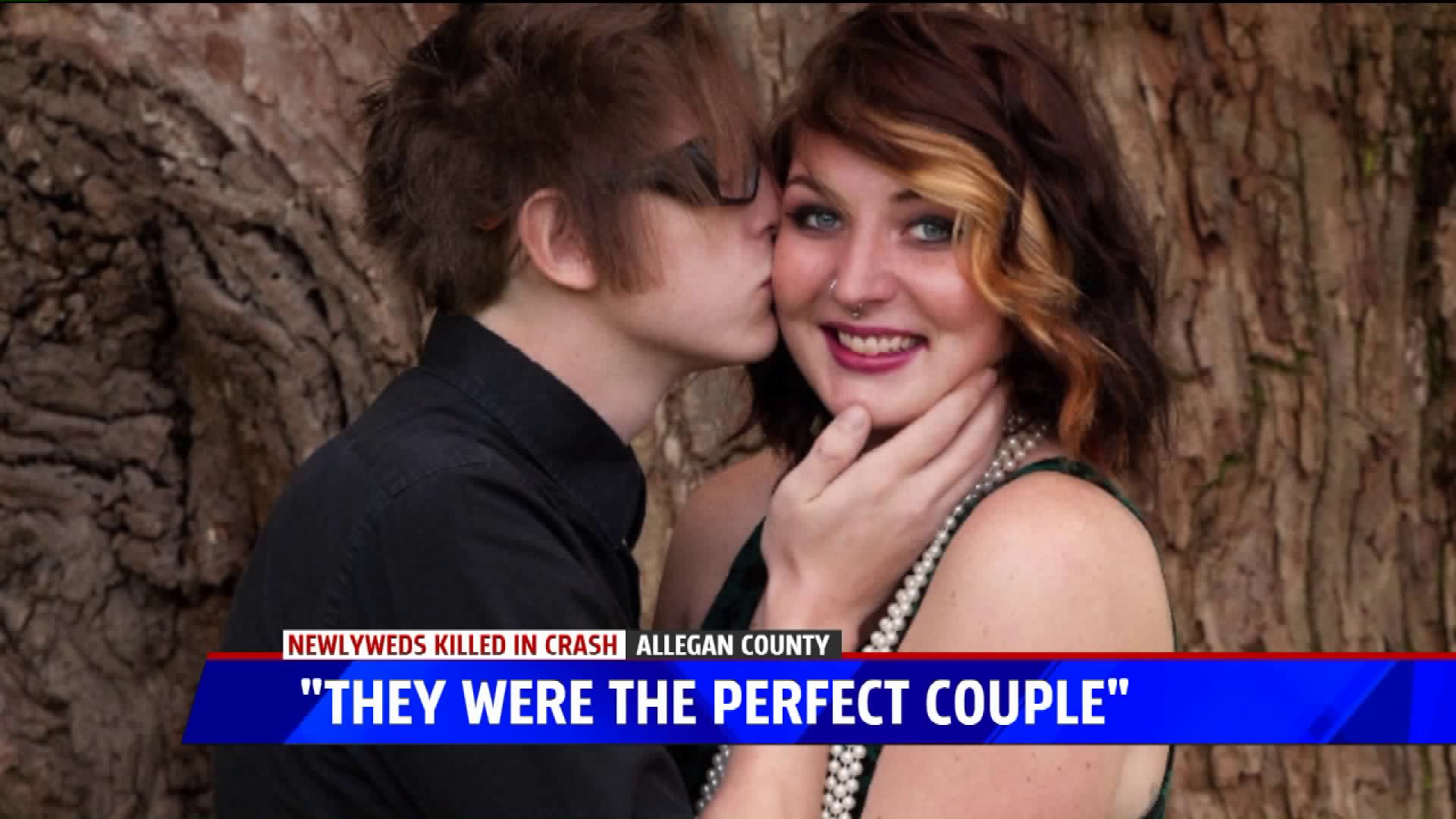 On Wednesday, Logan and Hannah Allbaugh's grieving friends described the couple's relationship as a fairytale, according to WXMI.

"It's just so horrible that they only got to enjoy three weeks of marriage," said Hannah's childhood friend, Derek Rice. "It's heartbreaking."

Logan, 24, and Hannah, 22, were married June 23 at the home of a childhood friend in Allegan County – just a few blocks from where their car would be hit by a driver who apparently blew through a stop sign.

The crash happened at about 3:45 p.m. Tuesday at M-40 and 128th Avenue in Heath Township.  Logan and Hannah both died at the scene, according to police.

"They fed off of each other in such a way that made everyone happy," said Lloyd Haskin. "They were inclusive, but protective, and strong and weak when they needed to be."

Friends say they are still in shock and the news hasn't fully settled in.

"They were the perfect couple," Rice said. "There will never be another couple like them. They were full of love and care and supported each other."

A memorial service has not yet been set.  The crash is still under investigation.