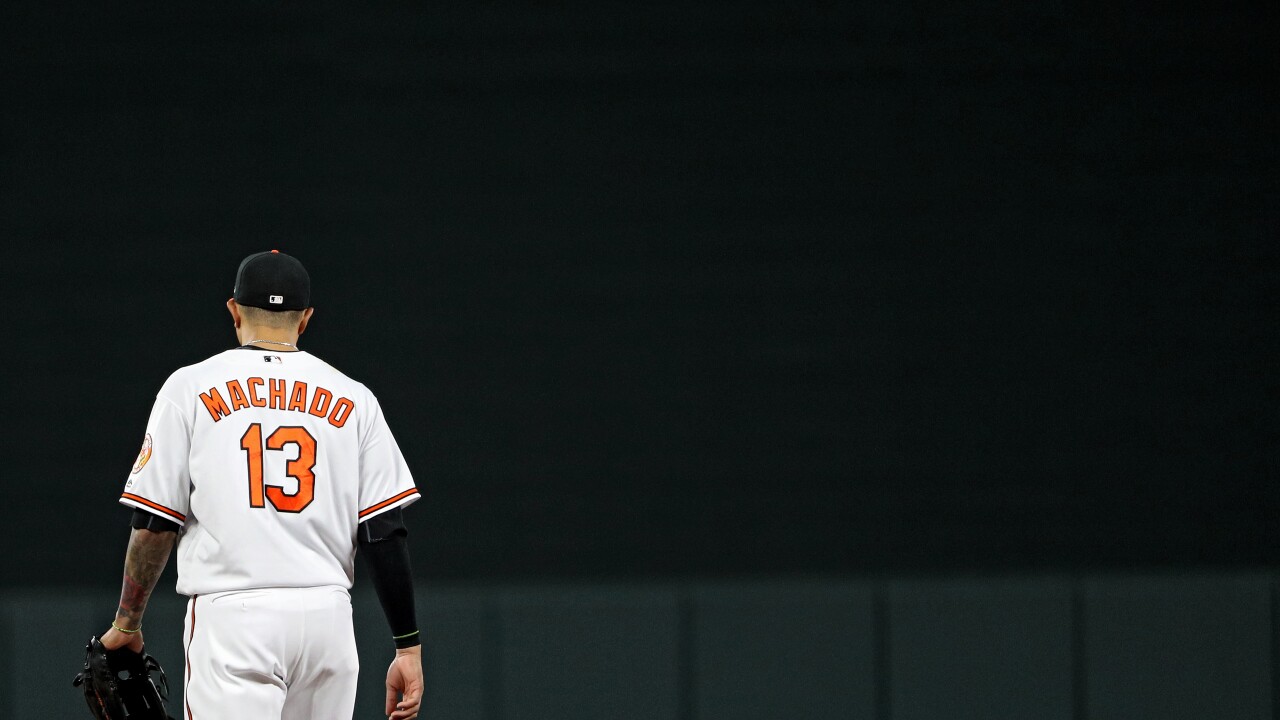 Machado, one of the top players in baseball, has been traded from the Orioles to the first-place Los Angeles Dodgers. Baltimore ships the 26 year-old, four-time All-Star to L.A. in exchange for five prospects.

The Orioles acquire OF Yusniel Díaz, INF Rylan Bannon, RHP Breyvic Valera, RHP Dean Kremer, and RHP Zach Pop in exchange for Machado. Valera will be assigned to Triple-A Norfolk, while the other four prospects have been assigned to Double-A Bowie.

Since April 30th, every start but one (June 30th) made by Virginia Beach native (Cox High School/UVA) Chris Taylor has come at shortstop. It’s expected Taylor will return to centerfield with the acquisition of Machado, who is eligible for free agency this coming offseason.

Valera has been optioned to Norfolk, while Díaz, Bannon, Kremer, and Pop have been assigned to Double-A Bowie.

Diaz was #Dodgers’ No. 4 prospect, according to @MLBPipeline. Bannon, a third baseman, was No. 27. Kremer, a right-handed pitcher, was No. 28. Pop is a right-hander in High A. Valera is a 26-year-old 2B who has seen time in majors this season.