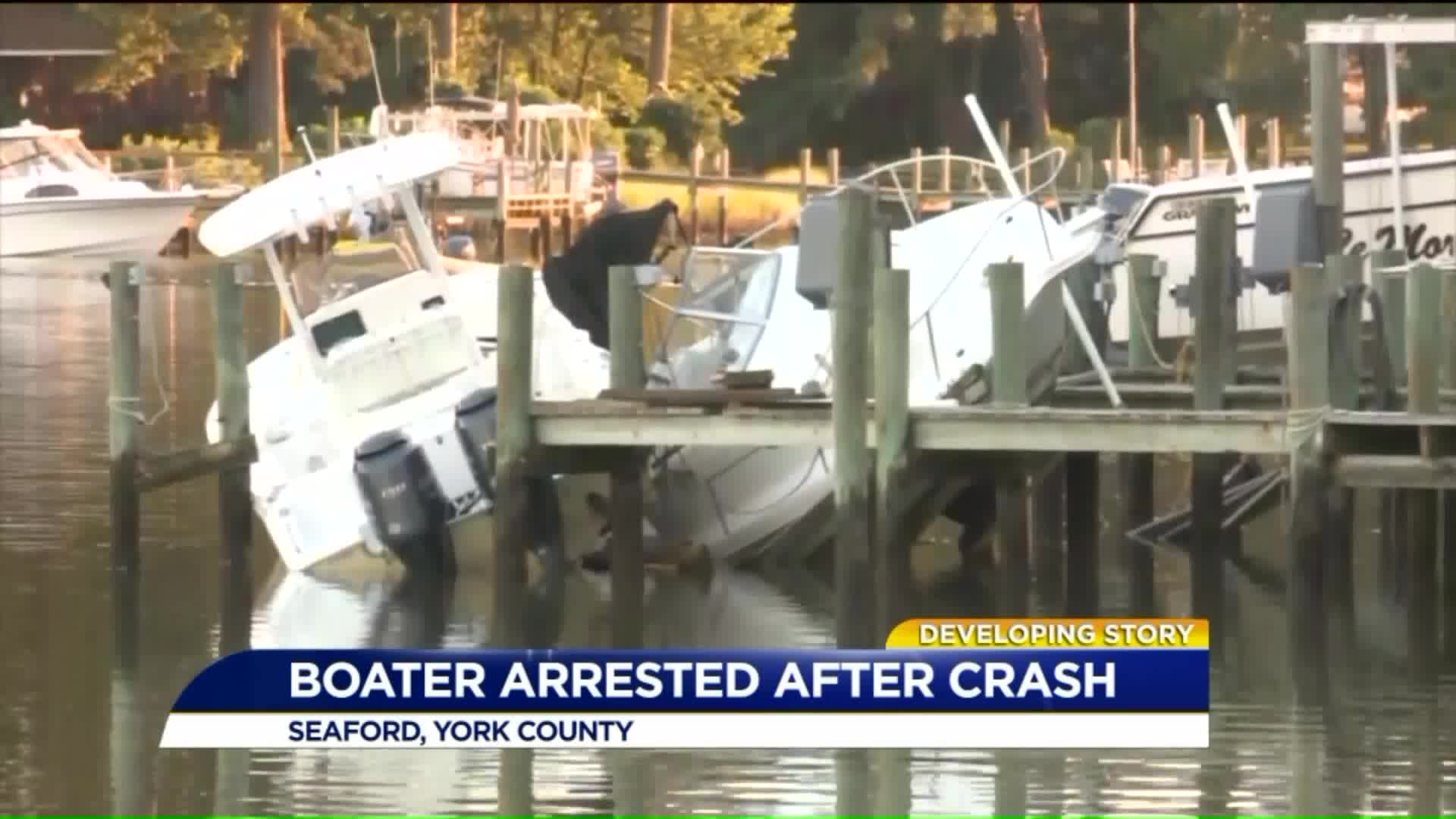 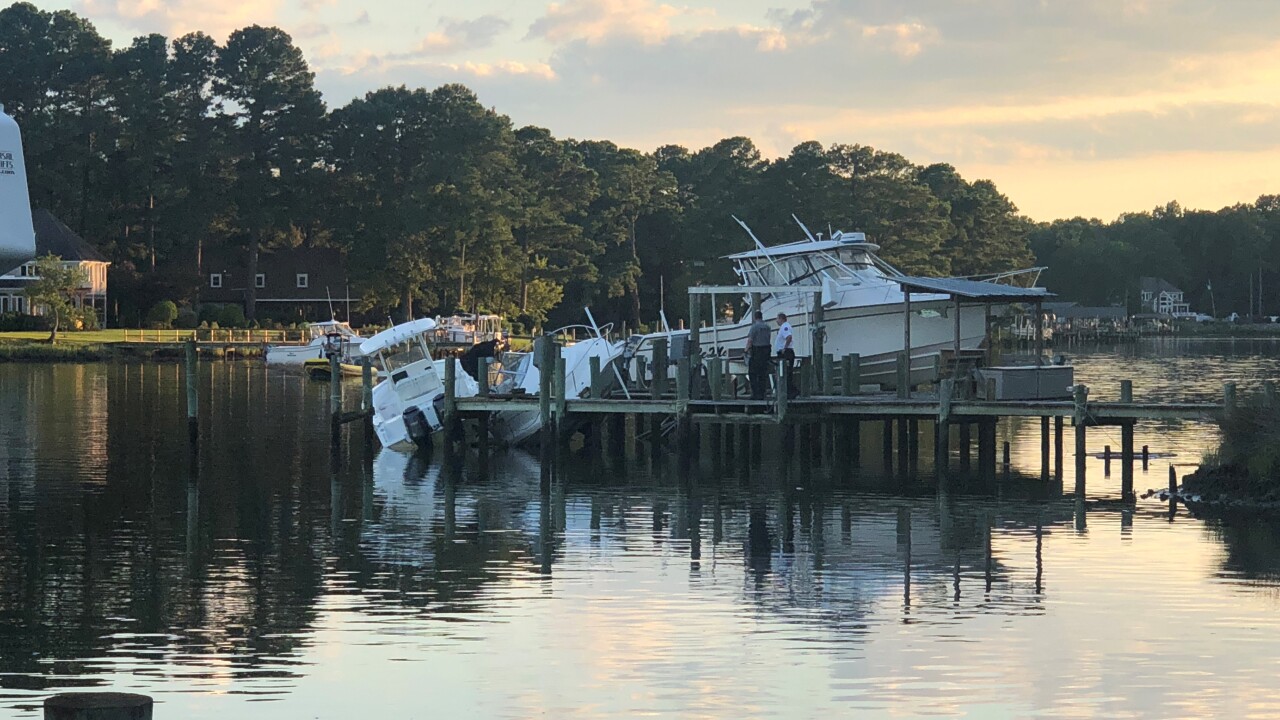 YORK CO., Va. - A man has been arrested after being accused of crashing a boat he was operating while under the influence in Seaford Wednesday night.

According to Virginia Marine Police, the crash happened around 7 p.m. They said Arnold Fay Thomas of York County was under the influence when he struck a pier and knocked down two boats.

Thomas was ejected from the boat. No injuries have been reported.

A witness told News 3's Kim Cung he pulled Thomas out of the water and waited for police to arrive.

"I got there on the dock; boat was still there, engine running," said Larry Caraway. "I shut the motors off and the person driving the boat was in the water under the boat."

Two boats tipped on their side and one ran up onto the dock after the crash, causing thousands of dollars in damage.

Thomas has been arrested for boating under the influence and is currently in a local jail.