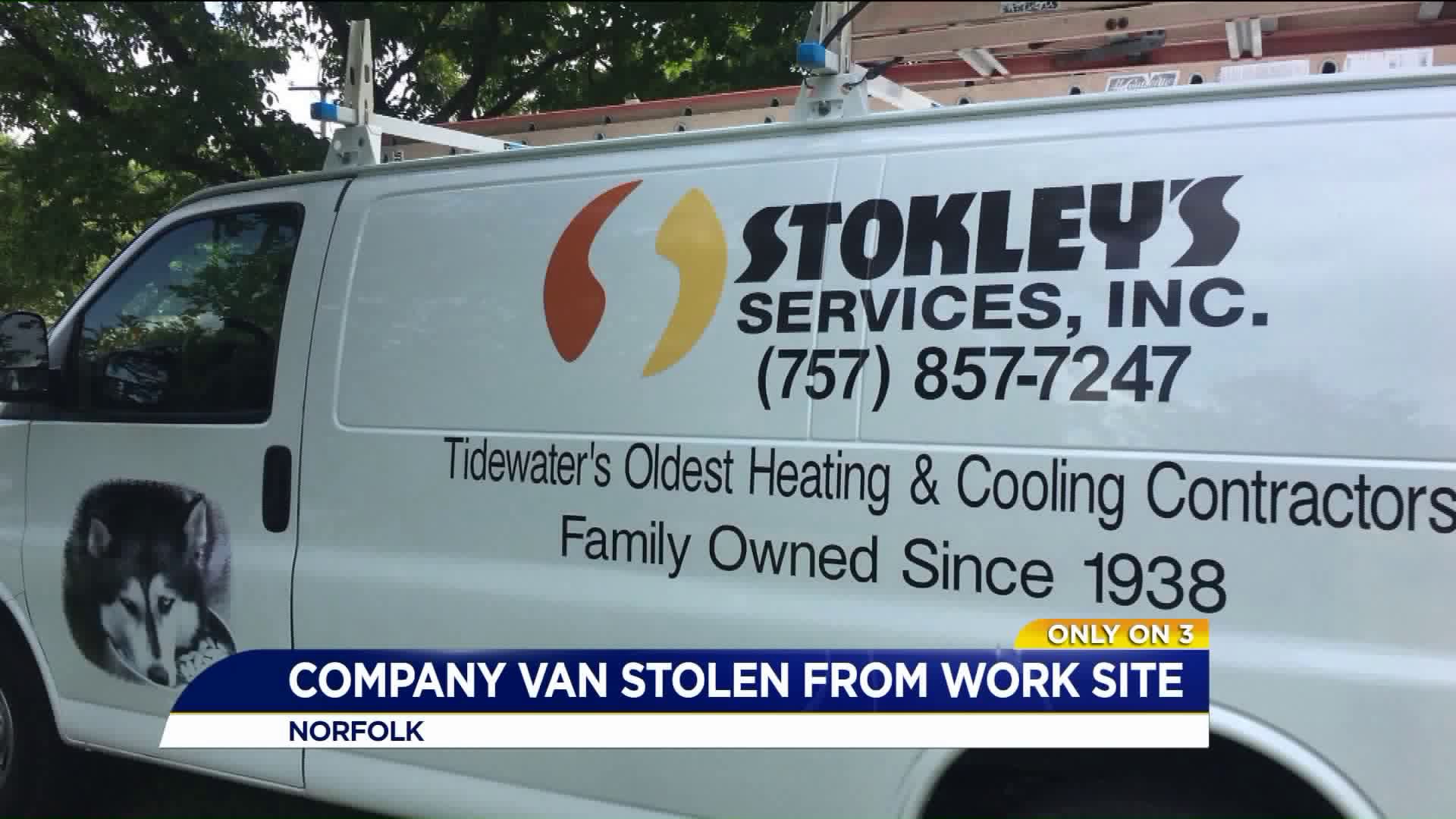 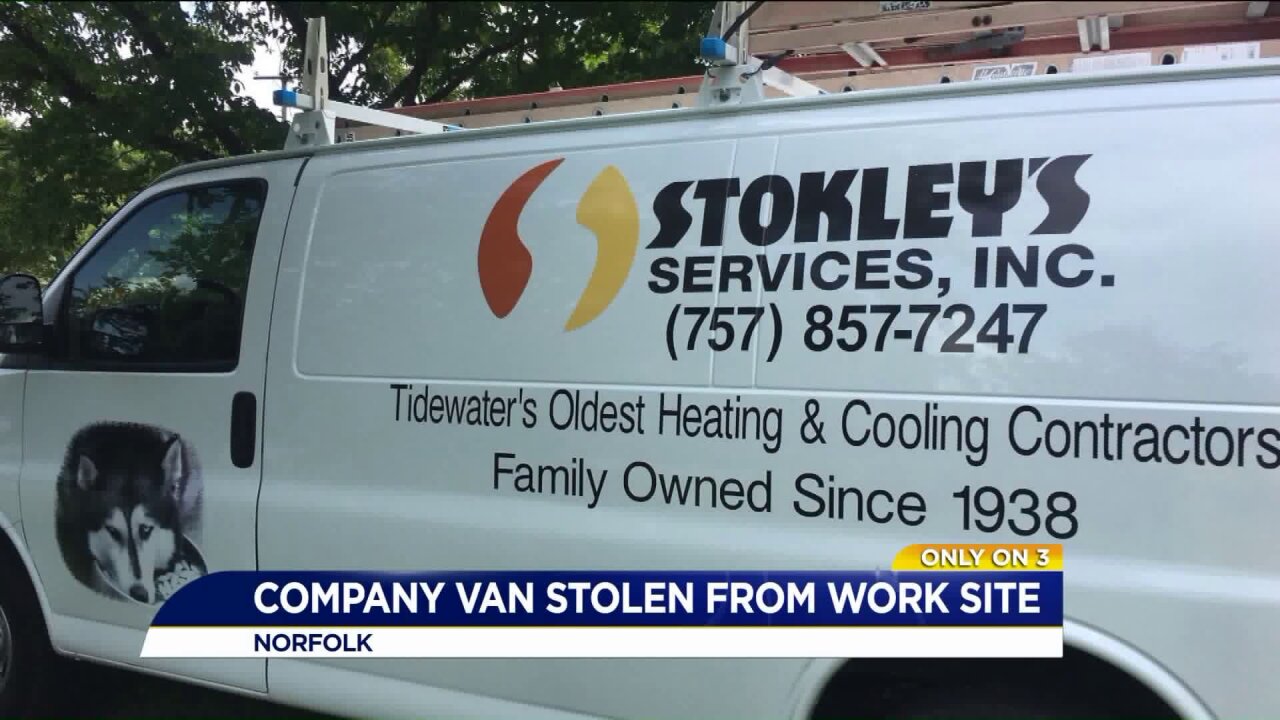 CHESAPEAKE, Va. - Stokley's Services has been catering to clients in Hampton Roads for 80 years, but this past week they experienced a first.

On Thursday, July 12 they say their brand new work van was stolen from a West Ghent neighborhood.

Robb Short, the owner of Stokley's, says it happened around 5 p.m. just as one of his workers was finishing up a job. He says the tech left the keys on the van's seat while getting some paperwork signed by the client. He was only away from the vehicle for a few minutes, but that was enough time for someone to gt into the van and drive off.

According to Short, the van was valued at $35,000 but inside the van there was $25,000 worth of tools. Now that the company is down a vehicle and tools, they can't take on as many jobs.

"Typically, he would be able to do 8-10 calls a day. Right now he can only do about three. That’s a big difference," said Short.

While insurance will help with some of the losses, Short says he is at a loss, not understanding how someone could steal a clearly marked car and get away.

"What type of person is going to steal a company vehicle with letters and phone numbers all over it? It makes no sense to me," said Short.

The vehicle is a white 2017 Chevy Express marked with the company's logo and a picture of one of his rescue dogs that recently died.

After the vehicle was stolen, Short took to social media in hopes that someone would see the van and report it. Thanks to Short's work with local animal rescues, the post has been shared hundreds of times, but still the van has not been found.

While Short is holding out hope that his post will continue to be shared and in the process, raise awareness about all the animals that need help in the Hampton Roads area.

If you see the van, call Norfolk Police or the Crime Line at 1-888-LOCK-U-UP.