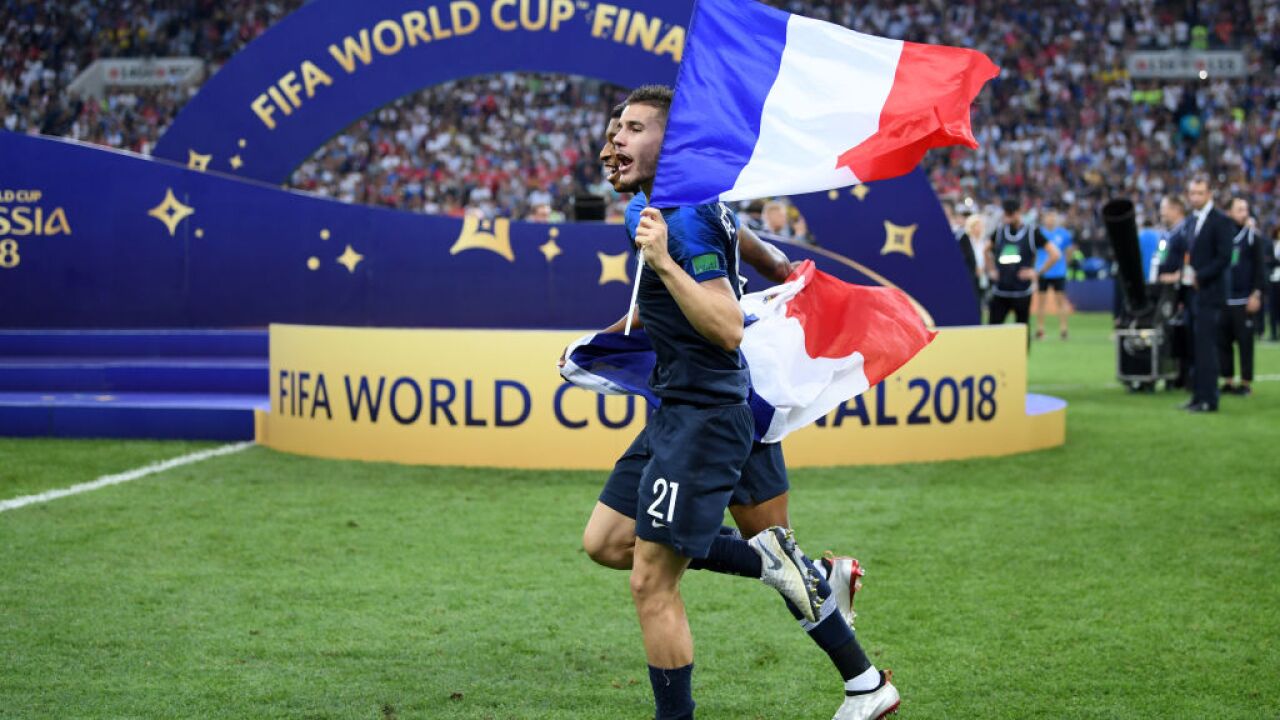 MOSCOW, Russia – France has won the FIFA 2018 World Cup after beating Croatia 4-2 in the final on Sunday.

France would lead first after an own goal off the head of Croatia’s Mario Mandzukic. But Croatia would pull even with France after a goal by Ivan Perisic.

Leading 2 to 1 by the end of the first half, France would extend its lead with a goal from Paul Pogba in the 59th minute and a goal from Kylian Mbappe in the 65th minute.

Mandzukic scored a goal for Croatia in the 69th minute off of a poor ball clearing decision by France’s goalie Hugo Lloris, but it was too late.

The World Cup win was the second for France, who previously won in 1998.

Croatia was the second smallest country to make the World Cup Final and had to beat home host Russia in the first round of elimination to advance to the Quarter Finals.

Belgium finished in third place after beating England on Saturday.

The next World Cup will be played in Qatar in 2022, followed by the 2026 World Cup, which is a joint bid between the U.S., Canada and Mexico.