Osprey dies after getting tangled in fishing line 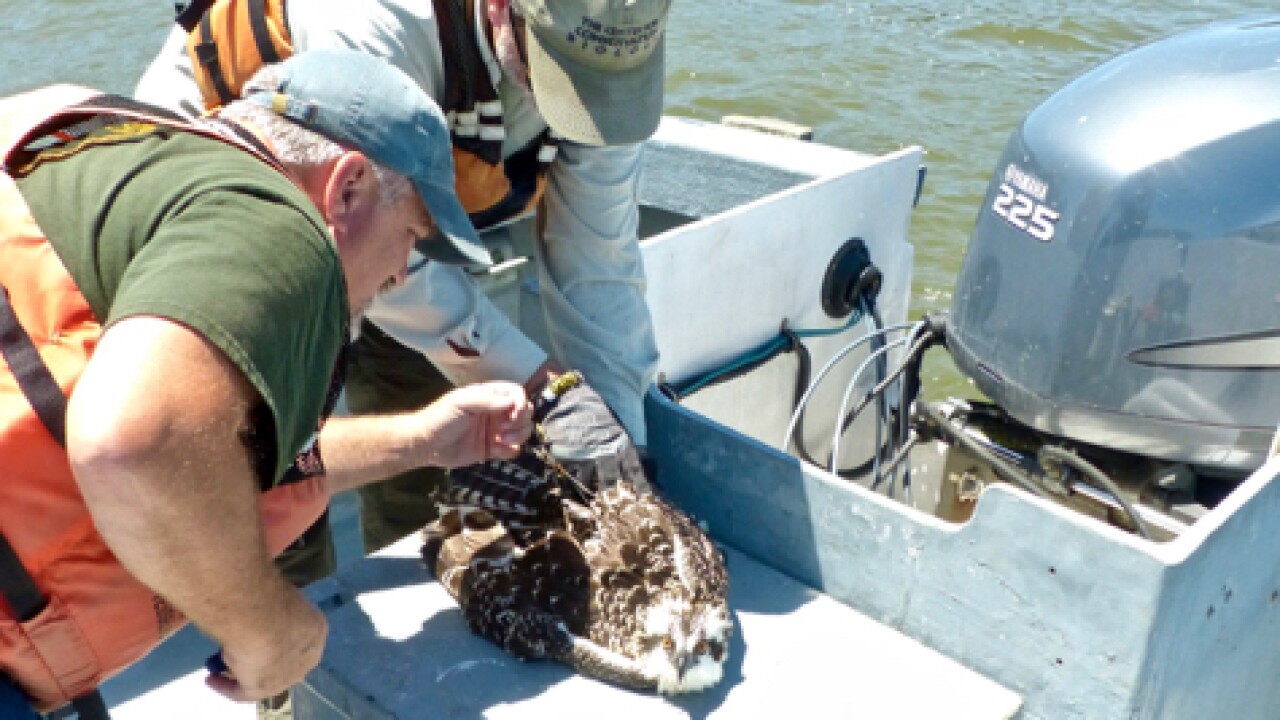 Followers of the OspreyCam video stream will be saddened to learn that one of this year’s two chicks had to be euthanized after getting caught in a fishing line, the Virginia Institute of Marine Science confirms.

The bird became entangled in the line last week, and despite efforts by staff from VIMS, the 7-8 week-old could not recover from injuries. The Center for Conservation Biology at William & Mary and the Wildlife Center of Virginia contributed to the efforts, but attempts to free the young bird’s wing were unsuccessful.

“The trauma to the left wing was too severe to correct, either surgically or medically—thus ruling out the possibility of recovery,” Dr. Ernesto Dominguez, the Wildlife Center’s Hospital Director, said in a press release.

VIMS OspreyCam viewers have witnessed trash, from plastic cups to flip-flops, make appearances over the past few years. Wildlife experts remain concerned about the issues plastic pollutants create in the environment.