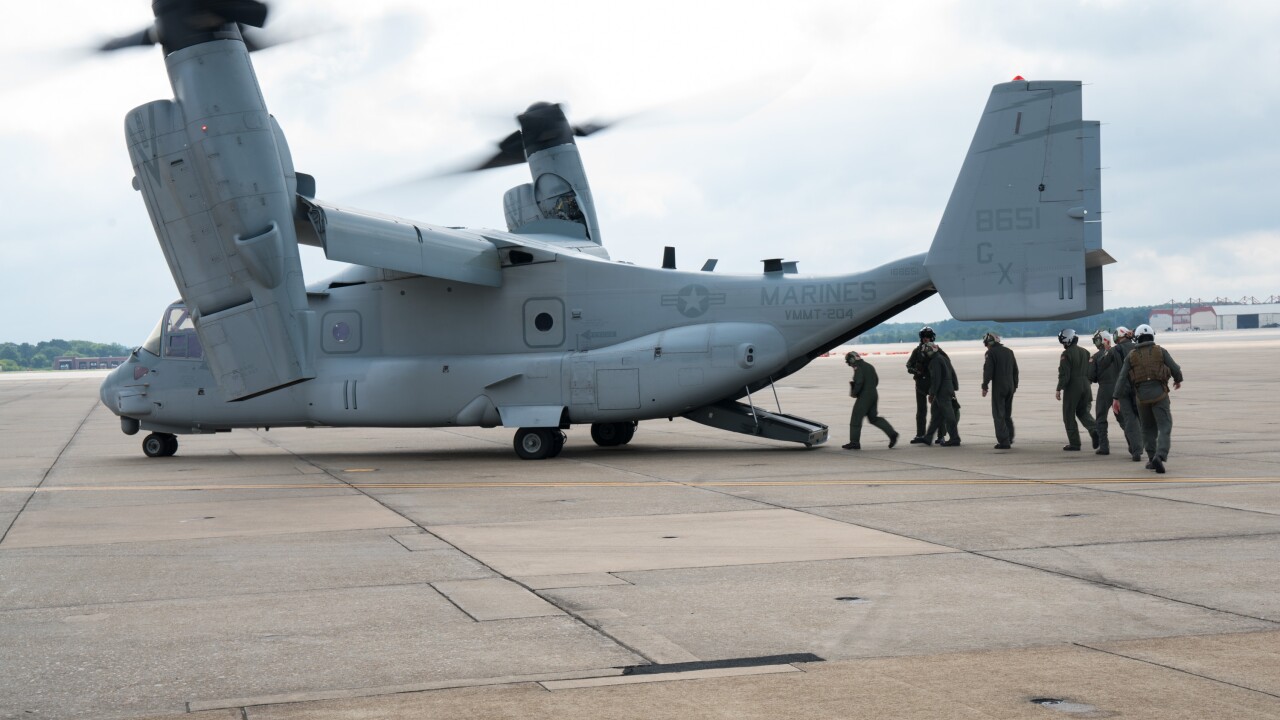 A view of the Osprey’s crew. (US Navy)

As the Osprey is introduced to the fleet, it will replace the fixed-wing C-2A aircraft to meet operational demands and enhance the Navy’s logistics support mission. The tilt-rotor aircraft will deliver personnel, mail and cargo to and from aircraft carriers from land-based supply centers.

The Osprey’s unique vertical takeoff and landing capabilities mirrors a conventional helicopter’s. while also having long-range cruise abilities similar to an airplane’s.

Yesterday’s flight was significant because, according to Deputy Commodore Captain Matthew Duffy, it marks the first time the entire flight crew for the Osprey has been all Navy personnel.