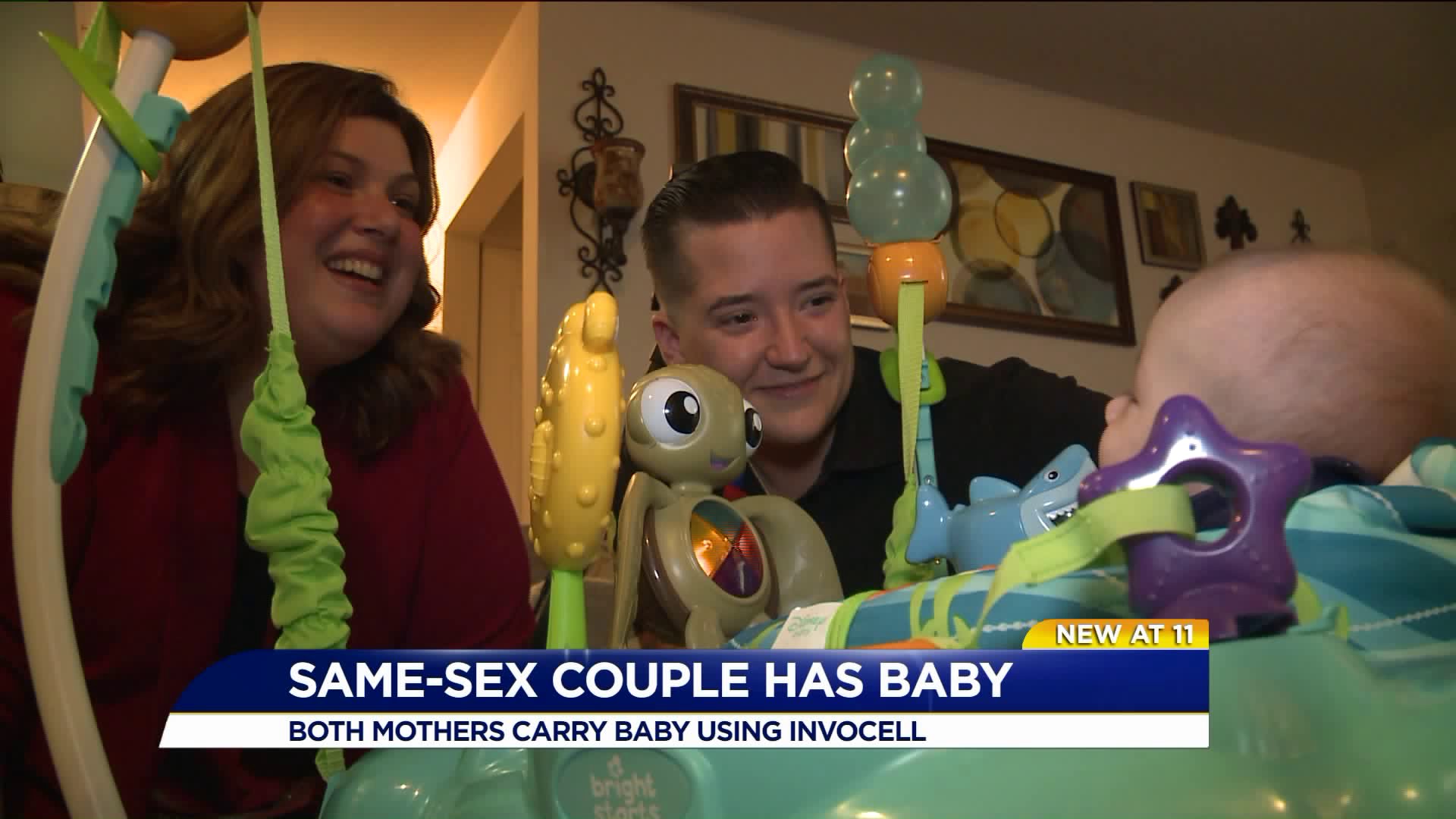 VIRGINIA BEACH, Va. - A game-changing device allowed a same-sex couple to have a baby of their own and both mothers played a role in bringing their child into this world.

It's called INVOcell, and while it is similar to IVF, it's much more affordable.

Kristin and Nicole Lamoreaux met, fell in love and got married. At the time, Nicole, who is in the Navy, and Kristin came to an agreement Kristin would be the one to carry their future child.

But that's not how fate planned it.

"I have a blood clotting disorder and on top of that, basically without the science lingo, anything that enters my body, my body rejects it. It was very hard for me to get pregnant," said Kristin.

Not to mention, it would be very dangerous for her and their future child. Another issue they both ran into was that they both had polycystic ovary syndrome, which makes it even more difficult to have a baby of their own. They went to the New Hope Center for Reproductive Medicine and Dr. Robin Ziegler-Poe got straight to work.

However, they had three failed pregnancy attempts. Then Dr. Ziegler-Poe recommended Kristin and Nicole try INVOcell, the first intravaginal system with FDA clearance in the U.S.

During INVOcell, the patient undergoes a minimal ovarian stimulation cycle. The eggs are retrieved, sperm is collected and together they're placed in the chamber of the INVOcell device. Then, that device is placed in the upper vaginal cavity to fertilize and hopefully, an embryo will develop.

What drew Dr. Ziegler-Poe to INVOcell is how it allows both Kristin and Nicole to be part of the process.

"I think that this is going to revolutionize the field of infertility. I really believe that," said Dr. Ziegler-Poe. "Prior to this time many of the lesbian couples were doing donor sperm inseminations because co-IVF with all the lab services was very cost-prohibitive. But now with INVOcell, they both can be part of the whole process and that's such a neat thing to see."

Eggs were retrieved from Nicole and placed with donor sperm into the INVOcell device.

"She [Kristin] carried him for five days, which I think is amazing. She was able to carry him and help him grow and to be able to take that little guy out and put him in me, and I grew him too," said Nicole.

Nicole gave birth to Louie four weeks early, but he was happy and healthy. Dr. Ziegler-Poe said their case was the first time INVOcell had been used in that way. For Nicole and Kristin, it's something they only could have dreamed of. Only two eggs were retrieved from Nicole and only one embryo survived.

Turns out, that's all they needed.

"I think this was something that we could only have dreamed of and now it's here," said Kristin. "I think that the best part of it is we got to do it together, and a lot of people don't say that."