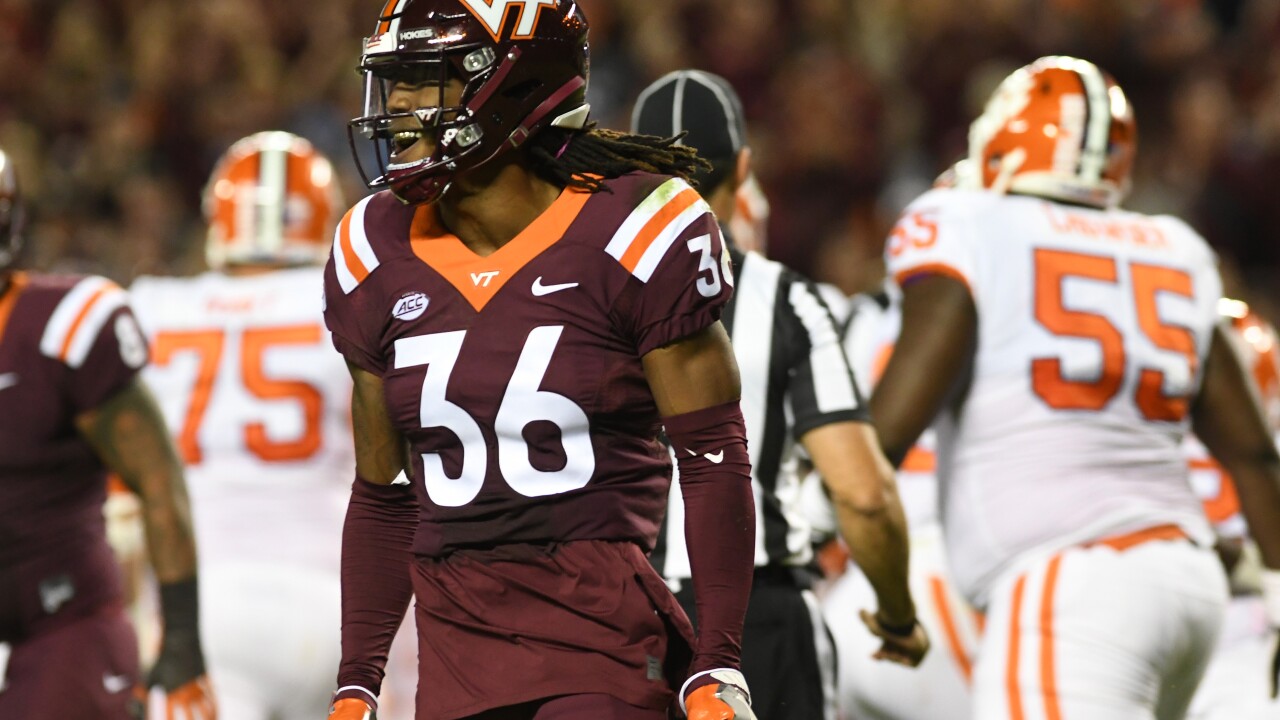 BLACKSBURG, VA – SEPTEMBER 30: Adonis Alexander #36 of the Virginia Tech Hokies celebrates a tackle during the second half against the Clemson Tigers at Lane Stadium on September 30, 2017 in Blacksburg, Virginia. (Photo by Michael Shroyer/Getty Images)

LOUDOUN COUNTY, Va. – It seems that a Blacksburg to burgundy & gold pipeline has been established. During Wednesday’s 2018 Supplemental Draft, the Washington Redskins selected former Virginia Tech cornerback Adonis Alexander in the sixth round.

As a result, the Redskins will forfeit their 2019 sixth round draft pick.

Alexander was dismissed from the Hokies on June 1st, per a press release. “We wish Adonis the very best as he determines the next steps he wishes to pursue,” Tech head coach Justin Fuente said.

In three seasons at with the Hokies, Alexander played in 34 games, with 15 starts. He recorded 27 tackles, an interception,sack, and five passes defensed in 2017. The Charlotte, North Carolina native finished his career with 91 tackles, 17 passes defensed, and seven interceptions.

With the addition of Alexander, the ‘Skins announced punter Sam Irwin-Hill was waived.