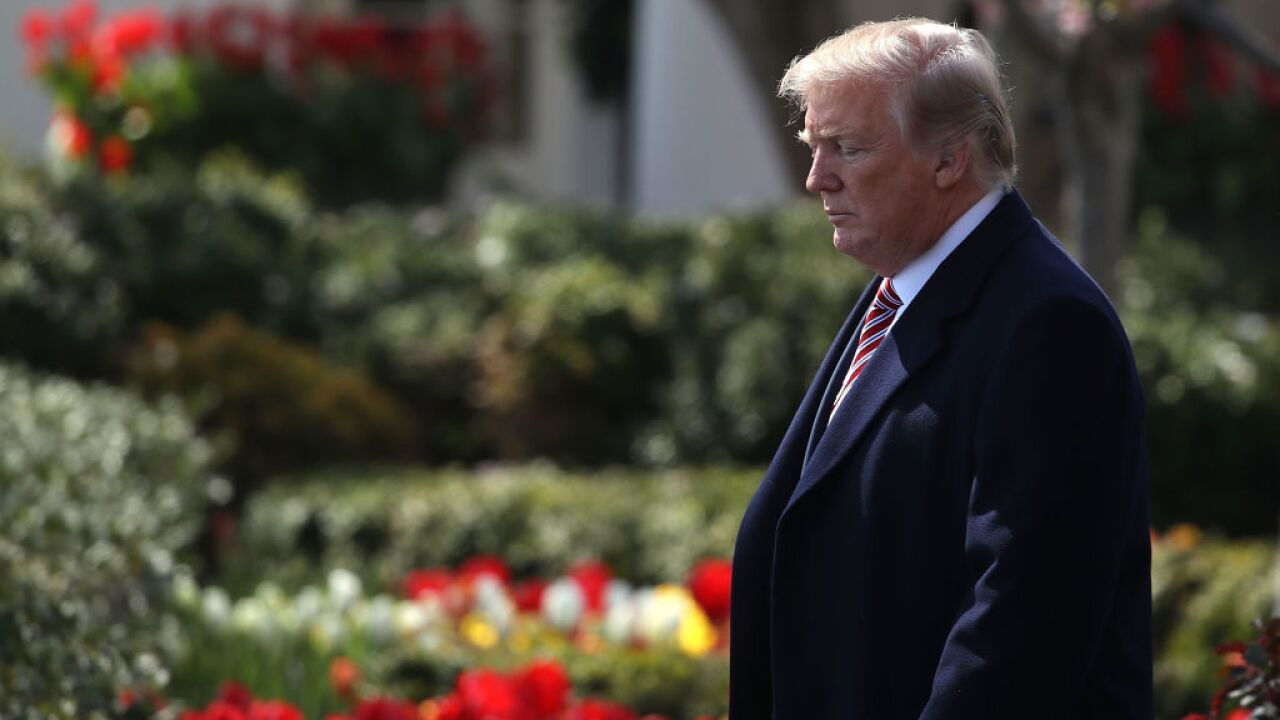 US President Donald Trump appeared ready to maintain his sparring stance ahead of his first day of NATO meetings and the traditional “family photo” op, appearing to taunt European Union allies just as he touched down Tuesday.

But the President’s mid-air tweets aboard Air Force One slamming NATO allies for failing to meet their defense spending commitments and upbraiding the European Union over what Trump perceives as an unfair trading relationship came as little surprise to the European counterparts Trump is set to meet with over the next week.

A US president juking for confrontation has become the norm in the West, most recently when he infuriated the top allies at the G7 summit in Quebec. That summit turned into a fiasco when Trump took aim at the summit’s host, Canadian Prime Minister Justin Trudeau, soon after he departed the meeting.

Trump is facing a similar setting in Brussels as NATO member countries have gathered for the alliance’s annual summit while Trump continues to fume about insufficient defense spending from European allies and unfair trading relationships. Trump sent threatening letters to NATO allies ahead of his visit warning key allies they could lose US support unless they ramped up their defense spending.

And the US President’s summit with Russian President Vladimir Putin in Helsinki also looms large for the NATO allies who worry that Trump is growing too close to the US and Europe’s foremost antagonist.

Trump has already suggested he is looking forward to that meeting more than any portion of his trip.

“I have NATO, I have the UK, which is in somewhat turmoil, and I have Putin. Frankly, Putin may be the easiest of them all. Who would think? Who would think?” Trump said on Tuesday as he left the White House.

While Putin has offered no criticism ahead of his meeting with Trump, the US President’s arrival in Europe has already been met with warnings from top European leaders.

“Dear America, appreciate your allies,” Tusk said ahead of Trump’s arrival Tuesday. “After all you don’t have that many.”

Trump’s controversy-stoking tweets ahead of his arrival in Belgium matched similar attempts by the US President to sow discord and project strength ahead of his arrival at the G7 in Quebec last month, when he criticized G7 allies over trade before arriving to gladhand his foreign counterparts as if nothing had happened. This time, he focused on calling out his sense that the US has been bearing an unfair burden of the NATO alliance’s defense costs.

“Many countries in NATO, which we are expected to defend, are not only short of their current commitment of 2% (which is low), but are also delinquent for many years in payments that have not been made. Will they reimburse the U.S.?” Trump tweeted on Tuesday, quickly following up that tweet with one accusing the European Union of “making it impossible for our farmers and workers and companies to do business in Europe.”

US Ambassador to NATO Kay Bailey Hutchison, meanwhile, emphasized the importance of strengthening the alliance ahead of Trump’s visit — indicating some cognitive dissonance with the President.

“The major thing, the major deliverable, the major overall theme of this summit is going to be NATO’s strength and unity,” Hutchison told reporters on a call previewing the summit, before ticking down a list of NATO plans for boosting the alliance.

And while she noted the “emphasis on burden-sharing,” Hutchison focused on the fact that “every one of our allies — 100% — are increasing defense spending” and noted that US allies are “on track to make the 2% pledge” regarding defense spending as a proportion of GDP.