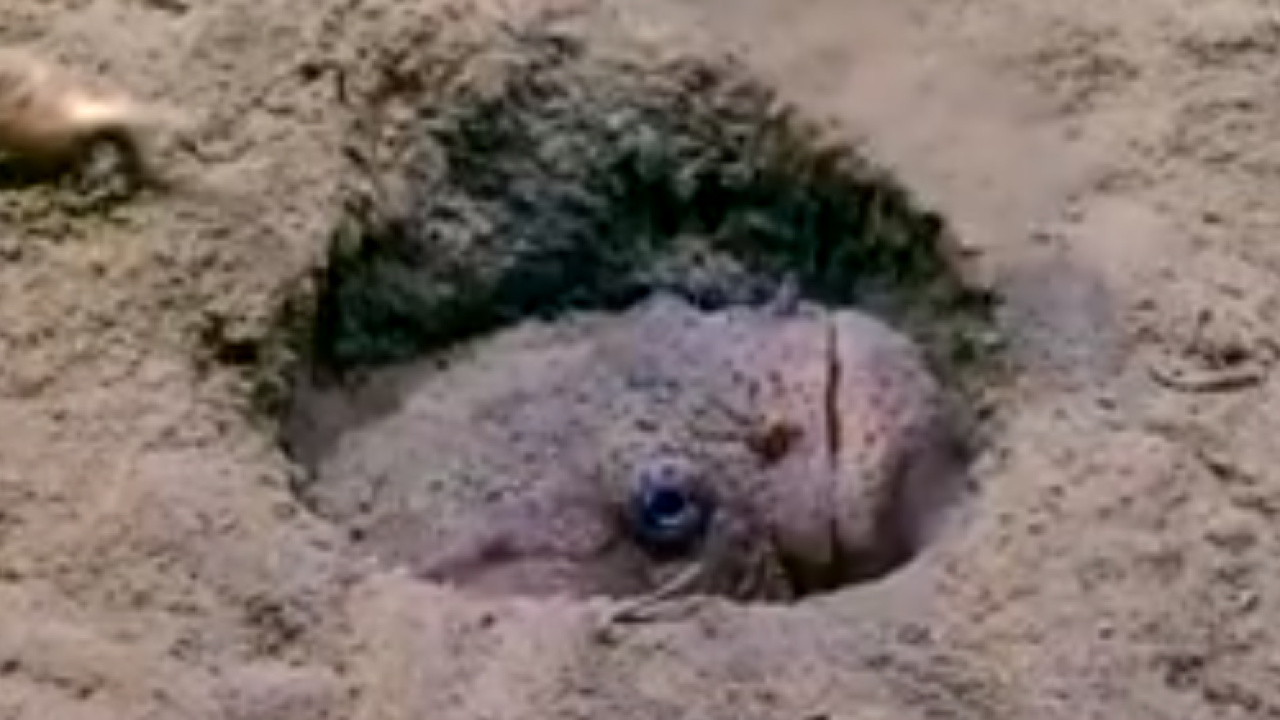 The dive was conducted approximately 25 miles off Pea Island in the Outer Banks.

The footage gives researchers the rare opportunity to document a predation event in the deep sea, while highlighting the trophic links between animals that live in the water column with those that live on the seafloor.

This video highlights a benthic fish dwelling in a burrow, snatching a large midwater fish with quill worms as onlookers.

This burrowing fish was hard for scientists to identify at first, as it resembles both an offshore toadfish and a wrymouth. However, freezing the video just before the attack, you can see three of the photophores that scientists can use to help determine the species of fish.

According to the NOAA, during Dive 16, the specimen was far enough out of its burrow that the photophores under the eye and along the lateral line were clearly visible, allowing for confirmation of identification: an Atlantic Midshipman, Porichthys plectrodon. These fish are sit-and-wait ambush predators, like anglers and lizardfishes, and have some of the fastest strikes of any fishes – so fast that it takes super-slow motion video to actually see what is happening.

The victim for this predator was a water column fish, a barracuda in the family Paralepididae, identifiable based on the big eye and long straight jaws with straight gape. It is interesting that this fish appeared damaged before being eaten – mucus coat frayed and a strip of skin dragging along the side of the body.