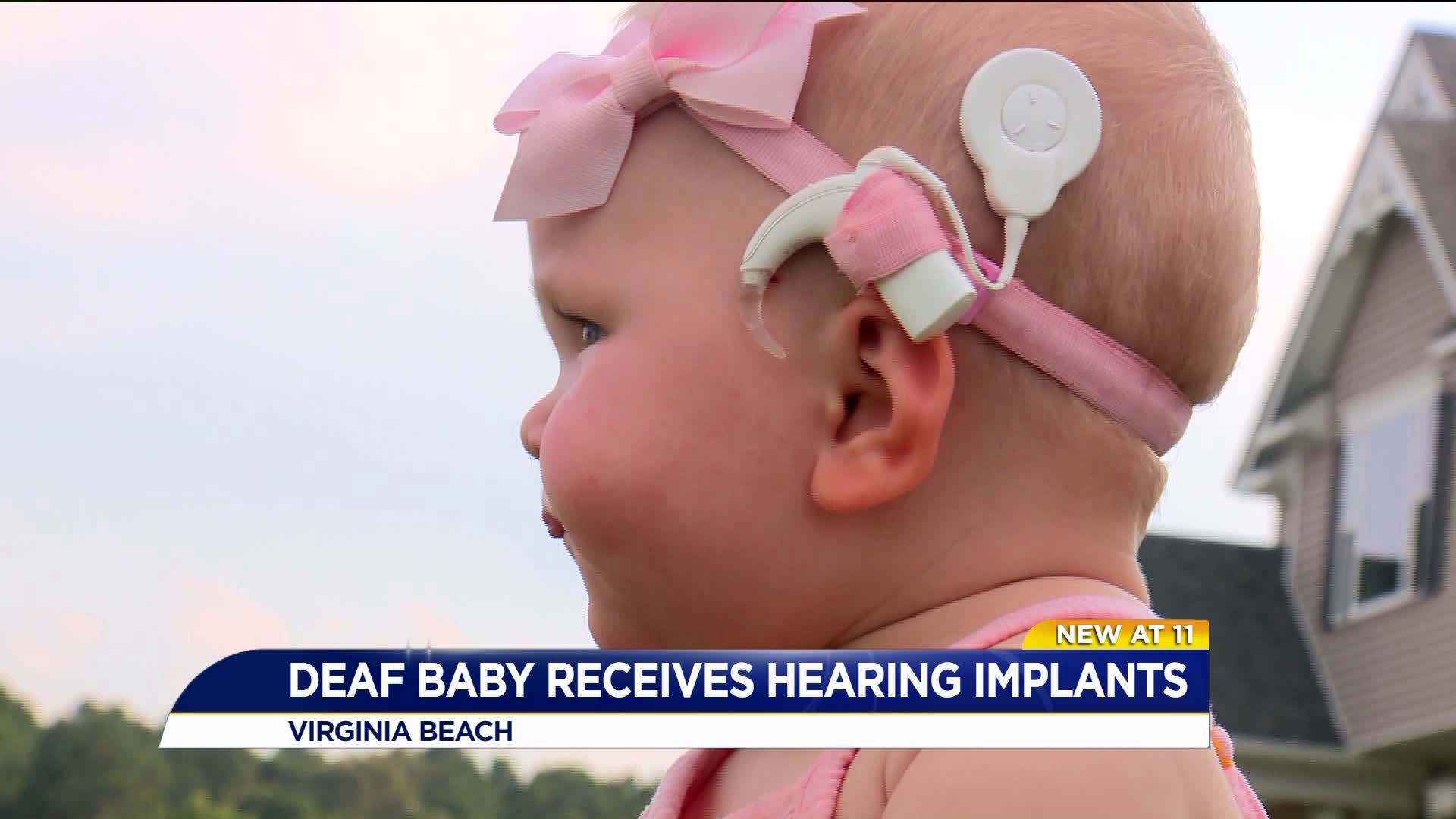 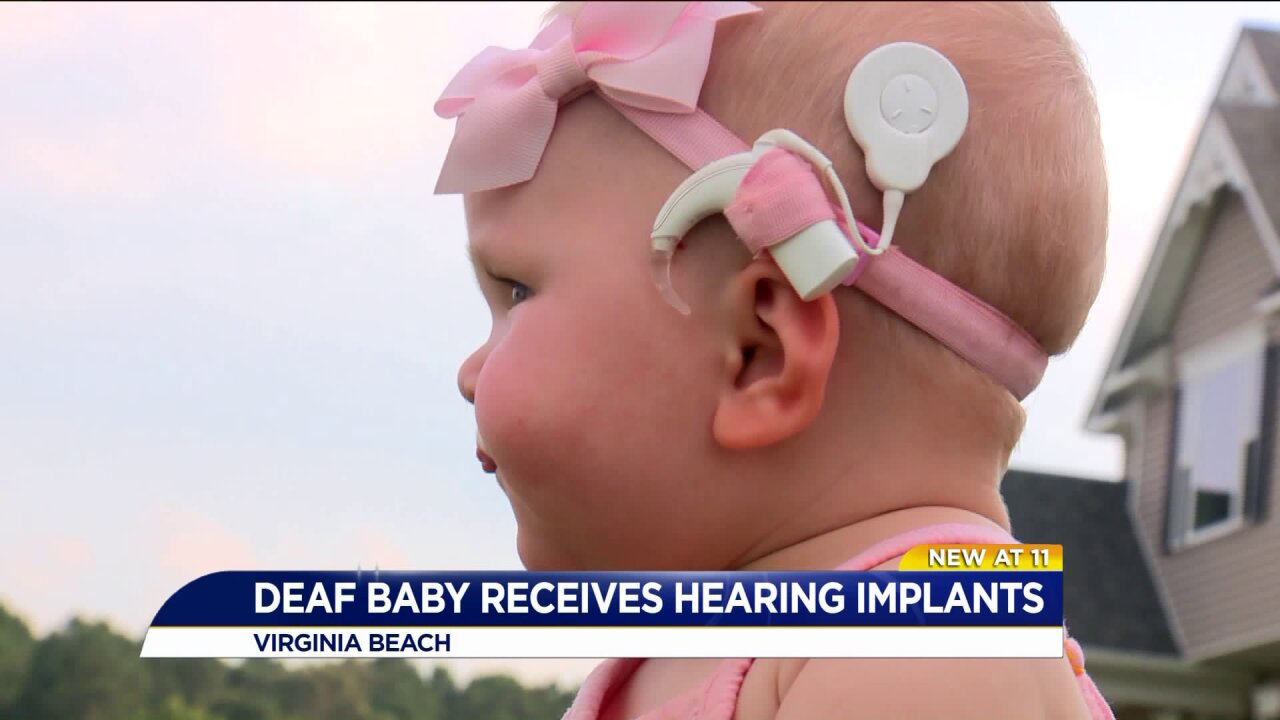 VIRGINIA BEACH, Va. - Wearing a floral onesie and her trademark pink glasses Charlotte, or Charly as she's affectionately known, makes the same pouting face her parents have only seen once before: when she could hear her mom for the first time with hearing aids. Now, with her cochlear implants turned on, the same sweet pouting face returns.

"It was incredible. Amazing it's all even possible," said Christy Keane, Charly's mom.

Charly got her cochlear implants turned on Monday, a few weeks after having the surgery. The hearing aids she previously wore on loan from the Virginia Hearing Aid Loan Bank have been returned and will soon go to another family. Christy said Charly bounced back six hours post operation and has been her bubbly self ever since.

When Charly was born, she failed her first hearing test. Christy, who was formerly a NICU nurse, didn't think anything of it. She chalked it up to be fluid in the ears. But four days and more failed tests later, Christy and her husband learned Charly was born profoundly deaf.

"We had never met a deaf person in our life. I was fully expecting them to tell me there was fluid in her ears," said Christy.

A video of Charly hearing for the first time with hearing aids went viral and has been viewed more than 14 million times. Since then, Christy has become a hearing loss advocate and posts plenty of videos and photos of her two daughters to her Instagram account, where it's met with an overwhelming response.

CHARLY HEARS MAMA WITH HER COCHLEAR IMPLANTS FOR THE FIRST TIME! 🎉 She sang, she danced, and and made the same sweet pout that we haven’t seen since her first hearing video. When she was born completely deaf we didn’t know any of this was possible. Charly girl- we love you so very much and can’t wait to see all of the big things you do in life! #darlingcharly #charlyshearingjourney #cochlearimplants #firsttime #deafkidsrock

"It kind of turned around the whole emotion from being something that upset us because we didn't understand it into something so beautiful and giving us a new perspective," said Christy.

The decision for Charly to get cochlear implants was met with some criticism. However, that's something Christy has learned to deal with from publicly sharing her family's journey. However, she believes she and her husband have made the right choice for Charly and their family.

"A lot of people messaged me I would be mutilating my child so I had these very negative images in my head. But I couldn't have had an opposite experience. I feel like her scars are so beautiful. I think her cochlear implants are so beautiful and she's just the same old sweet girl," said Christy.

The same sweet girl with pink glasses for her astigmatism, a bubbly personality and an affinity for all things pink, including the bow headband holding her implants. The cochlear implants Charly wears can be turned up in volume every few days and on Wednesday, Christy turned them up a notch for the first time. It was Christy's birthday present of sorts.

Living in Virginia Beach comes with perks, including a supportive and active deaf community, said Christy. They attend a group called Families to Families while Christy takes on other roles in the community. Through it all, Christy wants to share a message to other families who have a child who is deaf or hard of hearing.

"There is not a wrong option as long as you are giving your child love and language. Then you're doing a great job. This journey has been what's worked for us."