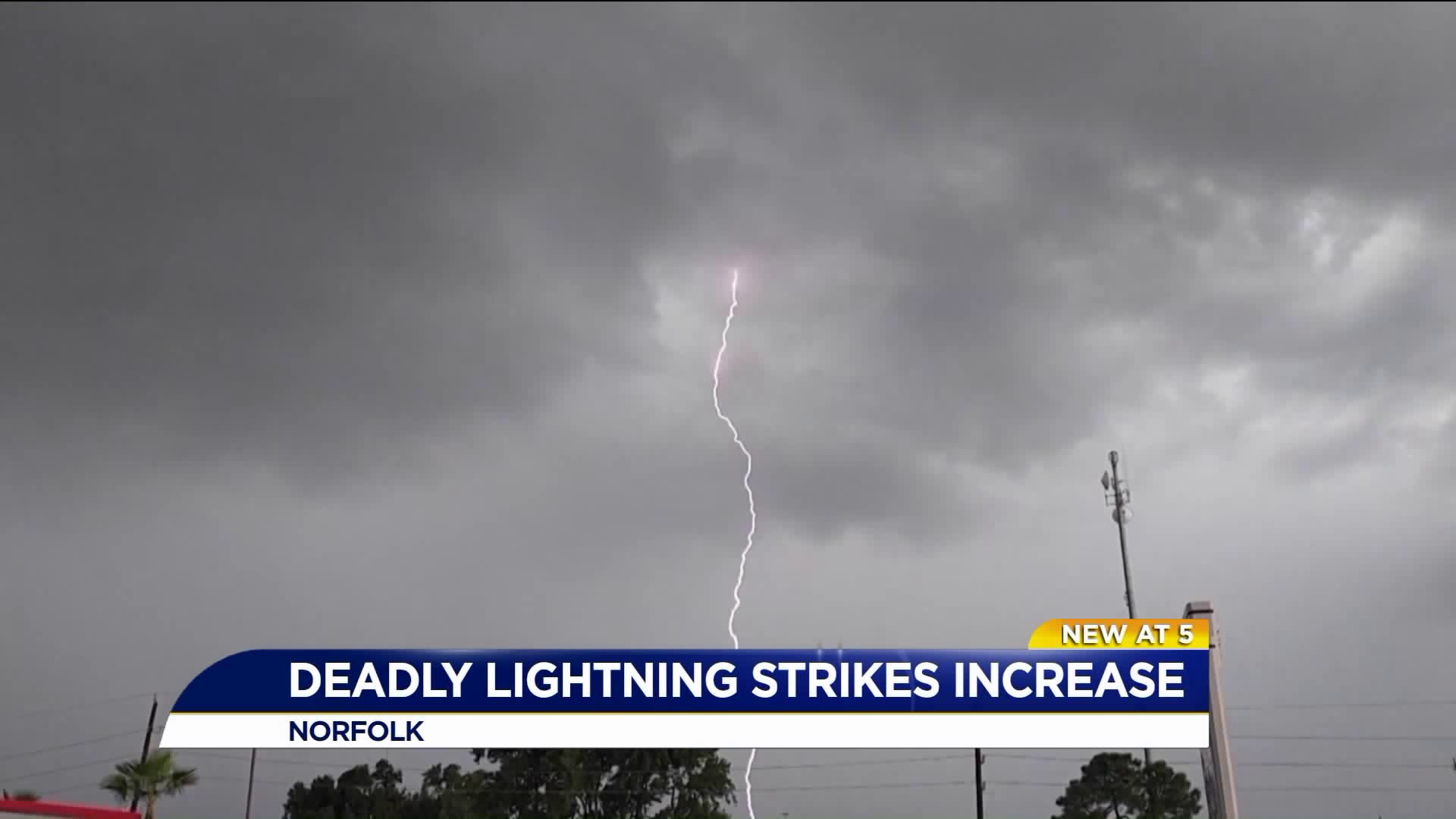 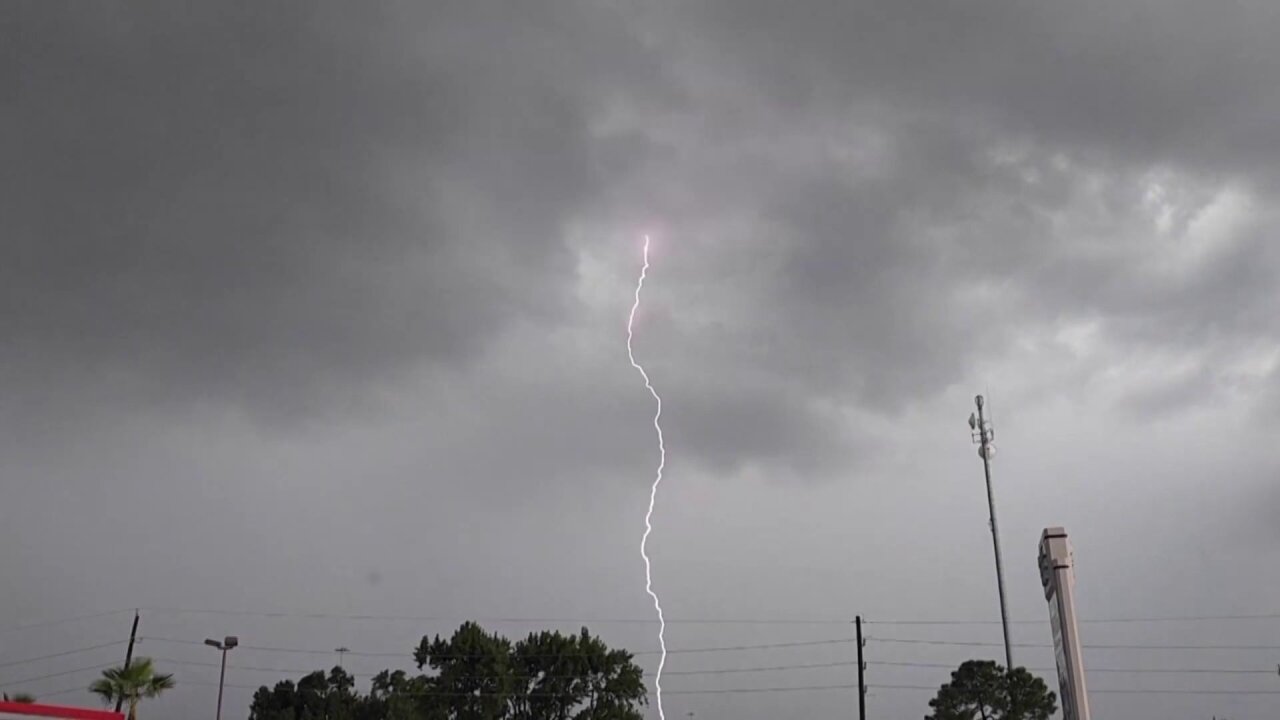 VIRGINIA BEACH, Va. - Your chances of being struck by lightning go up in the month of July, according to the National Weather Service.

The chances are rare, but it happens.

NOAA released a report that stated 376 people were struck and killed by lightning in the U.S. between 2006 and 2017.

The report said that the common belief is that golfers are responsible for the greatest number of lightning deaths, but that was shown to be a myth.

It stated that during a 12-year period, fishermen accounted for more than three times as many fatalities as golfers, while beach activities and camping each accounted for about twice as many deaths.

It also stated that men account for 80 percent of all deaths.

The report indicated that 70 percent of lightning deaths occurred in the months of June, July and August, with Fridays, Saturdays and Sundays having slightly more deaths than other days of the week.

In our region, a five-year-old boy died in July 2016 in Currituck County, North Carolina.

The child and his family were at the beach visiting when he was hit by lightning. He passed away due to traumatic burns.

For lightning safety tips and other resources from the National Weather Service, click here.