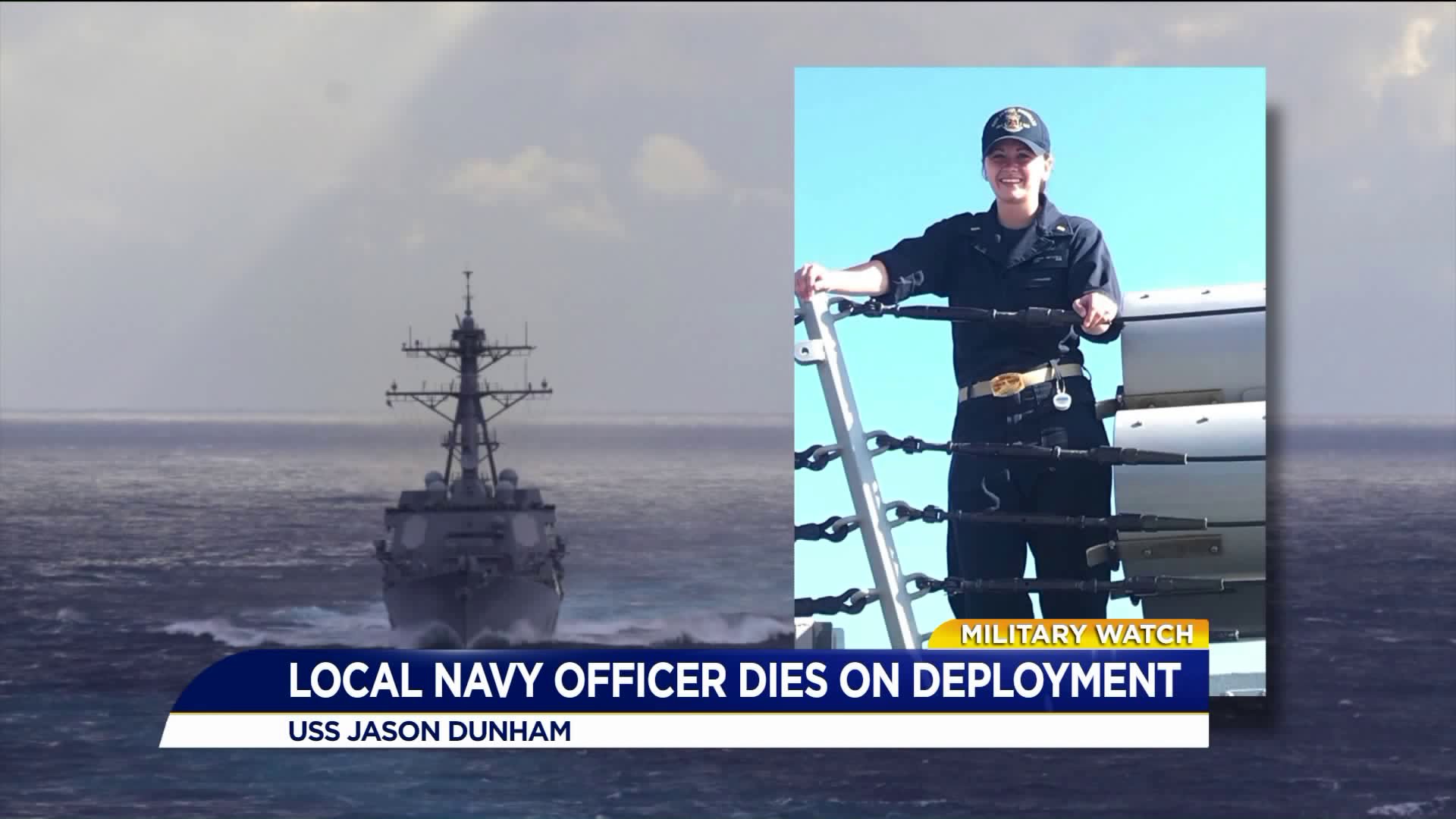 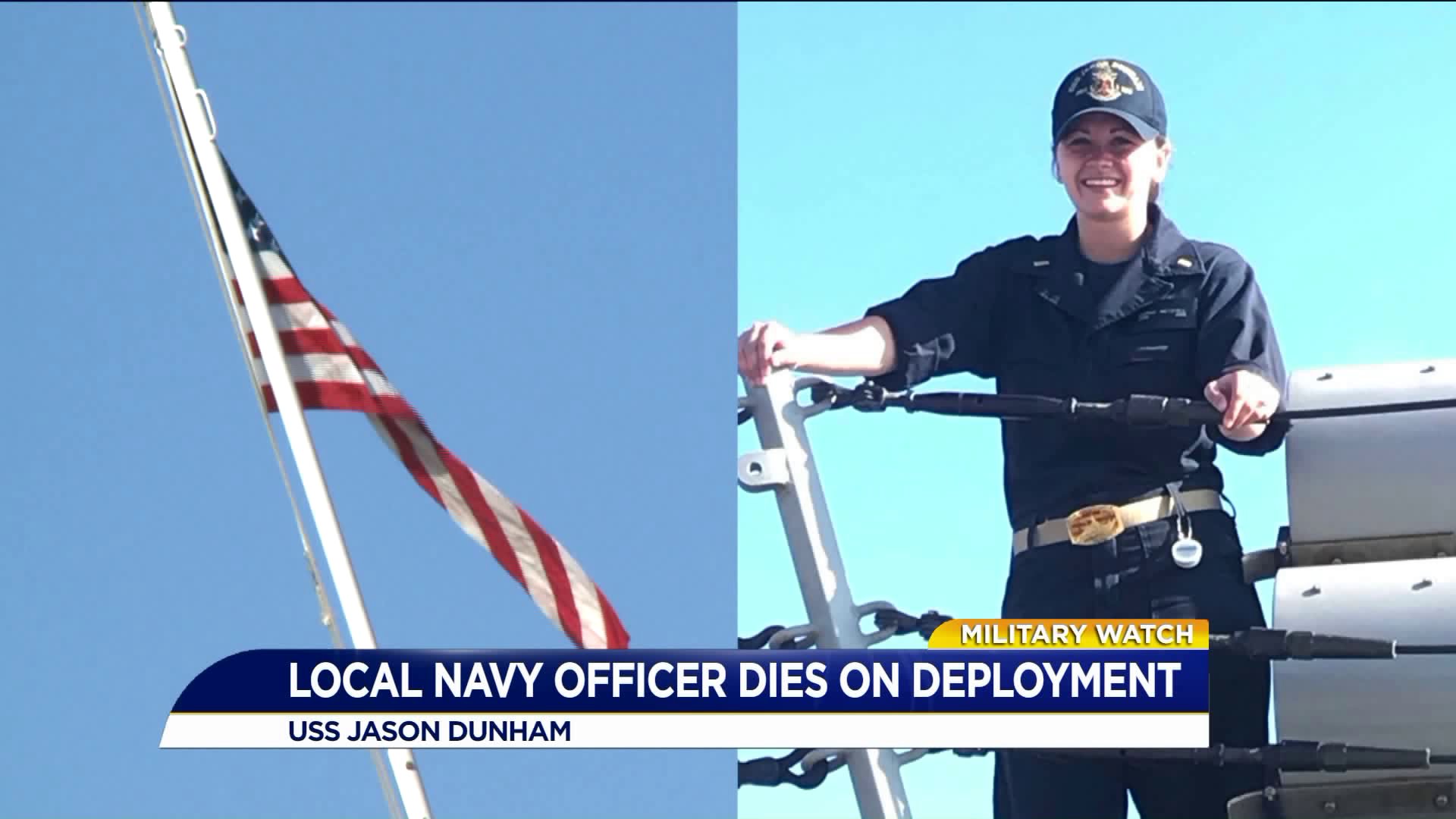 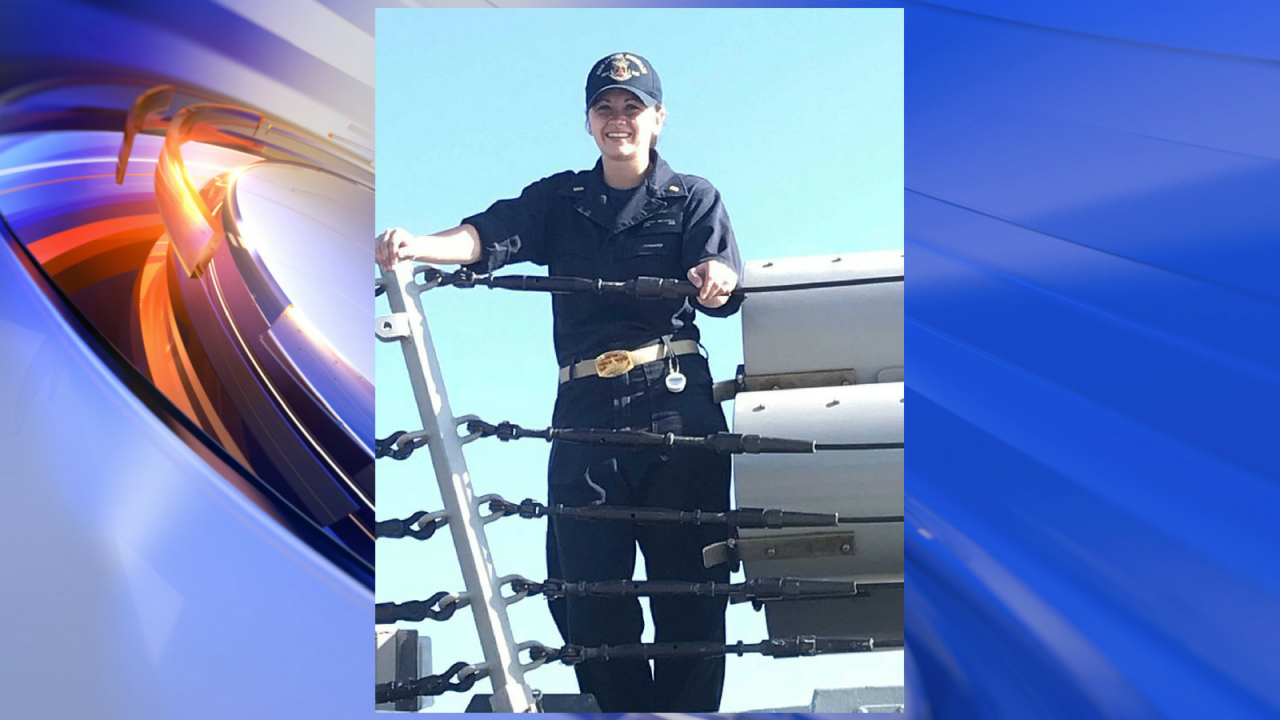 AQABA, Jordan - A naval officer from the Norfolk-based USS Jason Dunham died while conducting small boat operations Sunday, according to the U.S. Navy.

She's been identified as 23-year-old Sarah Mitchell of Feasterville, Pennyslvania. The Navy said Mitchell was assigned to the Arleigh Burke-class guided-missile destroyer USS Jason Dunham (DDG 109) and died from injuries sustained while conducting the small boat operations in the Red Sea.

Mitchell was evacuated to a hospital in Aqaba, Jordan, and was pronounced dead at 12:45 p.m., local time.

The Navy is investigating the circumstances of the death, but do not believe there is any indication of foul play.

“These losses are a solemn reminder that our business is inherently dangerous -- but through training and pertinent planning, we always try to mitigate the risks to our personnel who are our most valuable asset,” U.S. Central Command Army Colonel Rob Manning, director of defense press operations, said.

In her home state of Pennsylvania, Governor Tom Wolf ordered the Commonwealth flag at the capitol and public buildings and grounds in her native Bucks County to fly at half-staff in honor of Mitchell.

“Ensign Mitchell was taken from her family, friends and fellow sailors far too soon and she will be remembered for her service to our country,” Governor Wolf said. “I ask all Pennsylvanians to join me in honoring and remembering Sarah and all of those who have made the ultimate sacrifice.”

Mitchell was a 2017 graduate of Virginia Tech and a member of the Corps of Cadets. The commandant shared the following statement:

The Virginia Tech community is saddened by the death of  U.S. Navy Ensign Sarah Mitchell, a 2017 graduate of the Corps of Cadets, who was killed Sunday during a training exercise in the Red Sea, according to Navy officials. She was 23.

Mitchell, of Feasterville, Pennsylvania, earned a degree in biochemistry and minors in chemistry and leadership studies. In fall 2016, she commanded the corps’ Alpha Company.

“The Virginia Tech Corps of Cadets and its alumni and friends, mourn the loss of Ensign Sarah Mitchell, Class of 2017,” said Maj. Gen. Randal Fullhart, the commandant of cadets. “Her tragic passing in the line of duty reminds us all of the amazing young men and women who choose to wear the cloth of our nation’s military. As a cadet, Ensign Mitchell epitomized the university’s motto, Ut Prosim, That I May Serve, in so many ways. From her first year as a new cadet, she showed the traits of leadership by showing concern for her fellow cadets and ultimately rose to command one of our companies during her senior year. I know that I speak on behalf of the entire community in offering our heartfelt thoughts and prayers to Sarah, her family, and friends. We are all better for having known her.”

Congressman Brian Fitzpatrick, who represents Mitchell's home district in Pennsylvania, posted on Facebook about her passing, writing "It is with a heavy heart that we grieve the loss of our own Sarah Mitchell. Ensign Mitchell dedicated her life to serving a cause bigger than herself, protecting those who she never knew. She served our nation with bravery, honor and integrity. She is an American hero."

The USS Jason Dunham is deployed to the U.S. 5th Fleet area of operations in support of naval operations to ensure maritime stability and security in the Central region, connecting the Mediterranean and the Pacific through the western Indian Ocean and three strategic choke points, according to the Navy.