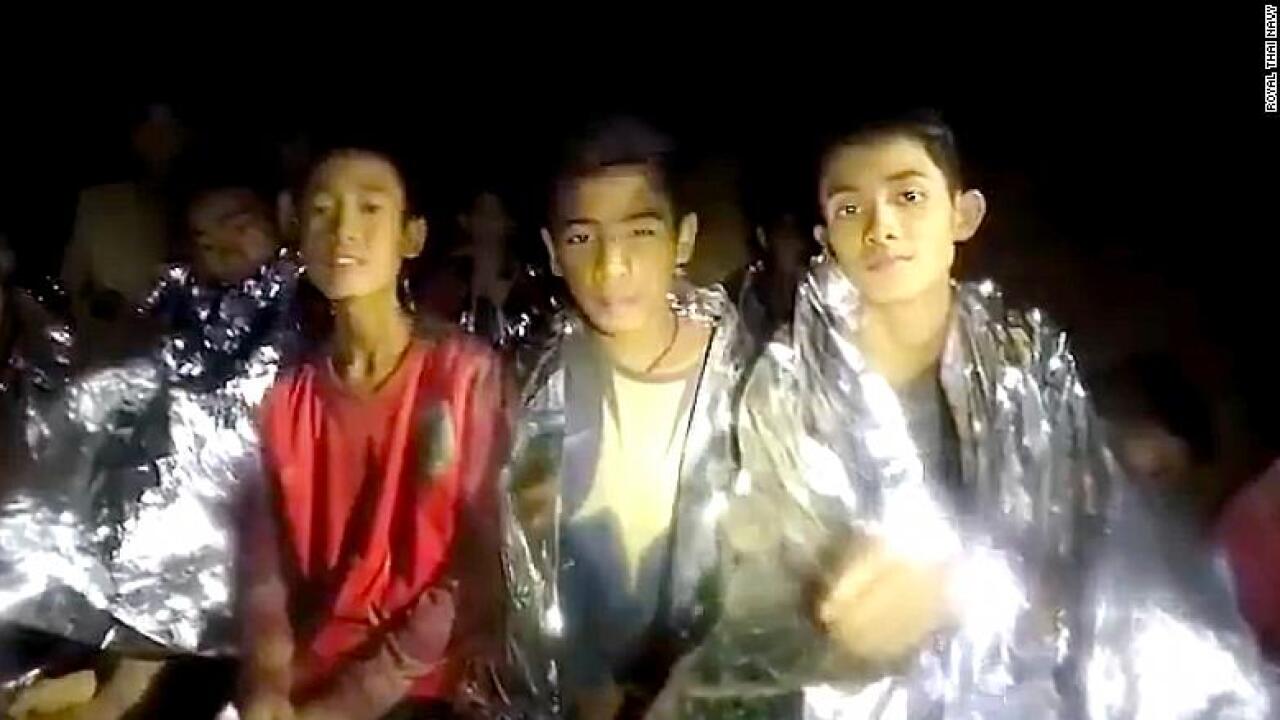 Four boys who have been trapped inside a Thai cave for 15 days have been rescued, as authorities race against time to free the remaining nine members of the group.

The first of the four boys emerged approximately nine hours after a team of 13 international cave diving experts and five Thai Navy SEALs entered the cave to begin the treacherous attempt to accompany the boys one by one through the flooded, narrow tunnels.

Families of the boys have been waiting for hours for news since authorities announced the rescue attempt would commence at 10 a.m local time Sunday, as storm clouds threatened to dump more water on the flooded caverns, undoing efforts to drain them.

Previously, the entire round trip through the cave network was thought to take roughly 11 hours to complete, but efforts to drain the tunnels of flood water appear to have shortened the journey time.

Twelve boys — aged between 11 and 16 — and their coach, were discovered by two British divers on July 2, nine days after they disappeared during an outing in the Tham Luang Nang Non cave complex, in Chiang Rai, northern Thailand.

Those still inside the cave are perched on a small muddy ledge four kilometers (2.5 miles) inside the cave, surrounded by flood water and with a limited supply of oxygen.

For the boys, the most dangerous part of the journey out of the cave remains the first kilometer, in which they are required to pass through a flooded channel no wider than a person. During this process, rescuers need to hold their oxygen tanks in front of them and swim pencil-like through submerged holes.

Having completed this section, the boys are then handed over to separate, specialist rescue teams, who assist them through the remainder of the caves, much of which they can wade through.

But rescuers have a dwindling window of opportunity, with forecasters predicting the return of heavy monsoon rains in the coming days, effectively sealing off the cave until October.

“We have two obstacles: water and time. This what we have been racing against since day one. We have to do all we can, even though it is hard to fight the force of nature,” Osotthanakorn said earlier, as rain began to fall across the site.

Divers have previously described conditions in the cave network as some of the most extreme they have ever faced.

The decision to move the boys using divers has not been taken lightly. On Friday, a former Thai Navy SEAL died while returning from an operation to deliver oxygen tanks to the cave where the boys are located.

Finnish volunteer diver Mikko Paasi, a long-term resident of Thailand, said the death of the Thai Navy SEAL had changed the mood on the ground and made real for rescuers just how dangerous the mission had become.

“Definitely, you can feel it that it has an effect, but we’re moving on. Everyone is a professional so we’re trying to put it away and avoid it happening again,” he said, adding: “Everybody is focusing on getting these boys out — keeping them alive or getting them out.”

In the hours preceding the rescue, a letter the boys had sent to their families was published on the Thai SEALs’ Facebook page. The letter shows the boys in good spirits despite their ordeal.

In neat blue handwriting, 11-year-old Chanin Viboonrungruang, the youngest of the group, told his parents not to worry, and said he was looking forward to eating fried chicken.

His parents, who along with other families, have maintained a constant vigil at the site since the boys first became trapped.

On reading the letter Saturday evening, Chanin’s father, Tanawut Viboonrungruang, said he felt a great sense of relief. “I had been worried about my son, that he would be exhausted, he would be tired,” he said.

Now, more than two weeks after their children became trapped in a flooded cave, some of the families are finally celebrating their return.