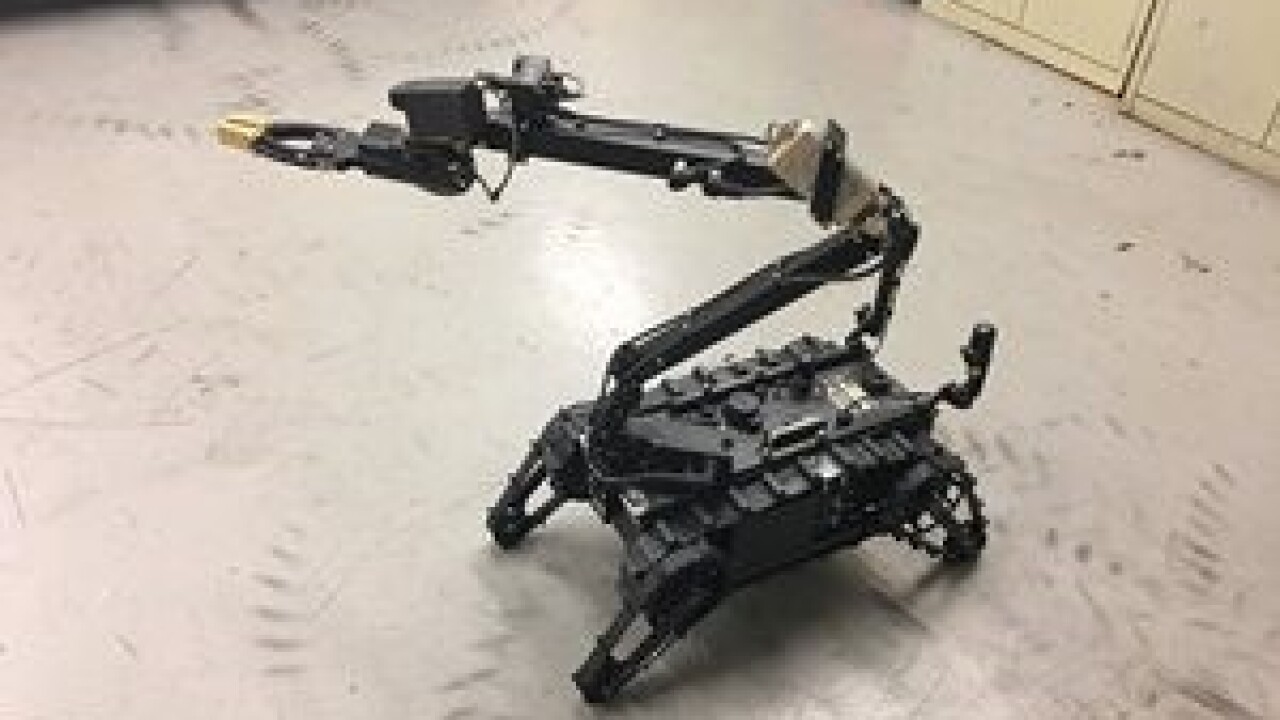 RALEIGH, N.C. – A North Carolina Bomb Squad has recently added a new tool to help them expand their capabilities.

They now have three new, light-weight robots which will help during this busy time.

The bomb squad said they had 64 calls since January and these robots can help because they can go up and down stairs and have six cameras. They can also lift about 15 pounds and cut wires. They don’t need a big truck to be deployed, and they have the capability to remotely locate and neutralize Improvised Explosive Devices in confined spaces, such as aircraft, buses and trains, the SBI said.

“These new robots will be small enough to enter tight spaces where bomb technicians had to go before, and that was a very high-risk environment for them,” said Tim Luper, commander of SBI’s Bomb Squad. “Confined spaces magnify the effect of explosives.”

The new robots will also be used to support special operations that involve violent barricaded suspects and hostage situations.

“The whole reason the bomb squad exists is for public safety,” said Tim Luper, commander of SBI’s Bomb Squad. “Bomb technicians carry out some very delicate work and often risk their lives performing their duties. These robots will thankfully keep our personnel safer as well.”

The three robots were purchased through a $153,000 grant with the Governor’s Crime Commission and delivered to the Bomb Squad on June 27, according to the SBI.