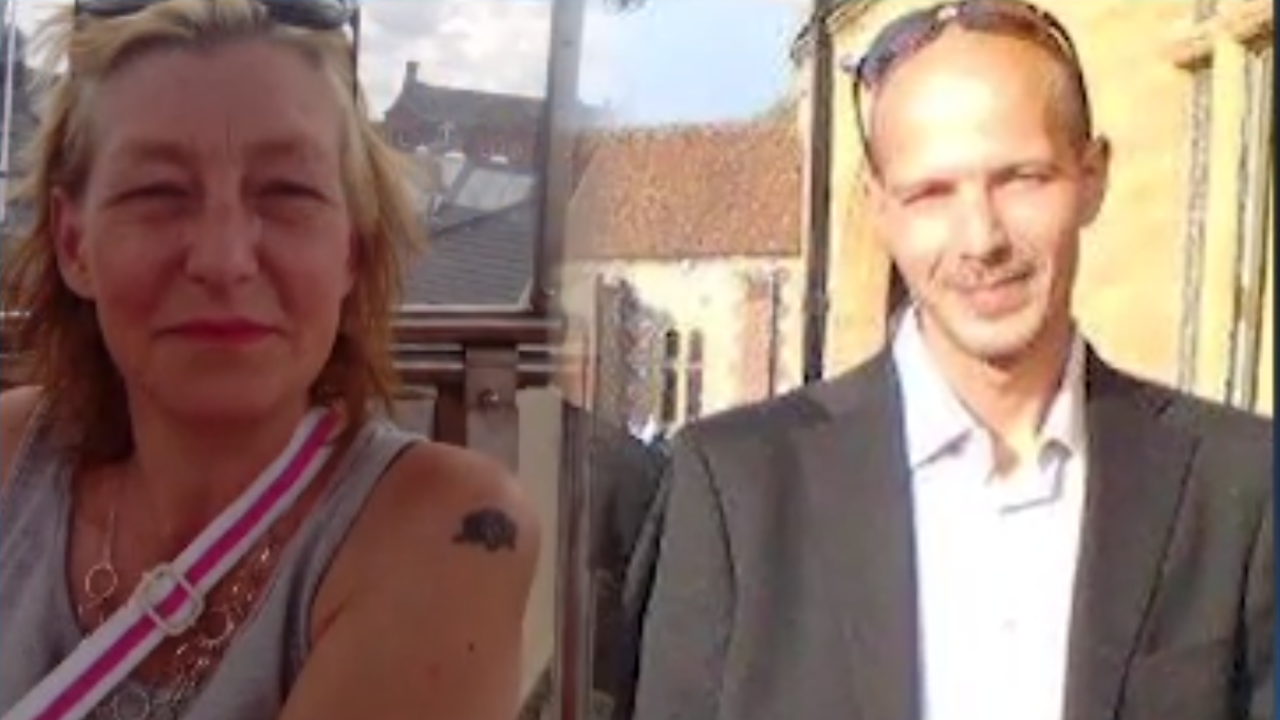 British investigators have descended upon a small English town to find out how two apparently random individuals were exposed to the same Soviet-era nerve agent that nearly killed a former Russian double agent and his daughter earlier this year.

Authorities confirmed Wednesday night that a couple, identified in British media as Charlie Rowley and Dawn Sturgess, were being treated for exposure to Novichok, a highly toxic nerve agent first developed in secret by the Soviet Union.

The pair remain in critical condition after being rushed on Saturday to Salisbury District Hospital, the same hospital that treated former double agent Sergei Skripal and his daughter Yulia who were poisoned in March.

Police say they don’t believe that Rowley and Sturgess were deliberately targeted — unlike the Skripals, who British authorities suspect were the victims of a Russian plot.

British Home Secretary Sajid Javid will chair an emergency meeting Thursday to discuss the incident. Prime Minister Theresa May has been updated on the situation, her office told CNN.

UK Security Minister Ben Wallace said Thursday in a BBC interview that the British government would find out who was responsible for the latest nerve agent poisonings and what exactly happened in Wiltshire “no matter how long it takes.”

Rowley and Sturgess live in Amesbury, a town of fewer than 10,000 people about 20 minutes’ drive from Salisbury where the Skripals were poisoned.

Authorities did not name the two but described them as British nationals local to the area.

Paramedics were called to an address on Muggleton Road, Amesbury, at 10:15 a.m. Saturday, after a woman, later identified as Sturgess, collapsed, according to Neil Basu, the assistant commissioner for counter terrorism at the London Metropolitan Police.

They were called back later the same day when the man, now known to be Rowley, had also fallen ill.

The couple made a round trip to Salisbury from nearby Amesbury on Friday, according to family and friends who spoke to British media. Authorities said while they were in Salisbury they didn’t visit any of the sites that were decontaminated in connection to the Skripal case.

Doctors initially thought they’d been exposed to a batch of contaminated cocaine or heroin. However, concerns over their symptoms prompted medical officials to look at Novichok as a serious possibility.

Residents told CNN they were very concerned by the news, coming only weeks after the poisoning of the Skripals and subsequent cleanup by the authorities.

“It is quite scary and very worrying as well. To know it is still about,” said Paula Bull, a mother of six. “This is no place for my kids to grow up, it’s really worrying. I’m going to be more cautious.”

Another Salisbury resident, who gave her name only as Susan, said she was “really angry” with the authorities for not living up to their promise to clean up the area after the Skripal case.

“The only place I ever saw getting cleared was the bench where Sergei Skripal was found,” she said. “We don’t need this sort of thing, it’s very quiet lovely beautiful area, and to have chemicals like that around — you just can’t have it. There are too many elderly and too many children.”

What’s the connection to the Skripal case?

Beyond the fact that all four individuals were exposed to the same nerve agent, it’s not clear if there’s any connection between the cases.

Sergei and Yulia Skripal were found slumped on a bench in Salisbury in March. Authorities believed they were exposed to Novichok at Sergei Skripal’s home. Both were admitted in critical condition and spent weeks in the hospital before they were discharged.

The March incident in Salisbury sparked a diplomatic dispute between the UK and Russia after British investigators and the Organisation for the Prohibition of Chemical Weapons (OPCW) blamed Moscow for the attack.

Russia has denied the allegations, but that did not stop more than 20 other countries from expelling Russian diplomats in a show of support for the UK.

Rowley and Sturgess, however, do not appear to have a relationship with Moscow.

Authorities said there was no evidence that the two were specifically targeted. They’ve been described as normal, local residents with no ties to Russia.

Basu said police were not in a position to say whether Rowley and Sturgess were exposed to the same batch of Novichok as the Skripals were. He added that authorities were looking into whether the two investigations were linked.

Wallace, the Security Minister, told BBC Radio 4 that Russia could help by giving Britain all of the information it has on the nerve agent and the attack on the Skripals.

“The Russian state could put this wrong right. They could tell us what happened, what they did,” Wallace said, adding that one day “the world will know that Russia had a chance to right that wrong and protect the people of Salisbury and they choose not to take it.”

Speaking to Britain’s Sky News, he reiterated the belief that the Amesbury pair “weren’t linked” to the poisoning of the Skripals but admitted authorities “don’t know the full picture of what happened.”

Kremlin spokesman Dmitry Peskov said Thursday that the United Kingdom had provided no proof of Russian involvement in the attack on the Skripals. “You know that from the very beginning of the Salisbury case, Russia categorically denied and continues to deny the possibility of any involvement,” he said.

Asked by CNN to comment on Wallace’s remarks, Peskov said: “The UK security minister knows that Russia proposed to have a joint investigation. This proposal is on the agenda and was made long ago. Unfortunately, the British side isn’t interested in it.”

Hours earlier, the Russian embassy in the Netherlands said Britain was “dumb” if it believed Russia was behind the latest poisoning.

“How dumb they think Russia is to use ‘again’ so-called ‘Novichok’ in the middle of the FIFA World Cup and after the special session of the CSP (convened by the way by Britain) that gave the #OPCW attribution functions. The show must go on?” the embassy tweeted. The CSP refers to the Conference of the States Parties to the Chemical Weapons Convention, held by the OPCW.

Britain has not accused Russia of deliberately targeting the latest victims.

What are authorities doing?

The priority for investigators, according to Basu, is to establish how Rowley and Sturgess came into contact with Novichok.

Police have cordoned off a number of sites the two visited before they fell ill as a precautionary measure.

Wiltshire Police Deputy Chief Constable Paul Mills listed five locations that the couple was believed to have visited and were blocked to the public: Amesbury Baptist Church; a Boots pharmacy in Amesbury; Queen Elizabeth Gardens in Salisbury; the John Baker House in Salisbury, a supported living facility; and the property on Muggleton Road.

Authorities did not say when the victims visited each location, but church secretary Ray Collins told CNN he believed the couple attended a family fun day at the church on Saturday, though he did not know who the pair were.

The fun day began at 2 p.m., according to the church’s Facebook event, so it’s possible that only Rowley went.

Novichok, which works by causing a slowing of the heart and restriction of the airways, is one of the world’s rarest nerve agents. Very few people outside of Russia have experience with it.

It was first developed in secret by the Soviet Union during the Cold War in the 1980s, as a means of countering US chemical weapons defenses but was revealed to the world by former Soviet scientist and whistle-blower Vil Mirzayanov.

Mirzayanov told CNN that Novichok is up to 10 times as potent as VX, the weapon used to kill Kim Jong Un’s half brother, Kim Jong Nam, in 2017.

“A lethal dose … and the person will die immediately. If [the dosage] is less, [the person] will go through very tortuous scenes. They will start convulsions, and stop breathing and then lose vision, and there are other problems — vomiting, everything. It’s a terrible scene,” Mirzayanov told CNN.