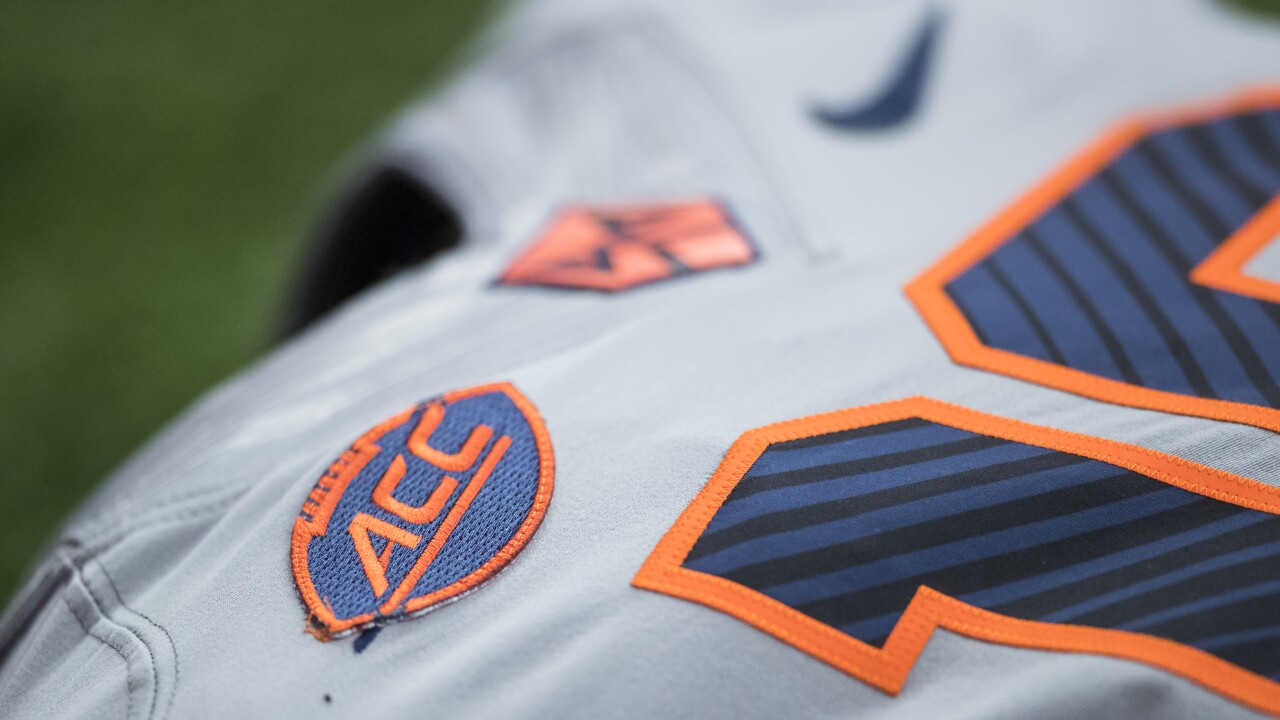 Jackson, who earned the 65th Anthony J. McKevlin Award as the conference’s premier male athlete, won the Heisman Trophy as a sophomore in 2016 and followed up last season with more eye-opening numbers as he accounted for an ACC-record 5,261 total yards with 45 touchdowns.

Ogunbowale claimed the 29th Mary Garber Award as the conference’s top female athlete after leading Notre Dame to the 2018 NCAA Division I Women’s Basketball Championship in a junior season that culminated with game-winning shots in both the national semifinal and title games.

Lamar Jackson of the Louisville Cardinals. (Photo by Thomas B. Shea/Getty Images)

The ACC Athlete of the Year Awards are given in memory of distinguished journalists from the region. McKevlin was a sports editor of the Raleigh (North Carolina) News and Observer, while Garber, of the Winston-Salem (North Carolina) Journal, was a pioneer as one of the first female sports journalists in the nation.

Louisville’s Jackson became the first player in FBS history to rush for at least 1,500 yards and pass for at least 3,500 yards in a single season – and he did so in consecutive years. The Pompano Beach, Florida, native earned Heisman Trophy finalist status for the second consecutive season in 2017 as he rushed 1,601 yards and 18 touchdowns while throwing for 3,660 yards and 27 more TDs.

Notre Dame’s Ogunbowale earned All-America and All-ACC honors while leading the conference in scoring at 20.8 points per game, and the Milwaukee junior will be long remembered for a pair of clutch game-winning moments at the 2018 NCAA Women’s Final Four.

With one second left in overtime versus Connecticut in the national semifinal, Ogunbowale delivered a long-range jumper that capped a 27-point scoring performance and lifted the Fighting Irish to a 91-89 win.

Two nights later, Ogunbowale nailed a 3-point buzzer beater off an inbounds play near the Notre Dame bench to lift the Irish to a 61-58 win over Mississippi State and the program’s second NCAA women’s basketball title. Ogunbowale, who scored 18 points in the championship game, was named the NCAA Women’s Final Four Most Outstanding Player.