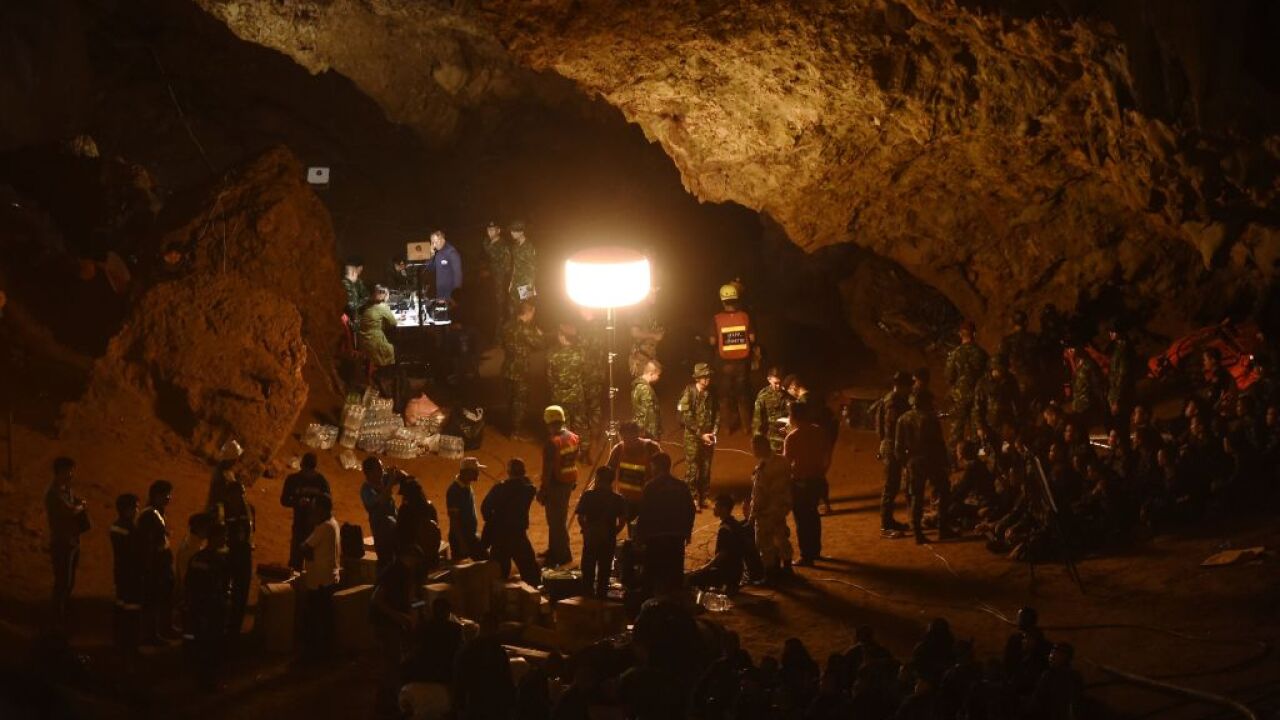 TOPSHOT – Thai soldiers relay electric cable deep into the Tham Luang cave at the Khun Nam Nang Non Forest Park in Chiang Rai on June 26, 2018 during a rescue operation for a missing children’s football team and their coach. – Desperate parents led a prayer ceremony outside a flooded cave in northern Thailand where 12 children and their football coach have been trapped for days, as military rescue divers packing food rations resumed their search on June 26. (Photo by Lillian SUWANRUMPHA / AFP) (Photo credit should read LILLIAN SUWANRUMPHA/AFP/Getty Images)

Rescue teams found all 12 boys and their coach alive in a cave in Thailand Monday, according to a high ranking person involved in the search and rescue operation. The group — including boys between the ages of 11 and 16 years old — had been missing for nine days.

Thai Navy SEAL divers set up an underground operations base deep within a cave system where 12 boys and their soccer coach were thought to be trapped in northern Thailand.

Written on the tanks are words of encouragement: “From Navy Command Region 1. Please find them soon.” On another, in red tape stuck to the metal, are the words: “Bring the Wild Boar team home.”