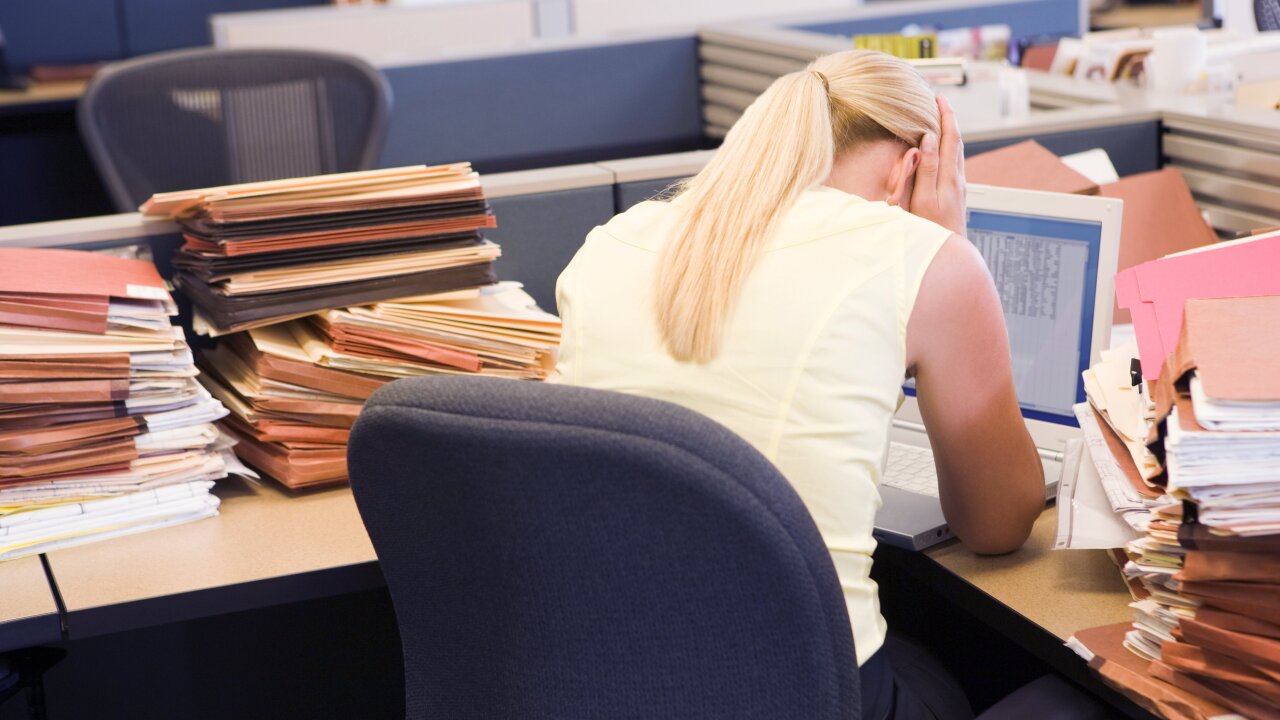 Researchers from the University of Bergen found that 7.8% of people suffer from workaholism, or an addiction to work, in Norway. Levels of ADHD, OCD, anxiety and depression were significantly higher in this group than in people who weren’t classed as workaholics.

Here’s a good reason for women to work less, ask for a raise or get their partners to pick up around the house more: If women work fewer hours, it’ll lower their risk of diabetes, according to a study published Monday in the journal BMJ Open Diabetes Research & Care.

Researchers looked at data from 7,065 Canadians who were tracked over 12 years. What they found was that women who consistently worked 45 hours or more a week had a 63% greater risk of diabetes compared with those who worked between 35 and 40 hours a week.

The effect was only slightly reduced when smoking, exercise, alcohol intake and body-mass index were taken into account.

Men who worked longer hours, on the other hand, did not face an increased risk of diabetes.

It’s unclear why there is a gender difference in this risk, but it may involve what women do with their time off.

“If you think about all the unpaid work they do on their off-hours, like household chores for example, they simply do more than men, and that can be stressful, and stress negatively impacts your health,” said study co-author Mahee Gilbert-Ouimet, a postdoctoral fellow at the University of Toronto who has been active in this field for 12 years.

Women who work longer hours also tend to be in lower-paying jobs than men. “Even when men and women do similar work, women earn less. Of course, that would impact women’s health. Think about the stress of working harder and getting less for it,” Gilbert-Ouimet said. “It’s important for us to study women. They are still underevaluated in most areas of health, and it’s a real shame, because if we look closer, there are still big inequalities.”

Studies have shown that men who work longer hours in jobs that pay less face a greater diabetes risk. Though some studies have labeled this theory “controversial,” additional research seems to point to a connection between over-work and diabetes.

A 2016 study in Japan saw a connection between diabetes risk and those workers who did more than 45 hours of non-shift work, or work that conforms to a regular daytime schedule. A 2006 study that focused on women found something similar. Working long hours can have many other negative health consequences, including heart problems, studies show.

Orfeu Buxton, a professor of biobehavioral health at Penn State who was not involved with the new study but has done similar research, said another factor that may be driving this risk is that when women work a lot, in addition to the stress of long hours, there is less time for self-care. They might not eat a good diet, might put off exercising and might not get enough sleep if they’re solely focused on getting the job done. Other studies have found that to be true.

There’s an economic argument to be made for workplaces to cut back. “This should be eye-opening to corporations, especially while they still have to pay for health care,” Buxton said.

Buxton, who studies the health consequences of sleep deficiency, has found that even if you shortchange yourself on sleep for only one week, it can increase your diabetes risk. Women in midlife tend to have a higher rates of insomnia, and that could also account for some of the gender difference in the new study.

He said the study is helpful and hopes for more research on this subject.

“Diabetes is common, expensive, and it’s a killer, and we really need to understand the factors beside medicine and treatment that we can intervene upon to prevent diabetes,” Buxton said.

Diabetes is going to be a huge burden on the world’s economy. By 2030, an estimated 439 million people will be living with diabetes, a 50% increase from the number of people who had diabetes as of 2010.