Cop named godfather of baby he saved during birth 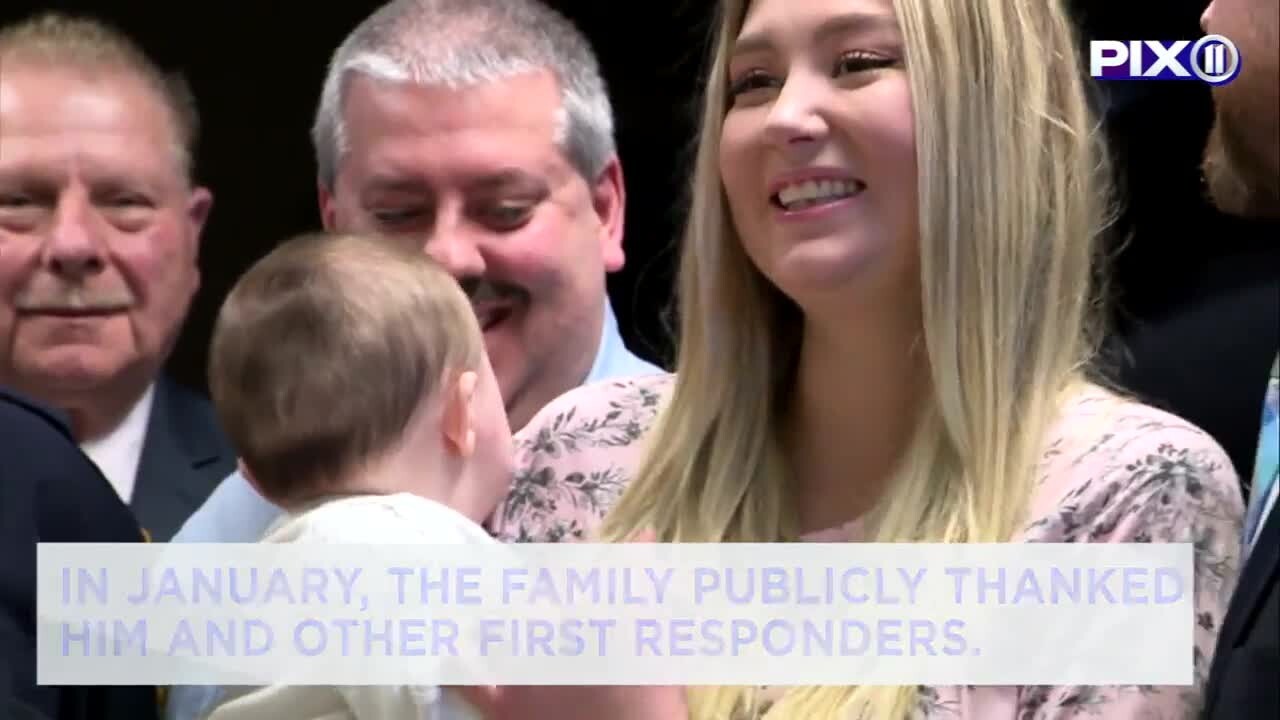 MOUNT SINAI, N.Y. (WPIX) – A Long Island family has chosen a police officer to be the godfather of their son almost a year after the cop saved the newborn’s life.

In August 2017, Jane Pappalardo unexpectedly went into labor at her Mount Sinai home. The family called 911, but her husband Mike delivered baby Bryce.

According to the Suffolk County Police Department, the umbilical cord was wrapped around Bryce’s neck.

That’s when Officer Jon-Erik Negron stepped in. Using a plastic syringe from the kitchen, he opened the baby’s airway so he could breathe. In January, the family publicly thanked him and other first responders.

The Pappalardos and Negron speak weekly, and now the Suffolk County police officer is officially part of the family. He became Bryce’s godfather last month at a christening in Port Jefferson.

“I’m just happy to play a role and I’m happy to always be there and always help because I know Bryce is going to grow up to do great things,” Negron said in a news release from the Suffolk County Police Department.