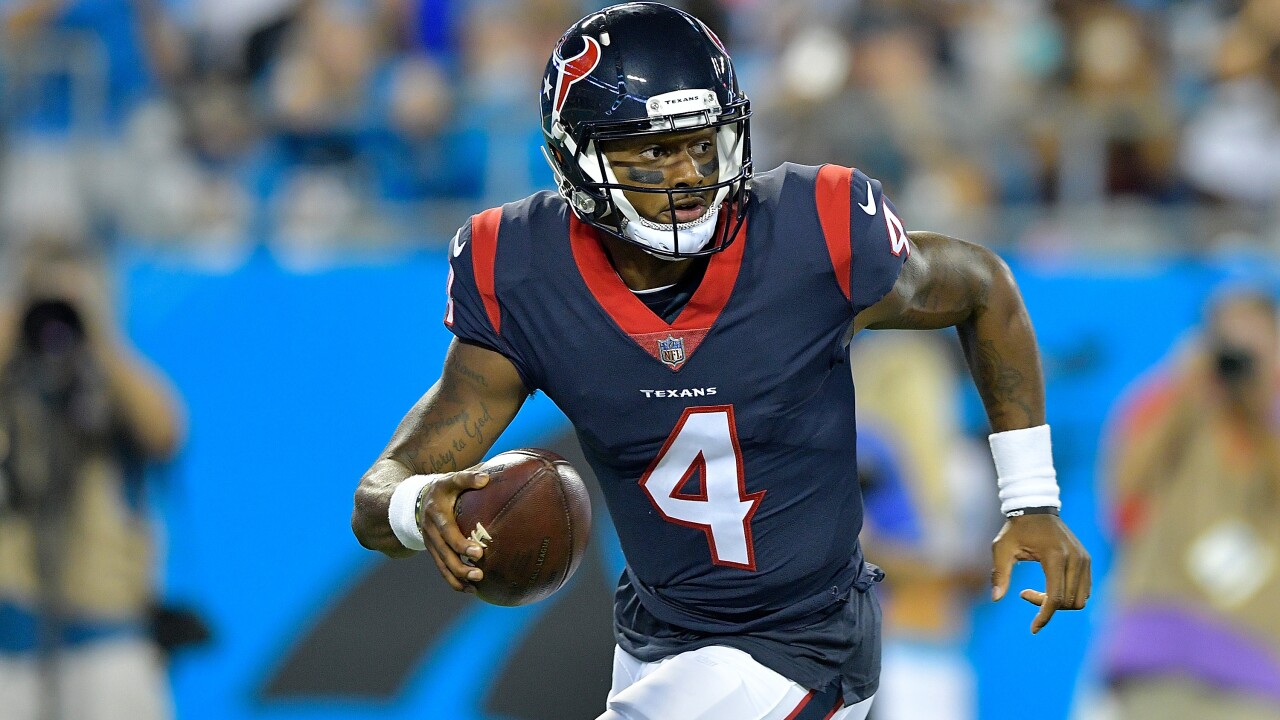 In 2012, on his way to NFL Offensive Rookie of the Year honors with the Redskins, Griffin III passed for 20 touchdowns in 15 games. In 2017, Watson, the Houston Texans gunslinger, set an NFL record by throwing 19 TDs in his first seven games. Both their rookie seasons ended due to ACL tears.

Like Griffin III did as a college star at Baylor, Watson also tore his ACL at Clemson. However, unlike RGIII, Watson did not injure the same knee as a rookie in the NFL.

RGIII, a dynamic dual-threat quarterback entering the NFL, appeared hesitant to alter his game in order to protect himself. This, despite knee, ankle and head injuries during his first three seasons in the league. Due to injuries and ineffectiveness, Griffin III has started just five games the past three years. After being out of the league in 2017, the Ravens signed RGIII to a one-year deal in April.

‘Wat’ about Watson? Does he feel the need to change his style of play in order to protect his football future?

“Not at all,” Watson said during an appearance at William & Mary’s Colonial All-Pro Camp Tuesday. “The injury is going to happen because it’s going to happen. I’m a man of faith, so I leave it all in God’s hands. I’ve dealt with this injury before.”

Watson, one year before earning ACC Player of the Year honors (2015), tore his left ACL in practice. The injury limited him to just eight games in 2014.

“I came back the next year, went 14-and-1, was a Heisman (Trophy) contender, All-American and played the same way I did before,” Watson explained. “There’s no point in switching up the routine. I’m making sure I’m staying prepared and fit throughout the year – not just in the offseason, during the season, too. I’m doing what I do – don’t want to change anything that got me here.”

After being selected by the Texans with the 12th overall pick in the 2017 NFL Draft, Watson appeared in seven games with six starts. He set an NFL record for most passing touchdowns (19) through a player’s first seven career games. He also set an NFL record for a rookie quarterback with the most passing touchdowns (18) over any five-game span. At 20/1, Watson currently owns the sixth-best odds to win NFL MVP in 2018.