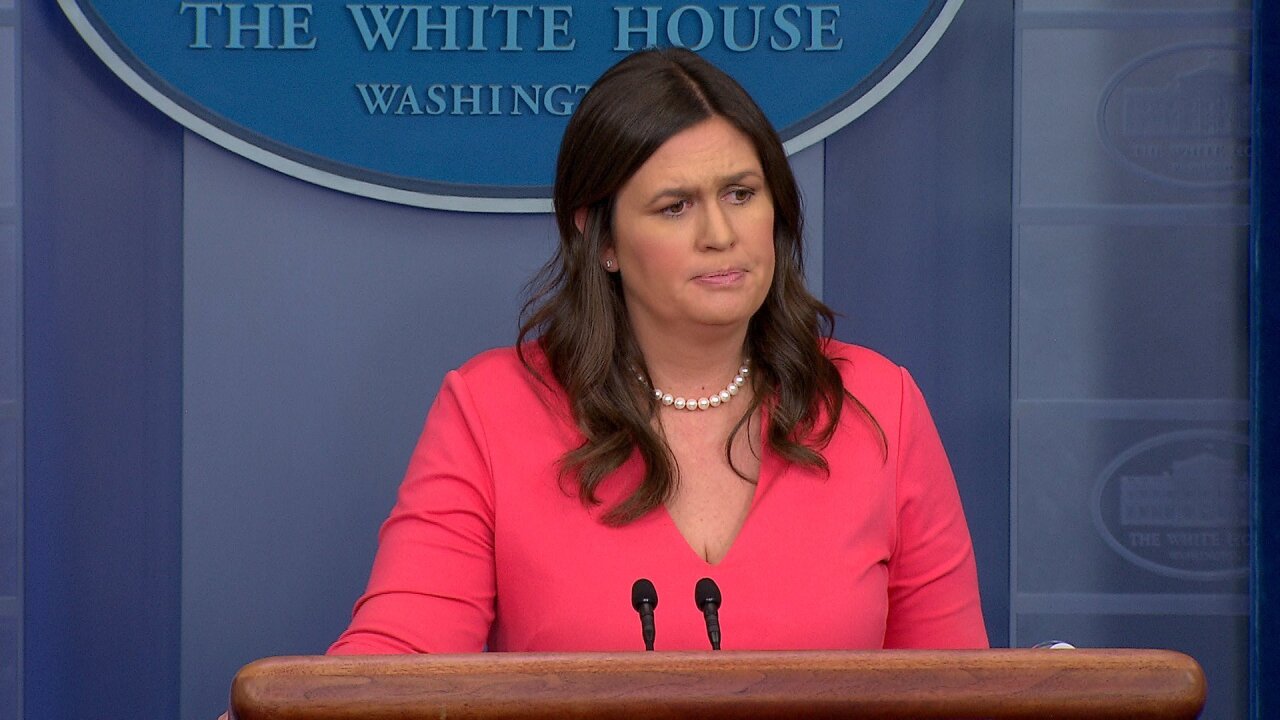 Sarah Sanders is seen here during a White House briefing.

White House press secretary Sarah Sanders said she was kicked out of a Virginia restaurant by its owner because she works for President Donald Trump.

Sarah Sanders is seen here during a White House briefing.

“Last night I was told by the owner of Red Hen in Lexington, VA to leave because I work for @POTUS and I politely left,” Sanders posted on Twitter Saturday.

“Her actions say far more about her than about me,” Sanders said. “I always do my best to treat people, including those I disagree with, respectfully and will continue to do so.”

Other officials have been confronted over the Trump administration’s immigration policy as they dined out this week.

Tuesday night, protesters booed and shouted at Department of Homeland Security Secretary Kirstjen Nielsen as she dined at a Mexican restaurant in Washington, DC.