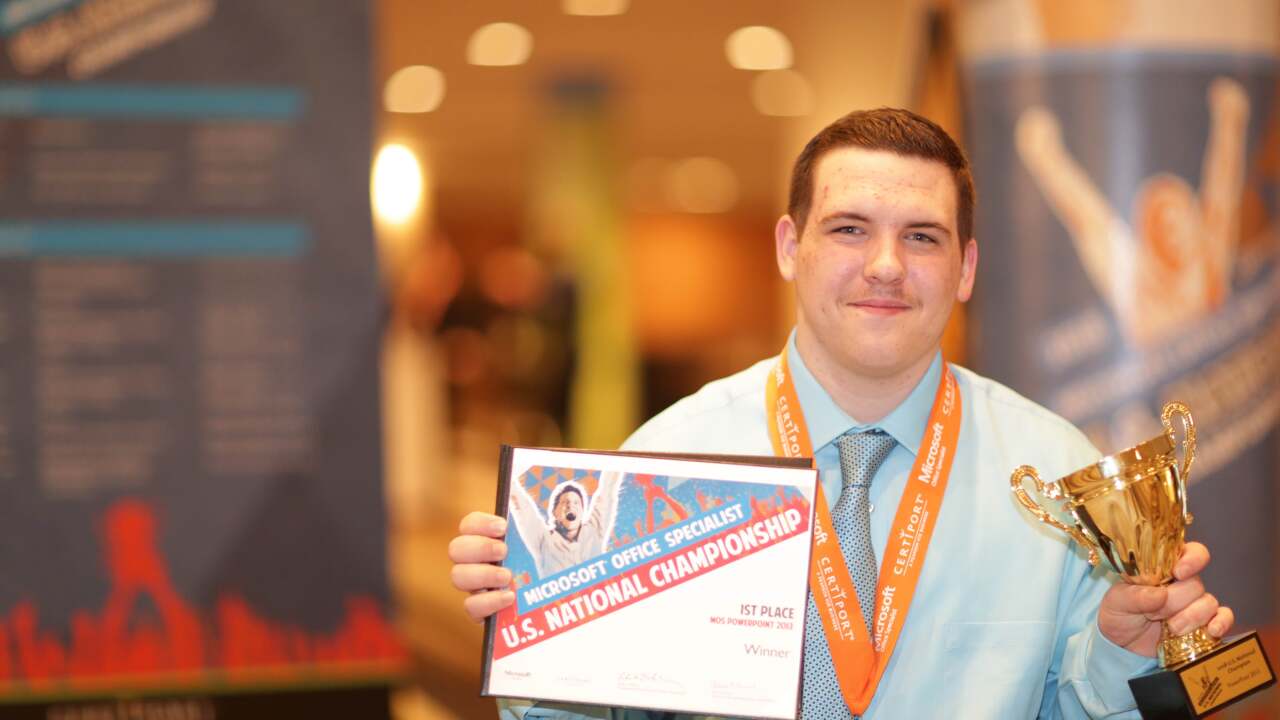 VIRGINIA BEACH, Va. – Princess Anne High School student Cameron Pillatsch came in first place for his skill at Microsoft PowerPoint 2013 at the 2018 Certiport Microsoft Office Specialist U.S. National Championship – and he wasn’t the only one from his school who walked away with honors.

Pillatsch bested 350,000 competitors in the U.S., and 147 finalists who came to Atlanta, Georgia for the last round of competition.

Since Pillatsch took first place, he won a $3,000 prize and an expense-paid trip to Orlando, Florida for him and a chaperone for the Certiport Microsoft Office Specialist World Championships next month, where more than 150 students from more than 30 countries are expected to compete.