Watch: Protesters rally against children and parents being separated at border 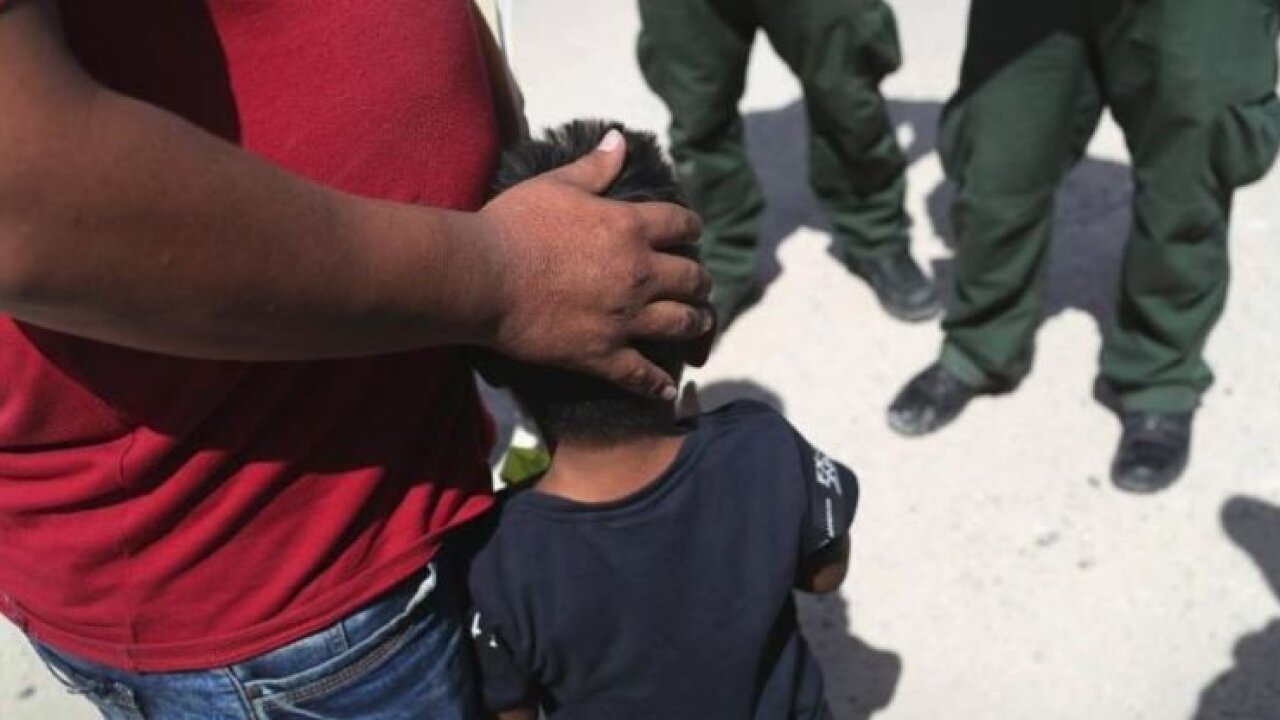 Federal authorities have separated at least 2,000 children from their parents at the border as part of the Trump administration’s efforts to crack down on illegal immigration and stop other immigrants from making the trek.

Federal authorities have separated at least 2,000 children from their parents at the border as part of the Trump administration’s efforts to crack down on illegal immigration and stop other immigrants from making the trek.

While officials trade blame over who’s responsible and what should happen next, the practice is drawing growing attention from lawmakers, advocacy groups and everyday Americans.

With accusations flying and details emerging at a rapid pace, here’s a quick look at some of the major questions about what’s happening — and what we know so far:

Why are families being separated?

The Trump administration announced a new policy in May, saying authorities would criminally prosecute anyone who crosses the border illegally. The result: While they face prosecution, parents are now held in federal prisons — where their children can’t be held with them.

Previous administrations largely opted not to pursue criminal charges against people who crossed illegally with children, referring them instead mostly to immigration courts.

Where is this happening?

Administration officials say that this is only happening to families who enter the United States illegally, crossing between ports of entry.

The American Civil Liberties Union and other advocacy organizations say that’s not true. These groups say they’ve documented cases of parents who’ve claimed asylum at ports of entry and also had their children taken away.

Department of Homeland Security officials maintain that aside from prosecutions, they only separate adults and children if a familial or custodial relationship cannot be verified, or if they are concerned about the well-being of the child.

Yes and no. More children are being separated from their parents at the border as a result of the Trump administration’s new “zero tolerance” policy — around 2,000 since May, according to the latest statistics officials have released. And that’s no accident; officials have indicated they implemented the new policy to deter more immigrants from coming to the United States.

But family separations were happening before officials announced the policy.

In April, the Department of Health and Human Services told The New York Times that approximately 700 children had been taken from families at the border in the six preceding months.

This had also occurred in some individual cases under past administrations as well — but not at the scale we’re seeing currently.

It has long been a misdemeanor federal offense to be caught illegally entering the country, punishable by up to six months in prison and a $5,000 fine. But previous US administrations generally didn’t refer everyone caught for prosecution. Those who were apprehended were put into immigration proceedings and faced deportation from the country, unless they qualified to pursue an asylum claim.

Is it working the way administration officials expected?

No, as internal Department of Homeland Security documents obtained by CNN show.

Administration officials predicted the zero-tolerance policy would deter immigrants from trying to enter the United States illegally. Instead, publicly released data showed a roughly 5% uptick in the number of people caught crossing the border illegally in May when compared to figures from April, including a big jump in unaccompanied children.

What’s happening to the kids after they’re separated from their parents?

Most are taken to facilities run by the Department of Health and Human Services’ Office of Refugee Resettlement. These facilities were originally set up to house unaccompanied minors — children who crossed the border without parents or legal guardians. As a result of the administration’s new policy, these so-called shelters are also increasingly housing children who crossed the border with their parents and were subsequently separated from them.

Currently there are a total of more than 11,700 children in the office’s custody, according to officials.

Immigrant rights organizations say holding children in such facilities — especially children who were taken from their parents — is cruel and inhumane. Officials have categorically denied such accusations, characterizing them as misleading reports from advocacy groups and media outlets.

“It is important to note that these minors are very well taken care of. Don’t believe the press. … We operate according to some of the very highest standards in the country,” Homeland Security Secretary Kirstjen Nielsen said Monday.

How do parents and kids find each other again?

Officials are giving immigrant parents a toll-free number to call to help find their kids. Lawyers and organizations say the overwhelmed system isn’t working — and that some parents have even been deported without their kids.

Federal agencies have said they seek to reunite families, but have offered no policies that put the onus on the government to do so.

I’ve heard administration officials say their hands are tied. Is that true?

In a contentious White House press briefing Monday, Nielsen reiterated a false claim administration officials have made many times: that only Congress can stop family separations from happening by changing the law.

“It’s a law passed by the United States Congress,” Nielsen said. “Rather than fixing the law, Congress is asking those of us who enforce the law to turn our backs on the law and not enforce the law.”

“Nothing could be further from the truth. The law does not require this. I think everything she said confirmed that this is a policy and it’s a choice that they’re making.”

Who supports this approach?

Most Republicans, according to a new CNN poll.

Even as criticism mounts, the administration has doubled down on its defense, arguing it’s no different than what happens when any US citizen is charged with a crime and jailed.

“Illegal actions have and must have consequences,” Nielsen said Monday. “No more free passes, no more get out of jail free cards.”

And who’s against it?

Doctors, religious leaders, the United Nations and politicians on both sides of the aisle have criticized the administration’s use of family separations.

Last week, the president of the American Academy of Pediatrics told CNN it was “nothing less than government-sanctioned child abuse.” Catholic leaders have slammed the practice as “immoral.” And over the weekend, former first lady Laura Bush penned a blistering critique of the practice.

“Our government should not be in the business of warehousing children in converted box stores or making plans to place them in tent cities in the desert outside of El Paso,” she wrote in the Washington Post. “These images are eerily reminiscent of the Japanese-American internment camps of World War II, now considered to have been one of the most shameful episodes in US history.”

How does the administration respond to accusations of child abuse?

Asked whether children were being separated from their parents as pawns to get border wall funding, Nielsen denied that assertion.

“The children are not being used as a pawn. We’re trying to protect the children,” she said, “which is why I’m asking Congress to act.”

What role does Congress have in all this?

Democratic lawmakers have been pushing hard on this issue, making trips to the border and speaking out publicly about what they’ve observed — and what they haven’t been allowed to see.

Some in Congress have suggested they’ll pass legislation to block the separations. But like so much about immigration, that’s much tougher than it sounds.