Norfolk Police officer gets award after being shot 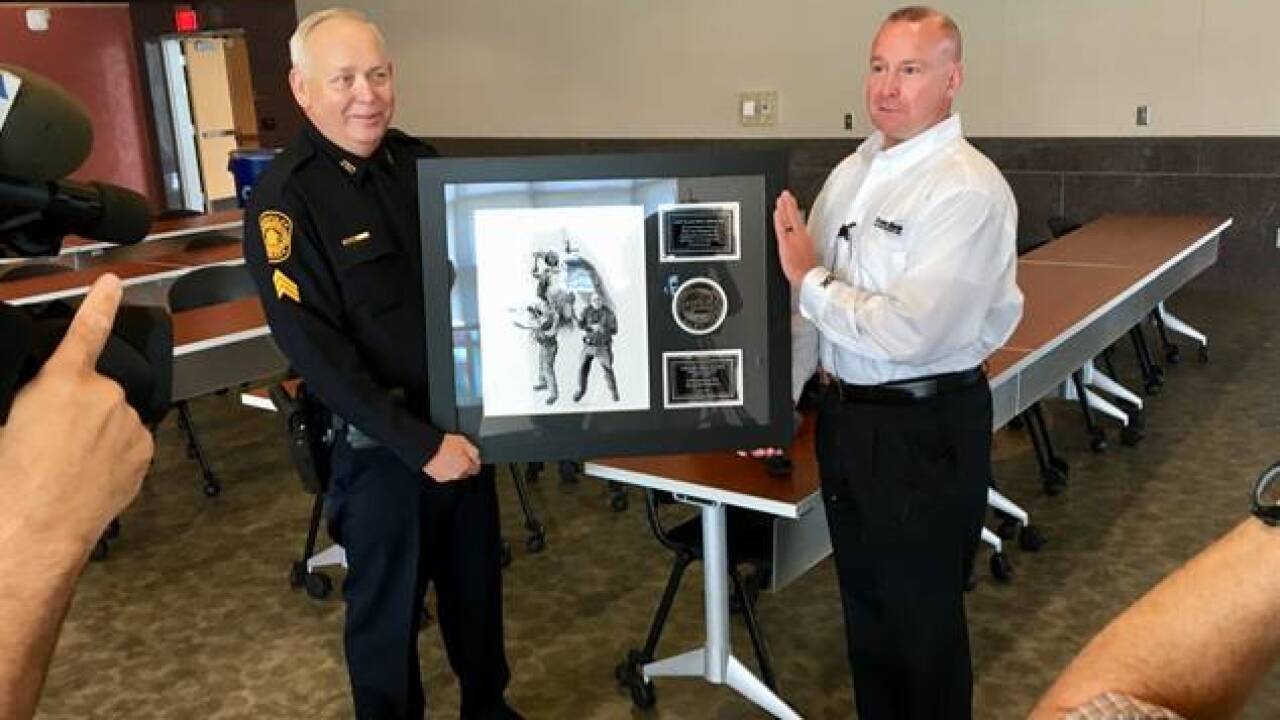 NORFOLK, Va. – Sgt. Donald Burns of the Norfolk Police Department received an award on Monday for being shot.

Point Blank Body Armor, the bullet proof vest supplier for Norfolk Police, is the company that provided Burns with the award.

The city says that this award not only acknowledges how grateful they are to have body armor available to law enforcement but reinforces why it is worn while on-duty.