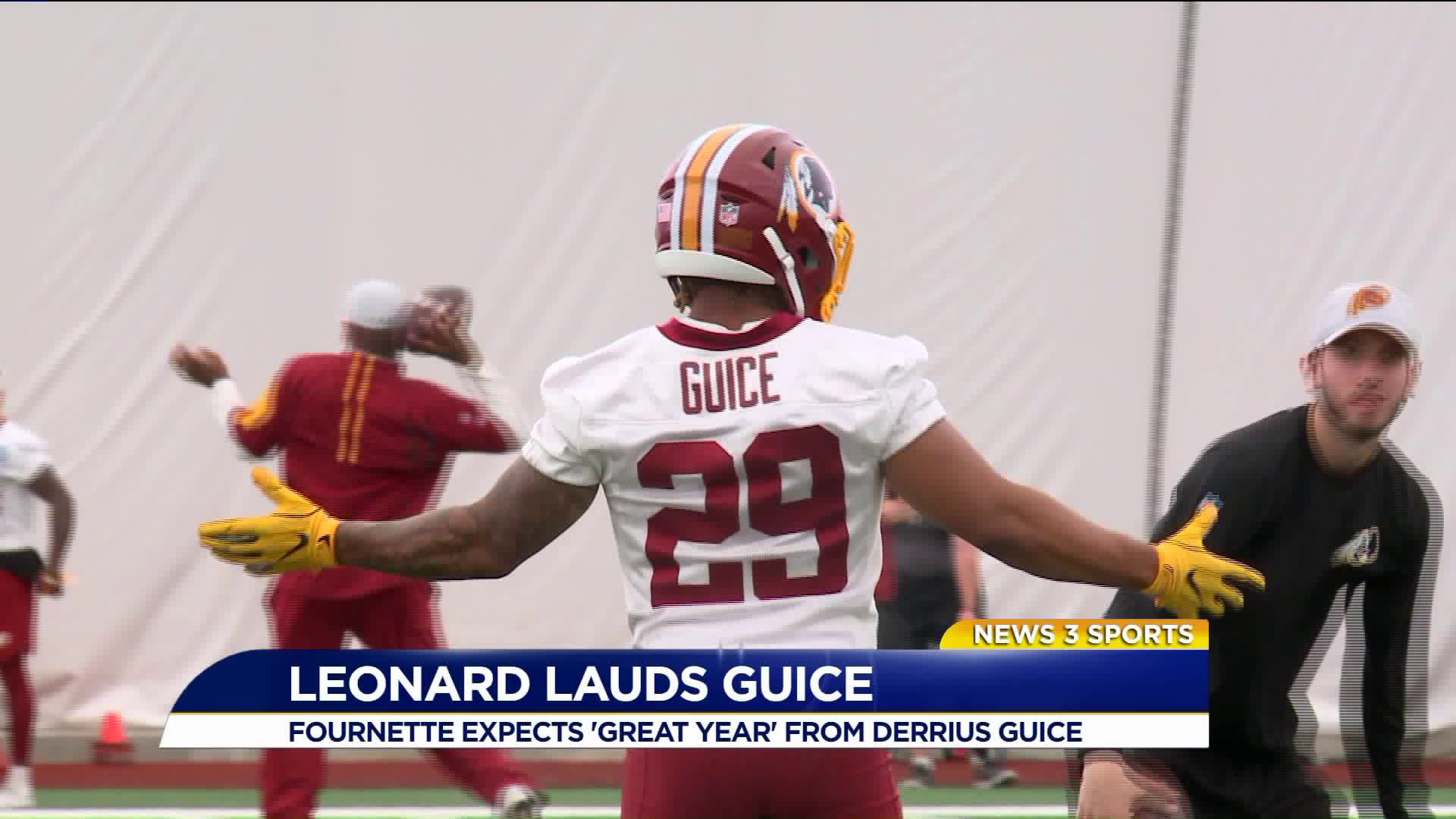 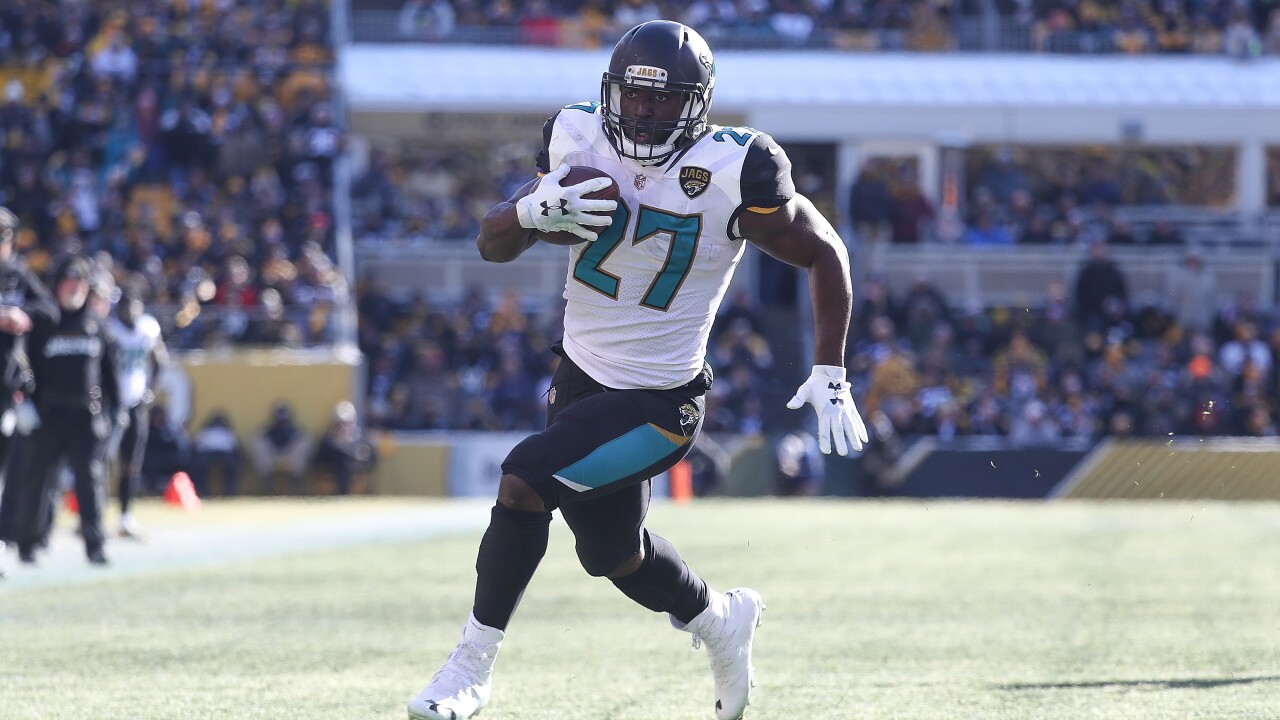 Leonard Fournette runs for a touchdown against the Pittsburgh Steelers. (Photo by Rob Carr/Getty Images)

"Derrius is always going to be Derrius to me - he's one of my little brothers," Fournette said about his former LSU teammate during a charity function for a New Orleans-area Boys & Girls Club.

Fournette, the Jaguars star running back who was one year ahead of Guice at LSU, not only knows Guice - he says he knows he's in for a solid rookie season in the NFL.

"I'm looking forward to seeing what he can do in the NFL," Fournette explained. "He's going to have a great year. When I was there at LSU, he always had the talent. He's a hard worker - he's a great kid. Big things are coming for Derrius this year."

The Redskins, who ranked among the bottom five rushing offenses in the NFL last season, used a second round pick (59th overall) on Guice in the 2018 NFL Draft. Following his record-setting career at LSU, Fournette was selected by the Jaguars with the fourth overall pick in the 2017 NFL Draft.

During his rookie campaign in Jacksonville, Fournette rushed for 1,282 yards and 13 touchdowns in 16 games (including the postseason). As a team, the Redskins scored just 10 rushing TDs in 16 games last season. Quarterback Kirk Cousins led the team with four rushing scores.

Guice played with Fournette during his first two seasons at LSU. Following his three-year career in Baton Rouge, Guice left campus as the Tigers' fifth all-time leading rusher and the owner of three school records. He also ranked among the Top 10 in LSU history in 28 categories.