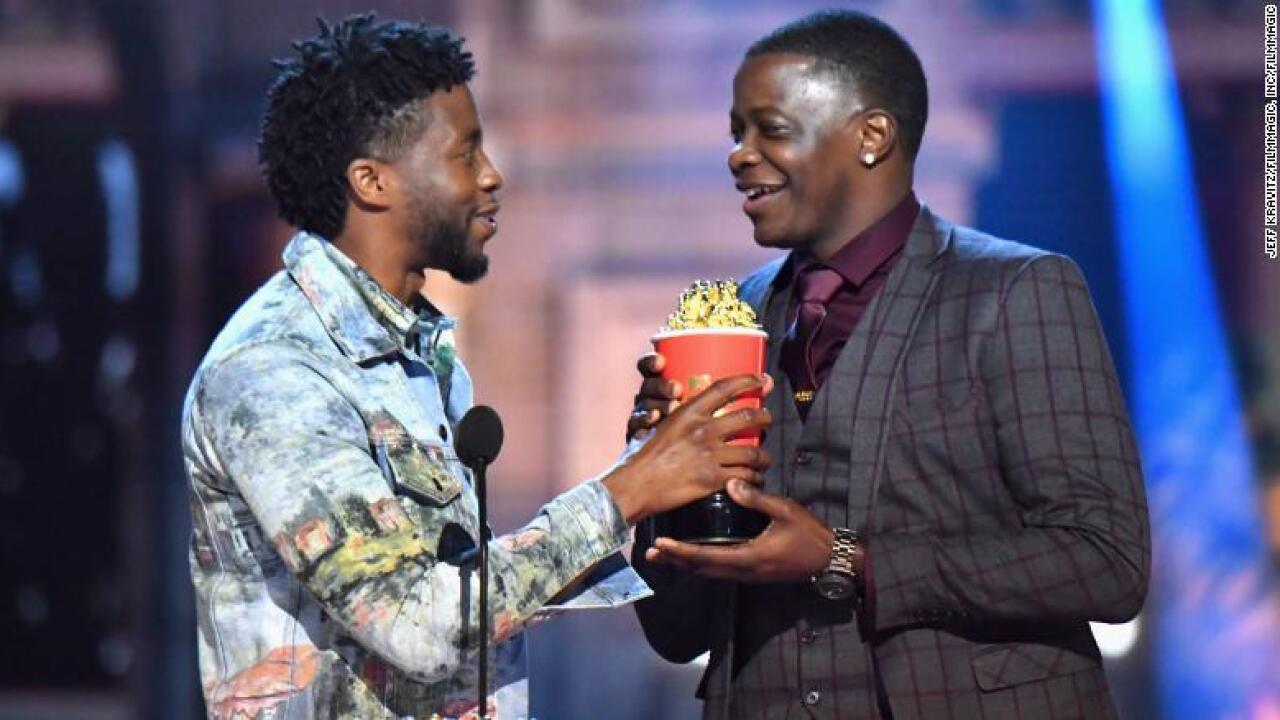 “Black Panther” star Chadwick Boseman gave his award for playing a superhero to a real hero.

The actor was accepting the MTV Movie & TV Award for best hero in a movie when he invited James Shaw Jr. to the stage. Shaw is responsible for stopping the gunman in a deadly shooting at a Waffle House in Tennessee in April that killed four people.

“Receiving an award for playing a superhero is amazing, but it’s even greater to acknowledge the heroes that we have in real life,” Boseman said. “So I just want to acknowledge somebody that’s here today. James Shaw Jr. Where are you? Stand. If you don’t know James Shaw Jr., he fought off a gunman in Antioch, Tennessee at a Waffle House. He saved lives. Come on up here.”

Shaw then took the stage and Boseman handed him the golden popcorn award, “This is gonna live at your house.”

Shaw was grazed by a bullet while grappling with the gunman and burned his right hand grabbing the barrel of the weapon.

Shaw also created a GoFundMe page to assist the victims of the shooting.