Report on FBI brings the 2016 campaign roaring back 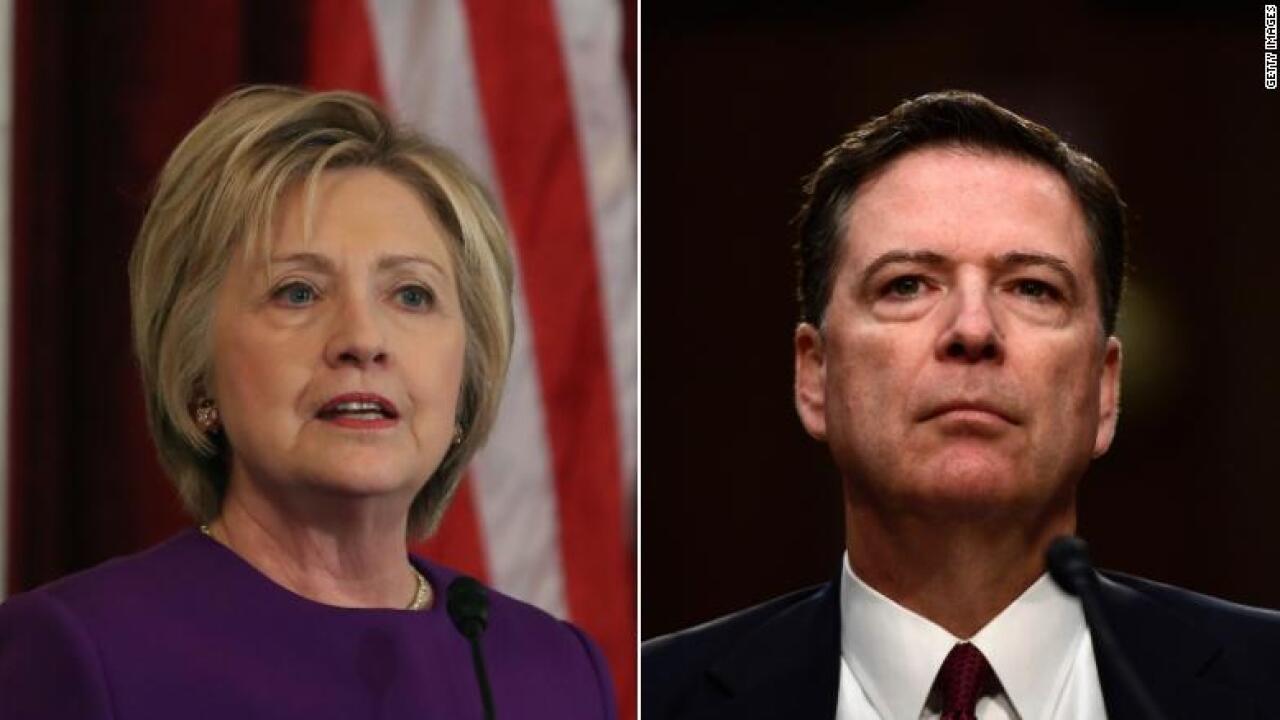 This long national nightmare may never be over.

The sour legacy of the 2016 election is further tightening its grip on Washington after the release of a critical report on the FBI’s conduct while investigating scandals linked to the vote. And a new legal front is opening with stunning allegations about the Trump family’s behavior during the campaign.

It all made for another surreal day in the nation’s capital Thursday that deepened cavernous divides, dealt a fresh battering to the nation’s bedrock legal institutions and further undermined the notion that a shared objective truth underwrites American political life.

The publication of the Justice Department’s inspector general’s report also offered an unsettling preview of how the political power centers are likely to splinter along partisan lines when Robert Mueller eventually reveals the results of the Russia investigation.

It was a spectacle that suggests that recriminations over the election, and the political wars unleashed in its aftermath, mean that there will never be some national cathartic moment of unity when the nation can finally move on from the debacle of 2016.

Instead, the damage from the nastiest election in decades seems to multiply by the week, stifling all efforts to slake its poison, and looks certain to linger for years.

President Donald Trump pounced on the report early Friday morning, referencing a text message between FBI agent Peter Strzok and lawyer Lisa Page that spoke of a need to “stop” Trump from becoming President as proof that the Clinton email and Russia investigations were politically motivated.

“Doesn’t get any lower than that!” Trump tweeted.

On the face of it, the Justice Department’s inspector general’s report was unimpeachably reasonable. It offered something for everyone involved in the tortured melodrama of the last election, should they chose to salve their wounds and move on.

“It is thorough, it is detailed, it is reasoned, it is not histrionic,” said Preet Bharara, former US attorney for the Southern District of New York, who is now a CNN legal analyst.

The report found that former FBI Director James Comey infringed departmental norms and acted in an “extraordinary and insubordinate” manner in handling the Hillary Clinton email investigation, but not out of political malevolence. It rebuked two FBI officials who swapped text messages critical of Trump but said their political leanings did not taint the bureau’s investigations.

It also undermined the idea there was a “deep state” conspiracy directed from the top of the FBI to keep Trump out of the White House, a narrative advanced by the President.

“I am hopeful that the work is finished on this issue, that the American people, the President and the Congress accept the OIG’s report and we can move on,” Greg Brower, a former assistant director at the FBI’s Bureau of Congressional Affairs, told CNN’s Brooke Baldwin.

In normal times, Congress would be expected to soberly absorb the conclusions and debate reforms needed to repair the breach in national political life.

These are not normal times and there is no chance of such common purpose.

The White House could have said the President accepted the recommendations and wanted to draw a line under a fraught saga to bring the nation together.

Instead, it seized on the sections of the report that played into his conspiracy theories about a plot against him, charges quickly picked up by cheerleaders in Congress and conservative media.

It’s not that the text messages between Strzok and Page were not deeply troubling. In fact, they are ruinous to the FBI’s reputation and could justify anger on Trump’s behalf.

But White House press secretary Sarah Sanders chose to ignore the report’s conclusion that the exchange did nothing to taint FBI activities during the election period, implying instead that it delivered a much broader indictment.

She said the report “reaffirmed the President’s suspicions about Comey’s conduct and the political bias among some of the members of the FBI.”

Trump’s aides are always on the lookout for anecdotes that cast Comey in a bad light and support their claims he was fired over his handling of the Clinton email saga — even though the President said on NBC he did it because of the Russia probe.

Sanders’ reaction was rooted in one reason why the reverberations of the 2016 election may never die. Her implicit argument is that any suggestion of presidential wrongdoing in 2016 is invalid since there is institutional bias against Trump.

The President’s backers promote the argument even though allegations of collusion between his campaign and Moscow arise from frequently shifting explanations about repeated contacts from people in his campaign and Russians.

The administration also invoked dark suggestions that shady forces are maneuvering against the President to explain away a damaging new lawsuit against him.

The action, brought by the New York attorney general, alleges that Trump and his three elder children misused funds from his charitable foundation in a pattern of “persistent illegal conduct.”

But Trump tweeted that it was more proof of bias against him by “sleazy New York Democrats.”

Again, the conceit is that whenever Trump is accused of wrongdoing, it is simply because a corrupt and rigged system is out to get him.

It’s an argument the President has used and will employ again to discredit whatever Mueller finds, and that is already a potent one in shaping the sentiments of supporters who have helped him take over his party and drive out Republican dissent.

But the White House was not alone in cherry-picking the report.

Democrats could have digested the harsh accounting of Comey’s handling of the Clinton email probe and accepted validation, before moving on from an election that will never be re-run. Instead, some of them accused the fired FBI director of effectively deciding the race.

“The stark conclusion we draw after reviewing this report is that the FBI’s actions helped Donald Trump become President,” Democratic Reps. Jerrold Nadler and Elijah Cummings said in a statement.

“Director Comey had a double standard: He spoke publicly about the Clinton investigation while keeping secret from the American people the investigation of Donald Trump and Russia.”

Clinton herself also stoked the embers of 2016, reacting to findings that Comey used a personal Gmail account for official government business while FBI director.

“But my emails,” she tweeted, borrowing the refrain of supporters who accused the media of over-inflating her use of a private server while secretary of state.

As Washington sank deeper into acrimony, someone, a long way away, was no doubt watching.

If a Russian influence intelligence operation really did try to damage American democracy in the last election, and set American on American in a bid to embitter political life and damage vital institutions, President Vladimir Putin must have been smiling inside at the discord he helped sow.