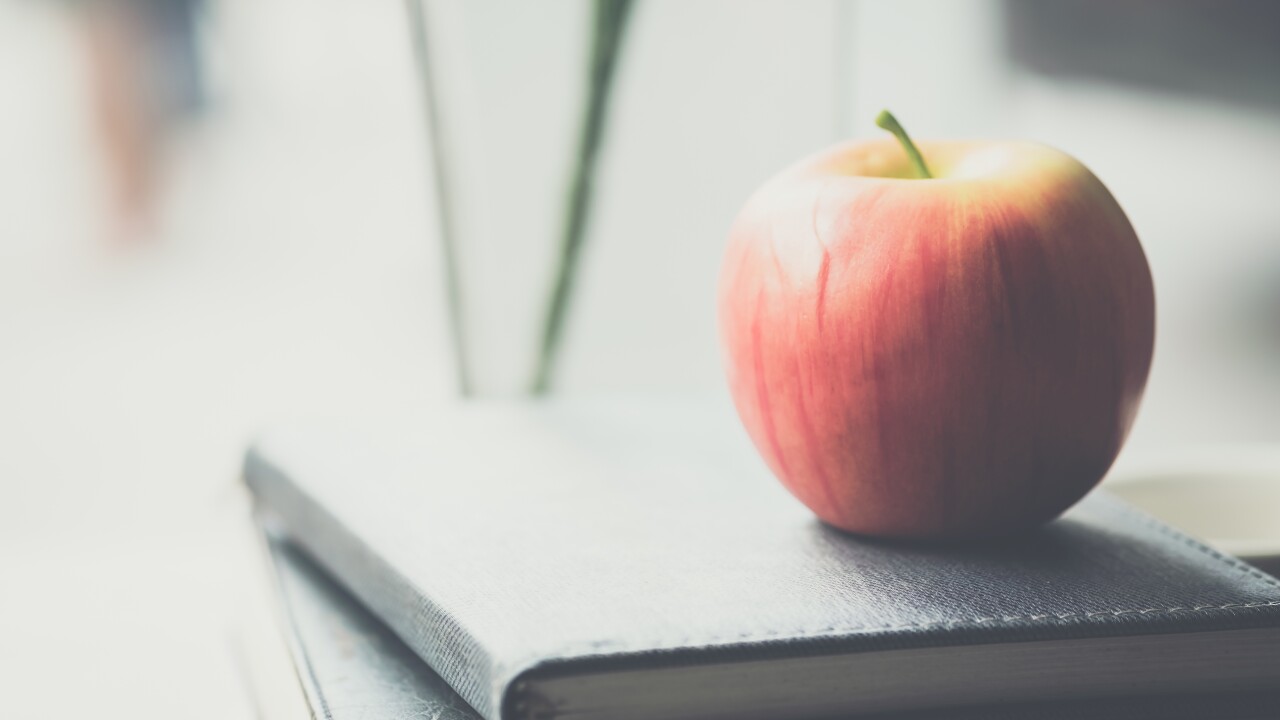 Apples placed on books and notebooks in the morning light.The image is blurred and Soft focus.

Genevieve Via Cava loved teaching and loved her students. Now, seven years after her death, they are learning just how much.

The teacher in Dumont, New Jersey, devoted 45 years of her life to helping students with learning disabilities. After her retirement in 1990, Via Cava continued to visit the school district for which she worked, checking in on classes and sometimes stopping by the superintendent’s office.

Via Cava died in 2011. And this April, the Dumont Public Schools received something they never expected: a check from her estate for $1 million.

The former educator, who had no children or immediate family of her own, had amassed a small fortune through her exceptional saving habits. She left the astonishing donation in her will to fund scholarships for special education students seeking post-secondary education.

School superintendent Emanuele Triggiano calls Via Cava’s gift “a blessing.” In her frequent visits, Via Cava had told Triggiano about her passion for her students and how much she liked working at Dumont.

“One day she quietly told me she accumulated a large sum of money and she planned on donating it,” said Triggiano, who was pleased but didn’t give it much thought at the time.

Beginning with next spring’s high school graduates, scholarships will be available to one or more special education students planning to continue their education. The amount will depend on how much interest is generated by the $1 million gift, with a maximum amount of $25,000 per student.

“In the event the scholarship fund grows to the extent that two or more scholarships can be made available, we can then give it to additional students,” Triggiano said.

The school district’s business administrator, Kevin Cartotto, said he was shocked by the donation. He added that Via Cava was a lovely person who seemed the type to make such a grand gesture. Cartotto said this is the biggest gift he has seen in his years with the school district.

Richard Jablonski, the executor of Via Cava’s will, has not responded to CNN’s request for comment.

Dumont Public Schools will be feeling Via Cava’s love for years to come, but they won’t be the only beneficiary of her generosity. April Savoye, Via Cava’s attorney, said the late teacher also left $100,000 each to five more organizations, including the Ramapo Animal Refuge and the Salvation Army.

“Because she had no immediate family of her own, and not even many not-so-distant relatives, it made sense for her to make this donation,” Savoye wrote in an email. “It took a while to distribute the money because it was a sizable estate and it takes time to get the federal government and state government to approve and finalize estate tax returns.”