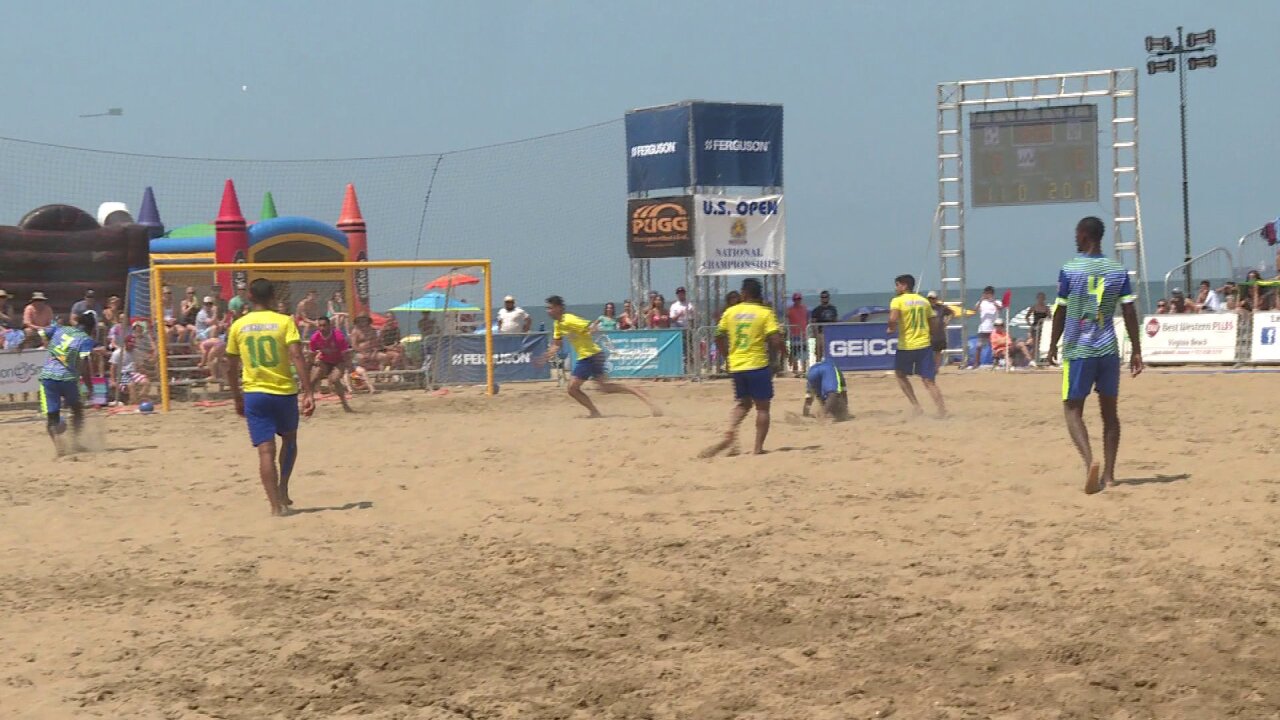 VIRGINIA BEACH, Va. – Thousands of pro and amateur sand soccer players made their way to the Virginia Beach Oceanfront this weekend

to be a part of the North American Sand Soccer Championship.

While local teams in the tournament did not fare as well as others, the Maryzilians, a team of Brazilians from Maryland, won the tournament after beating a the Great Lakes Beach Soccer team from Michigan.

Great Lakes struck first with a goal off a corner kick, and gained a 2-0 lead to start the match. But as the game progressed, the Maryzilians proved too much, ending the championship with a 7-5 victory.

The Brazilians will also take back to Maryland the 15 thousand dollar grand prize.