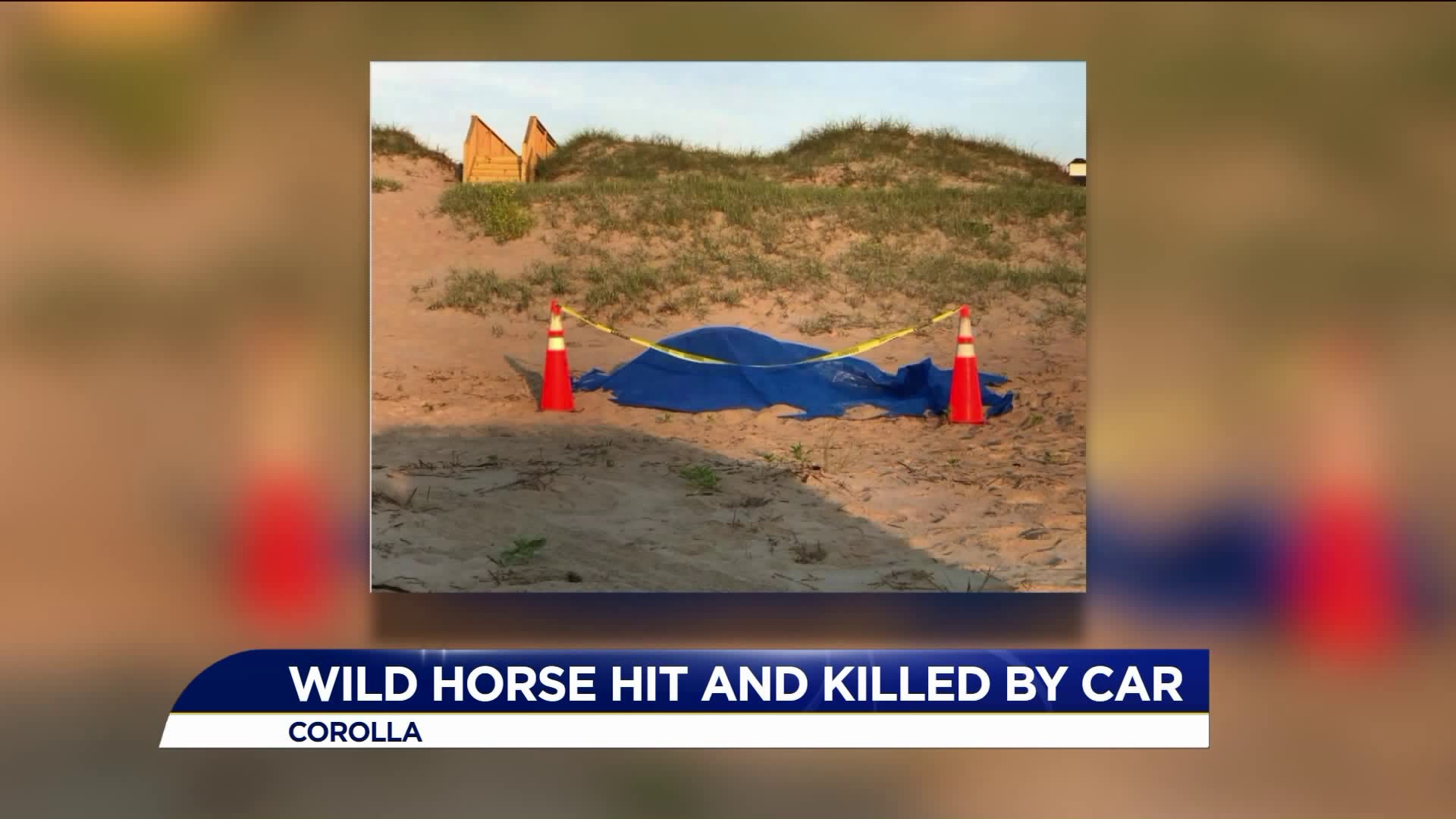 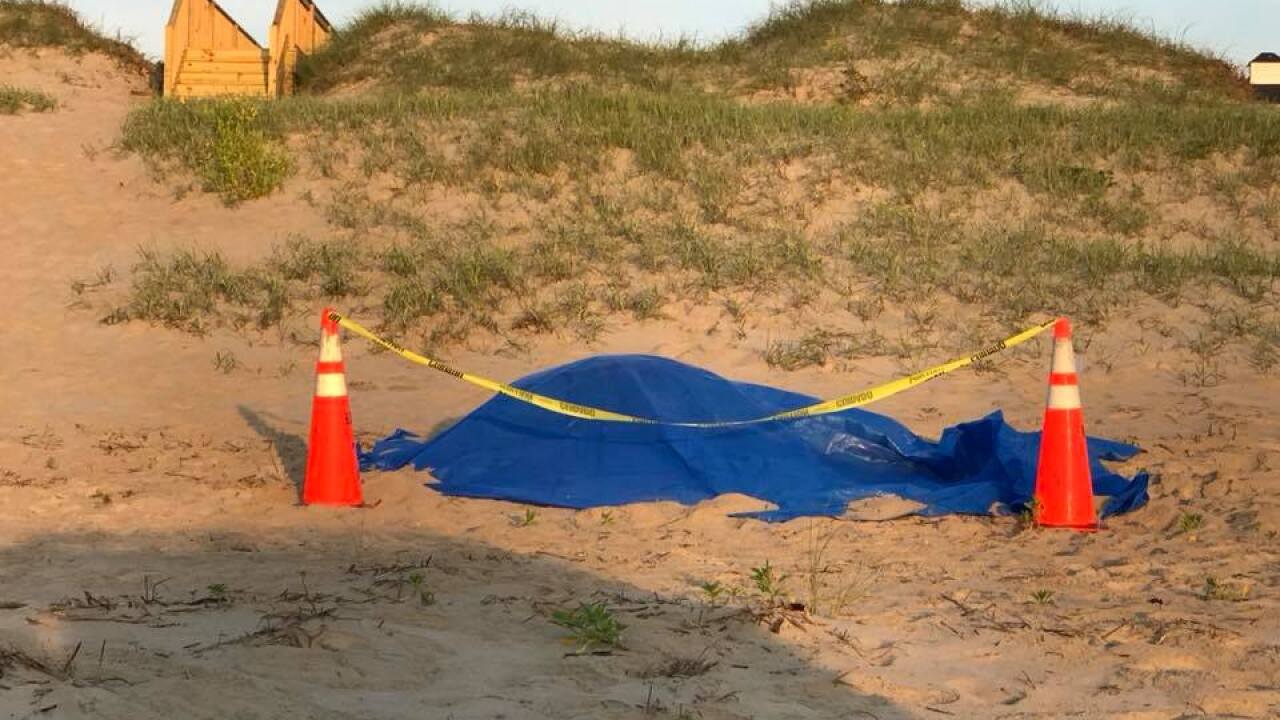 COROLLA, N.C. - A mare died in Corolla on Saturday after it was run over on the beach.

According to officials with The Corolla Wild Horse Fund, she died instantly and her stallion stayed over her body all night even after she was covered with a tarp.

Officials said a Virginia Beach native was traveling northbound when four to five horses ran from sand dunes towards the water. One horse hit the driver's front side tire.

The driver was reported to have been driving about 20-25 miles per hour at the time of the incident.

Curritcuk County's website says about beach driving rules and regulations, "The speed limit on the beaches of Corolla is 35 mph. On the shore or beach strand, the speed limit is 15 mph when traveling within 300 feet of any person or animal. When approaching another vehicle, use your turn signal to indicate on which side you plan to pass. (It is customary to pass on the right, when practical). The other vehicle should respond with a corresponding signal."

According to officials, it was foggy at the time of the incident and visibility was low.

The Corolla Wild Horse Fund asks people to please, "slow down and expect that a horse could be on the beach or running over the dunes at any given moment."

The mare was buried Sunday morning. No charges will be filed, officials said.