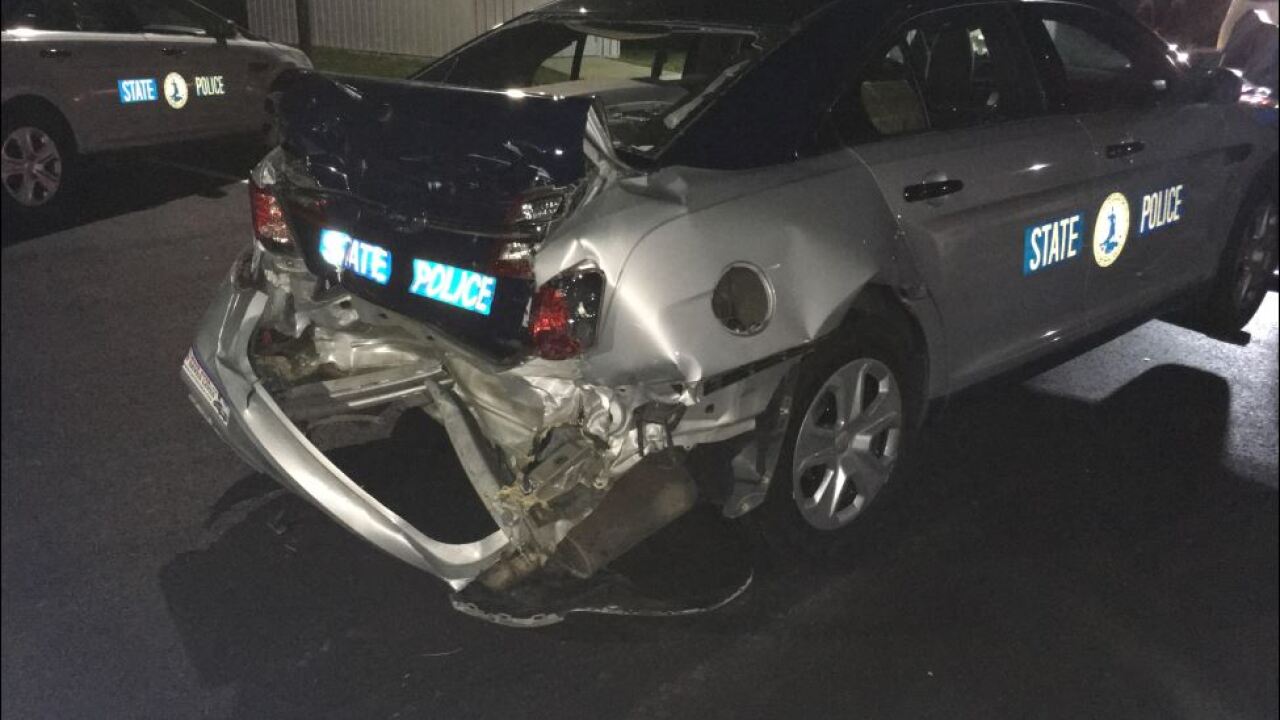 According to officials, while attempting to stop a sedan for speeding, Trooper Zbinovec activated the emergency equipment on his car.

The driver of the speeding sedan abruptly slowed down to a stop. To avoid striking the sedan being pulled over, Trooper Zbinovec slowed his car abruptly and was struck from the rear by a pick-up truck.

After getting struck from behind, Trooper Zbinovec’s car was pushed into the sedan and a guardrail.

The driver of the sedan, Kanishia Aurdray Collins, was charged with improper stopping.

The driver of the pick-up truck, Steven Todd Perkins, was charged with following too closely and driving while suspended.