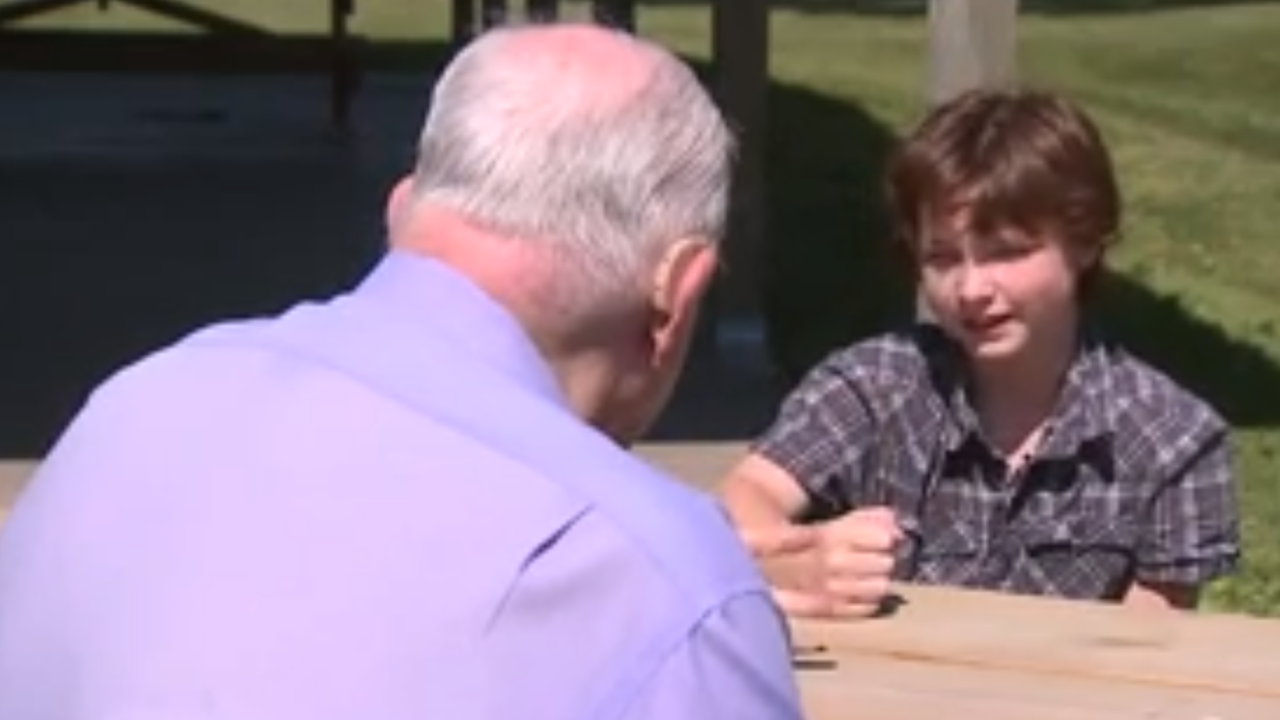 Every town has its own identity, some more defined than others. Aledo, Illinois touts its annual Rhubarb Festival, Viola has the Threshers Reunion, but a neighboring small town Joy, Illinois, is trying to define itself.

Reverend Tom Wright says Joy used to have a label.

“Joy used to be the hog capital of Illinois,” says Wright.

It was a big title that brought pride to this small town years ago. But that defining label no longer applies here.

“When the railroad decided to suspend operations it was like hitting the breaks at 60 miles per hour,” says Wright.

It’s this unlikely pair, Tom Wright and 12-year-old Matthew Wade, that you’ll find at the park that’s making it their mission to find that sense of importance again.

“We want something we can take pride in, and this is going to be big,” says Wright.

They’re tackling that mission by spreading the word about a fierce competition. Wright calls is the Rock Paper Scissors World Championship.

On Tuesday Wright and Wade pass out flyers advertising their competition.

Wright says there’s no other Rock Paper Scissors World Championships in the world, there are competitions, but he says none that take the title of world championship. So he’s bringing it to town.

“This is going to be part of Joy, Illinois’ identity. We’re all going to take pride in this,” says Wright.

Wright’s the brains behind the operation, and 12-year-old Wade is the face.

Wade won the first rock paper scissors competition in Joy last year. So according to Wright, Wade is the world champion.

But the thing is he only took on two other people.

“Matthew was the only one who came. And he scrambled around and got some friends of his, so we were able to have a competition,” says Wright.

So maybe the title doesn’t carry much weight yet. The idea is to get more hands throwing.

This unlikely pair will keep pushing for pride in Joy.

Joy’s second ever Rock Paper Scissors World Championship is coming up this Saturday at 1 p.m.

It’s free for all to compete.