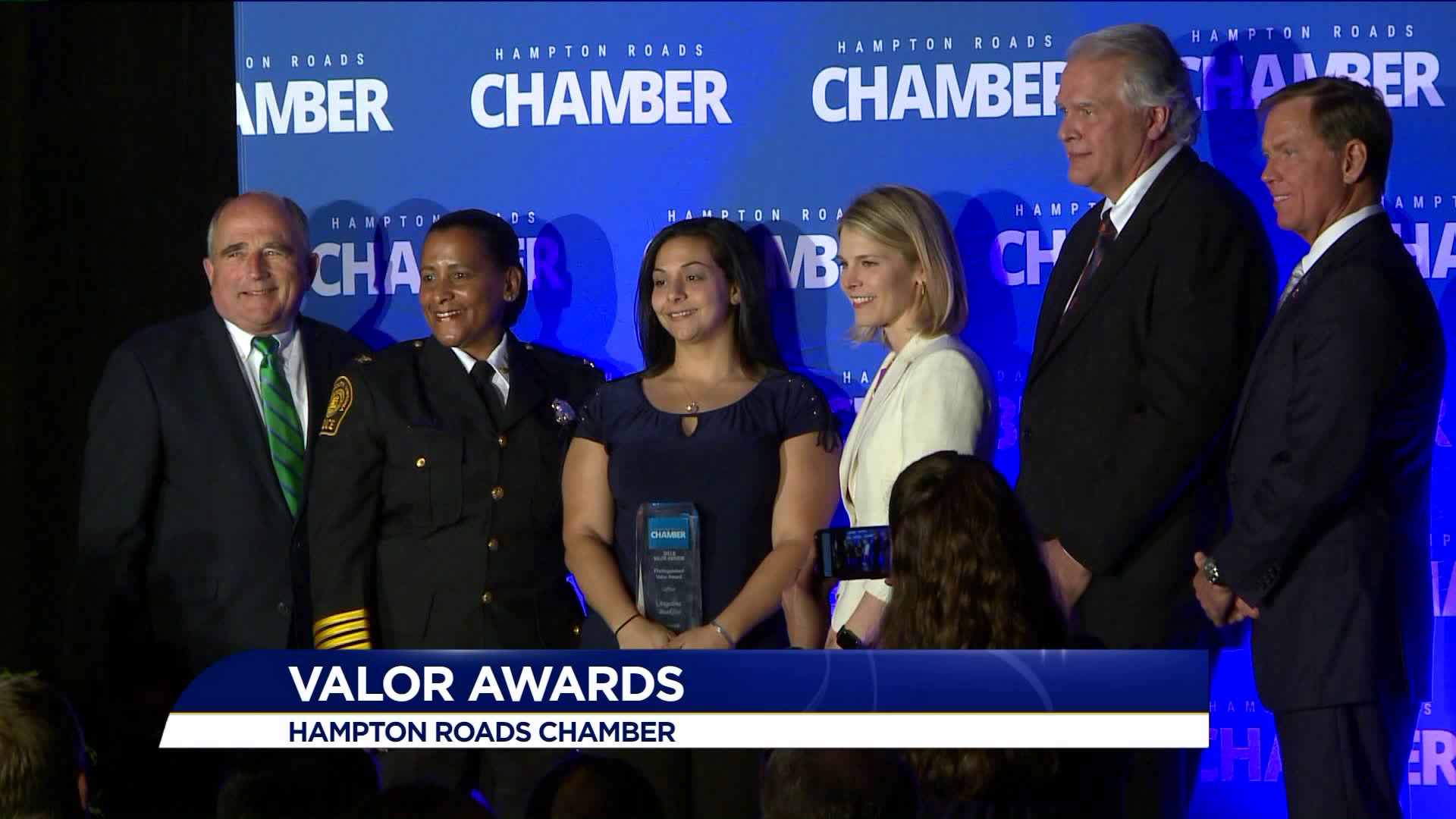 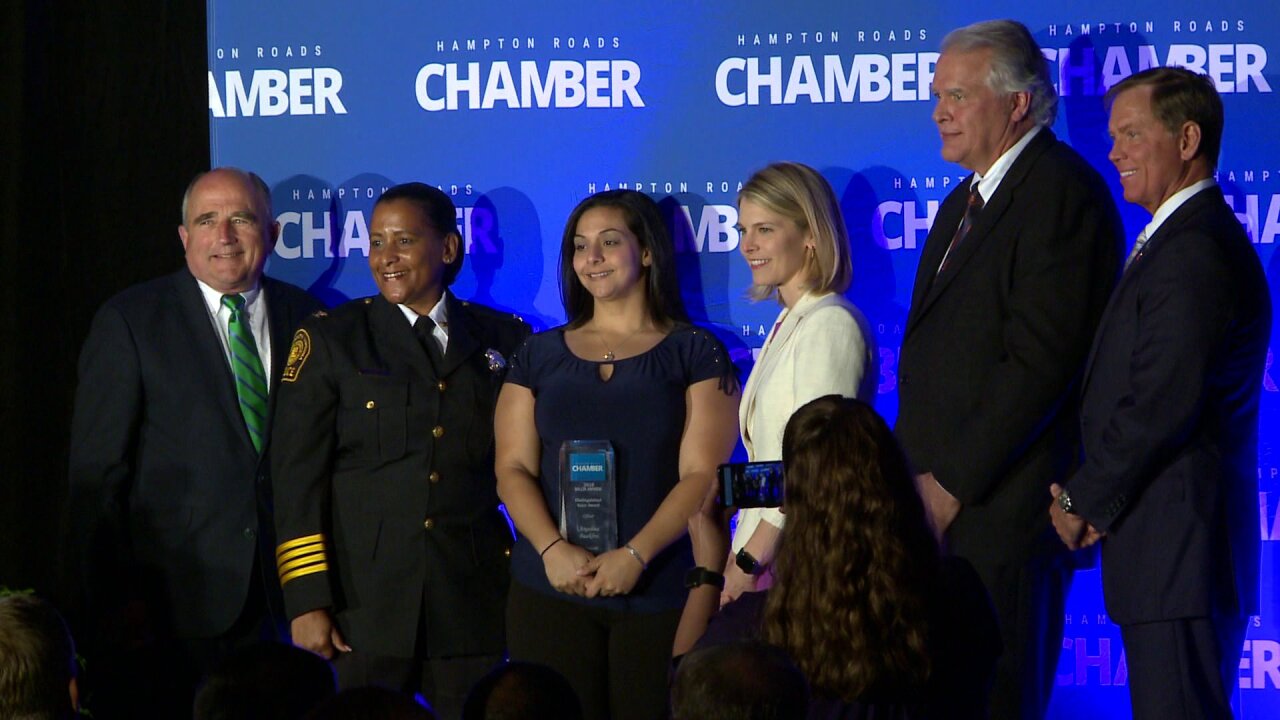 PORTSMOUTH, Va. - On Thursday, News 3 was proud to join our partners at the Hampton Roads Chamber in presenting the Valor Awards, which honored local law enforcement and firefighters who put their lives on the line every day.

For the last month, News 3 has been showcasing incredible feats of bravery from our local heroes.

Click here for complete coverage of the 2018 Valor Awards

Portsmouth Police Officer Angelina Baaklini was among the first to be honored at the ceremony held at the Portsmouth Renaissance Hotel as she received the Distinguished Valor Award. Seven months ago, she was shot five times by a teenager she was taking into custody.

After receiving a standing ovation, she spoke exclusively with News 3 Thursday in her first interview since the attack, where Kurt Williams asked her about her determination moments after she was shot.

"I'm a fighter; I know that, but you never know how you're going to react until the situation comes upon you, so I hate to say it, but I am a little proud of myself, and I was lucky to have them there because they saved my life," Officer Baaklini said of two detectives who kept her from bleeding out.

Officer Baaklini said she was humbled and grateful for the outpouring of support she's received since the shooting. She stresses her colleagues have stood by her side the entire time. She added that as she continues physical therapy, she's eager to return to the force and would put her life on the line again.