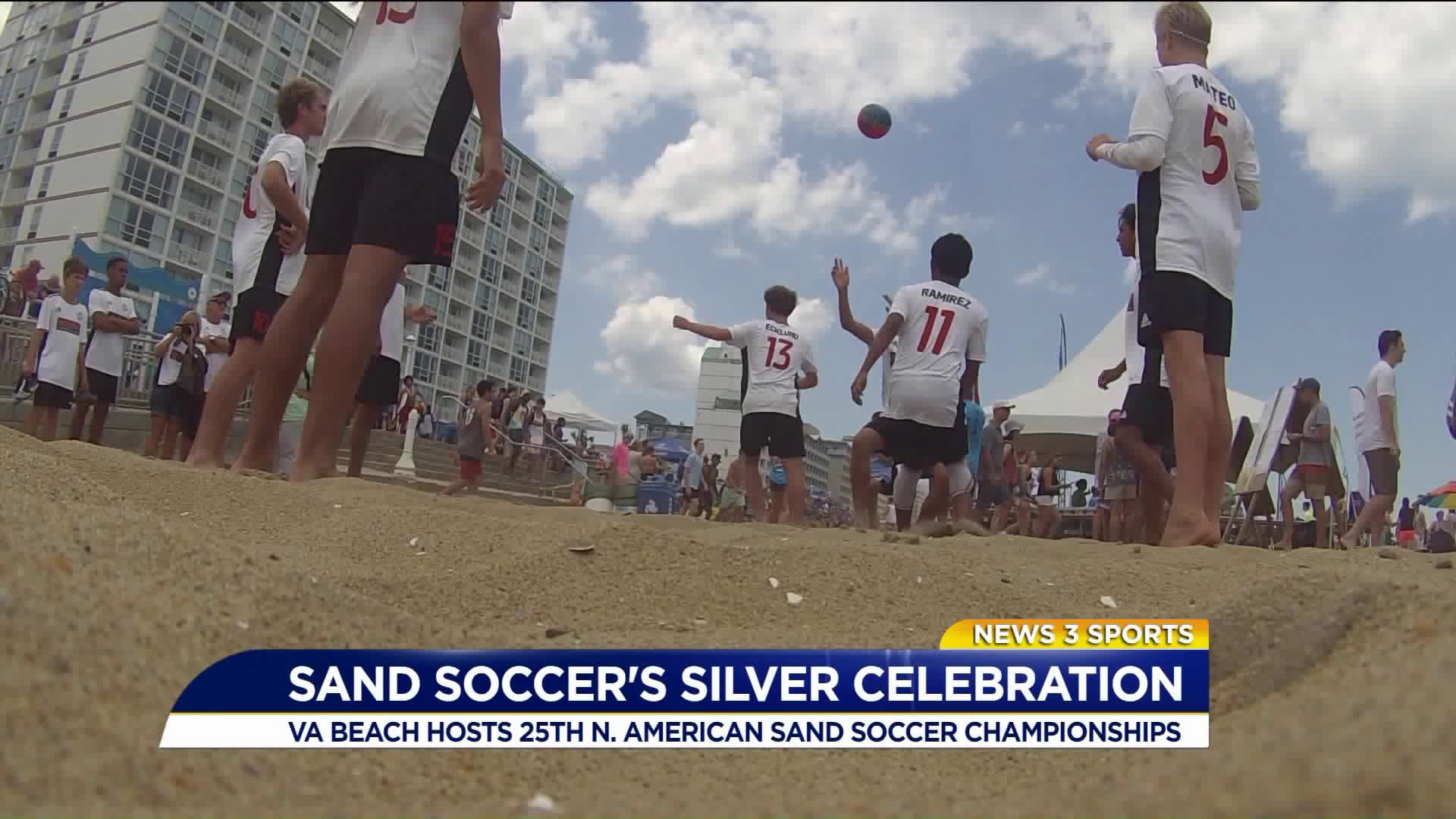 "When we started this thing, it was a few of us in a restaurant every Saturday trying to figure out what sand soccer is all about," Dick Whalen recalled. "There was only one tournament at the time - down in Florida. Now, it's the largest one in existence and we're mighty proud of that."

When Dick Whalen founded the Ferguson North American Sand Soccer Championships back in 1994, the set-up consisted of just six fields.

This weekend, the 25th anniversary of the world's largest sand soccer festival, 63 fields will cover a mile and a half of the Virginia Beach Oceanfront to welcome 900 teams and 200,000 people from across the globe.

"The primary mission of all those founding fathers and mothers back in '94 was simply to teach a new sport to the area," Dick explained. "We also hoped to generate funds for the soccer complex."

"It's so well run," Matt Whalen, Director of Operations for the Ferguson North American Sand Soccer Championships admitted. "We take our hat off to all our volunteers. All the money made here goes right back to the Hampton Roads Soccer Complex. The people that put this event on are the moms and dads at the complex with their kids throughout the year."

Matches begin Friday morning at 10am and continue all weekend.

"It's not your traditional soccer game where it's low scoring," Matt added. "Most of our games have final scores of 8-6 or the like. There's a lot of action and a lot of passion down there on the sand."