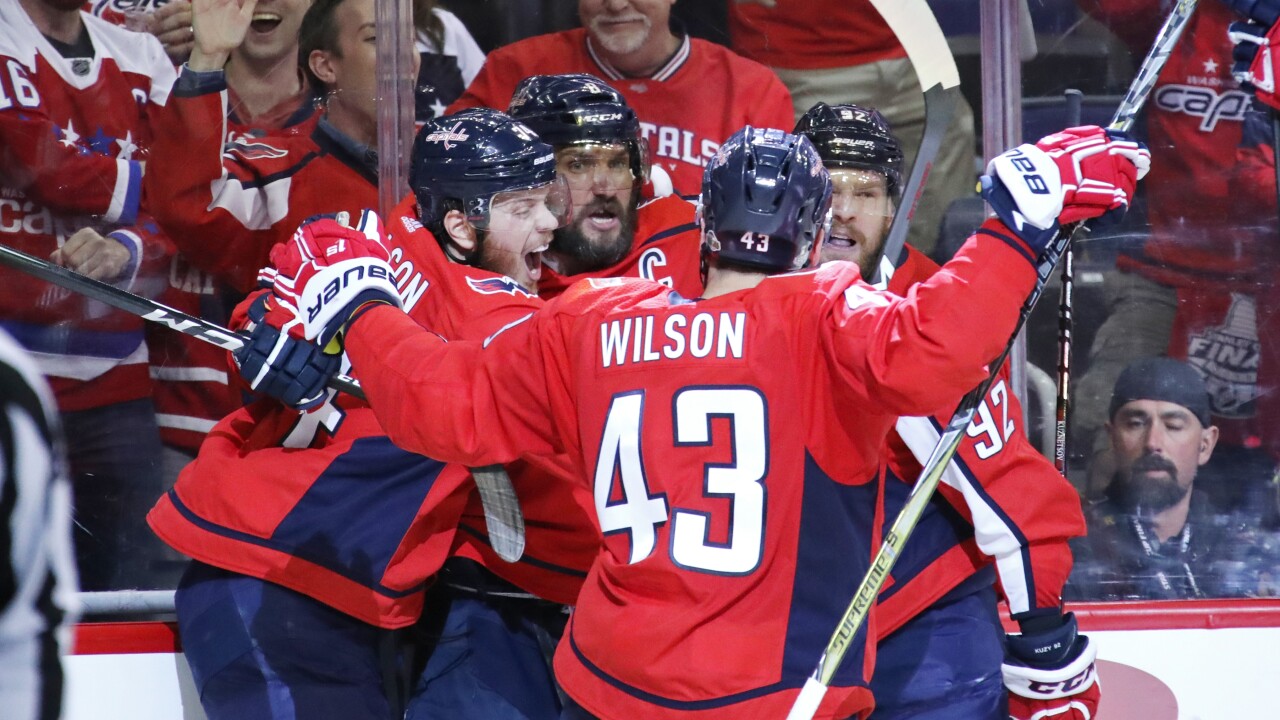 Alex Ovechkin of the Washington Capitals is congratulated by his teammates. (Photo by Bruce Bennett/Getty Images)

WASHINGTON – One from done.

With one more victory, the Washington Capitals can put an end to a long title drought for D.C. sports teams.

Monday, the Capitals used a three-goal barrage in the first period to blast the Vegas Golden Knights, 6-2 in game four of the NHL’s Stanley Cup Final. The Caps lead the best of seven series three games to one.

The Capitals are one victory away from delivering D.C.’s first championship in a major sport since the Redskins won Super Bowl XXVI in 1992.

Alex Ovechkin of the Washington Capitals is congratulated by his teammates. (Photo by Bruce Bennett/Getty Images)