Warriors take Game 2 from Cavs, as series heads back to Cleveland 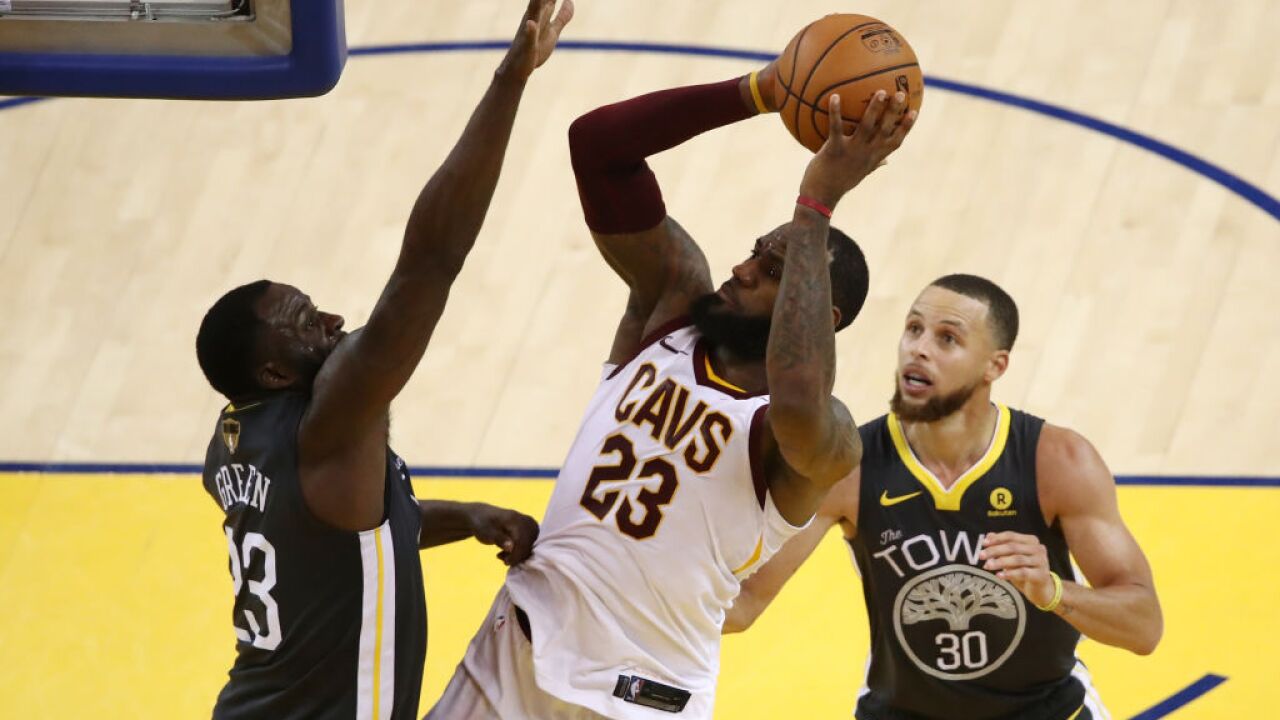 OAKLAND, CA – JUNE 03: LeBron James #23 of the Cleveland Cavaliers attempts a shot over Draymond Green #23 and Stephen Curry #30 of the Golden State Warriors during the fourth quarter in Game 2 of the 2018 NBA Finals at ORACLE Arena on June 3, 2018 in Oakland, California. NOTE TO USER: User expressly acknowledges and agrees that, by downloading and or using this photograph, User is consenting to the terms and conditions of the Getty Images License Agreement. (Photo by Ezra Shaw/Getty Images)

OAKLAND, Ca. – While some thought the Cavaliers would come back from a blown game one, Stephen Curry and the Golden State Warriors took advantage of Cleveland’s slow start, beating LeBron James and company 122 -103, to take a 2-0 series lead.

LeBron James goes up for a layup. (Photo by Ezra Shaw/Getty Images)

After trailing by only six to the Warriors after the first quarter, Cleveland would halt any momentum they had going into the second half by falling 13 points behind Golden State.

At times in the second half, Cleveland mounted chances to close the gap, but the sharp shooting Warriors would not miss, getting the upper hand on the Cavs in both field goal percentage (41.1% to 57.3% and in three point percentage (41.7% to 33.3%).

James led the Cavs with 29 points, but his offensive production was 22 points less than in Game 1 when he scored 51 points.

The Cavs also had four starters in double digits, but were out scored by the Warriors bench ensemble by eight points, and by Golden States starters comparatively by 14 points.

Kevin Love, the Cavs Center/Forward, has tallied a double-double in both Finals games so far. He is doing so after coming off a concussion in Game 6 of the Eastern Conference Finals against the Boston Celtics.

Cleveland will have a chance to even the series with Game 3 and 4 heading back east.