Virginia Wesleyan is #outloving thy neighbor 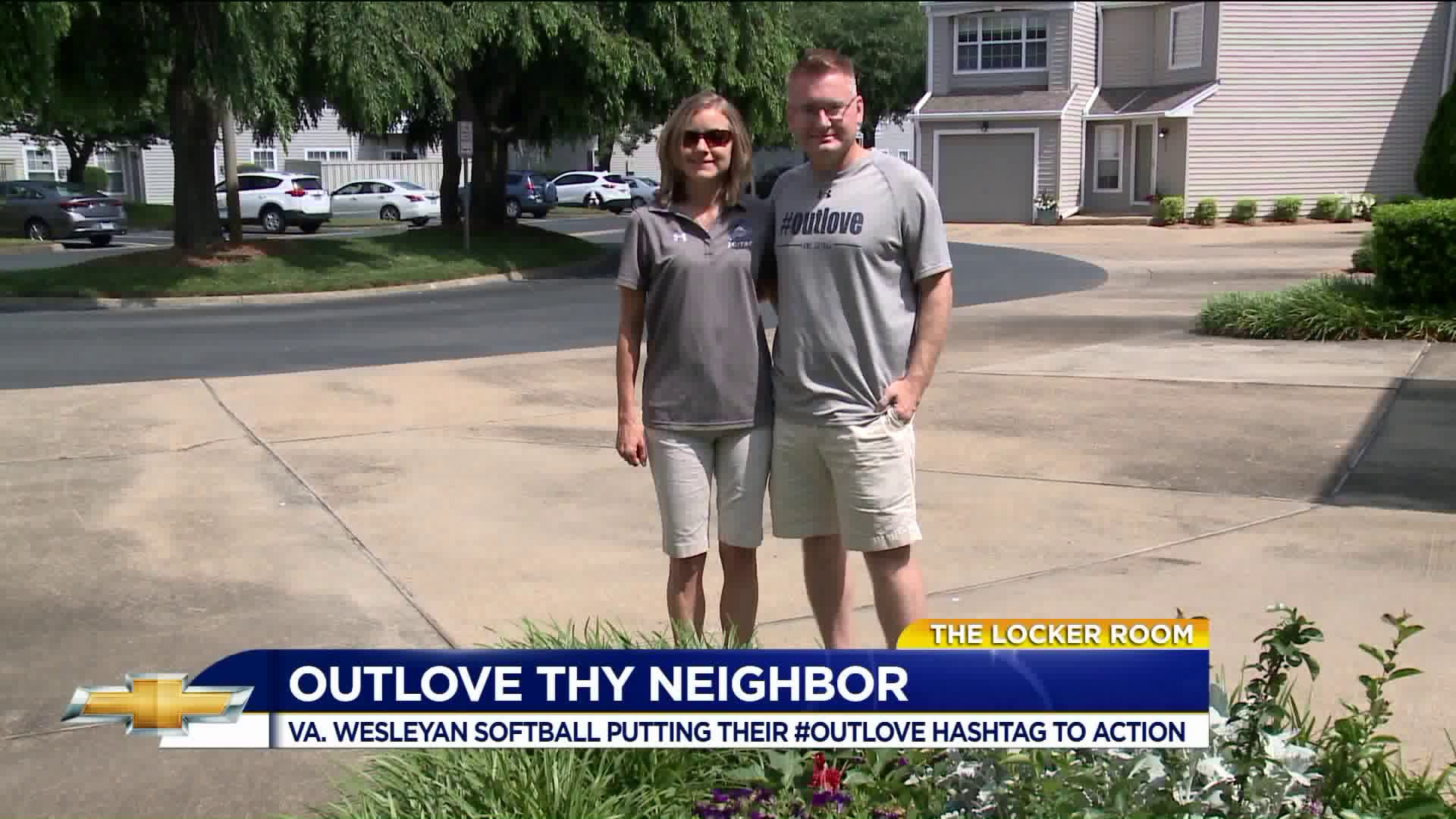 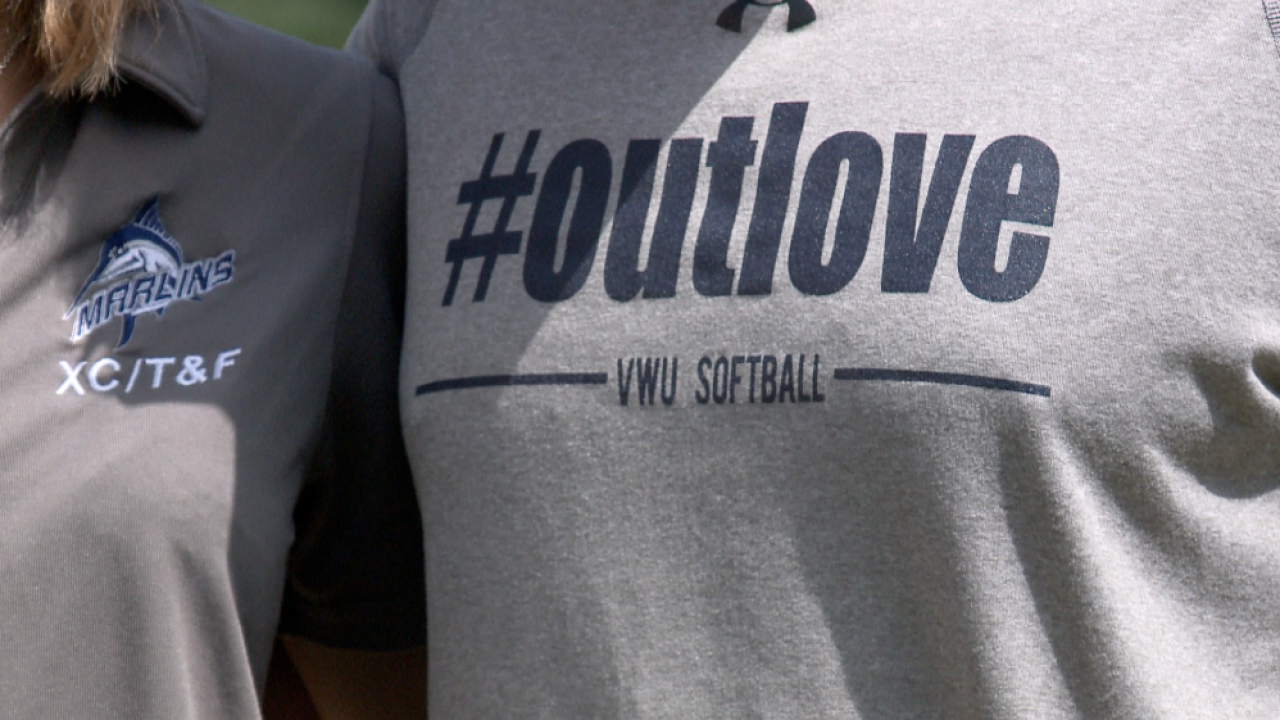 VIRGINIA BEACH, Va. - In 2016, Virginia Wesleyan's softball team was bounced in the regional round of the NCAA Tournament. In the midst of disappointment, a seed was planted.

"It just hit me, and I said 'man we're not getting outworked and outplayed, or out-coached, we're getting outloved," said head coach Brandon Elliott.

The hashtag "#Outlove", sprouted from just a seed, to a stem. Shortly after its adoption, petals started to form.

"People take the meaning to it however they want," said Elliott, who has led the Marlins to back-to-back national championships. "Whatever outlove means to you, people have taken that on their own way and have created something of their own."

Outlove wound up spreading throughout campus, finding it's way to Mat and Krista Littleton.

"It really has fostered a family feel in the athletic department," said Mat, the head men's track & field coach. "The amount of support for people have for each other is incredible and I think you see that in a lot of areas."

In March of 2017, the Littleton's unexpectedly lost their daughter, Alana, in the form of stillbirth.

"They [VWU Athletic Department] were extremely supportive of the time we needed not to overcome it but try to get through it the best that we could," said Krista.

Coach Elliott was filled with empathy upon hearing the news, as he and his wife once faced the possibility of losing their son, Cooper, who was born premature.

"In situations like that, we always wanna think we know what they feel like, and I'm always careful to tell people hey I know what you feel like, cause I know what I felt like, but I had no idea how you felt," Elliott told News 3.

With love and lending hands, Elliott supported the Littleton's in a way they would not forget.

"We woke up one morning and went out there and saw the purple flowers and said oh this is interesting," said Krista. "Then we found out Brandon had snuck over and planted them for us. And that just meant so much to us. It meant the world to us that he cared enough to come over and do that for us."

Flowers planted for the Littleton's by Coach Elliott.

To some, outlove signifies championships. To the Littleton's, outlove symbolizes their daughter, and the purple flowers. They were planted by a man who has been through his share of losses as well.

"I certainly wasn't surprised just what I knew about his character and the type of person that he is," said Mat. His wife Krista, who is the head women's track & field coach, found inspiration in Brandon's perseverance through grief.

"Just to see how strong he has been through all of that, has helped me think, okay, well if he can be strong, I can be just as half as strong as him."

What started out as a hashtag, has bloomed into something beautiful.