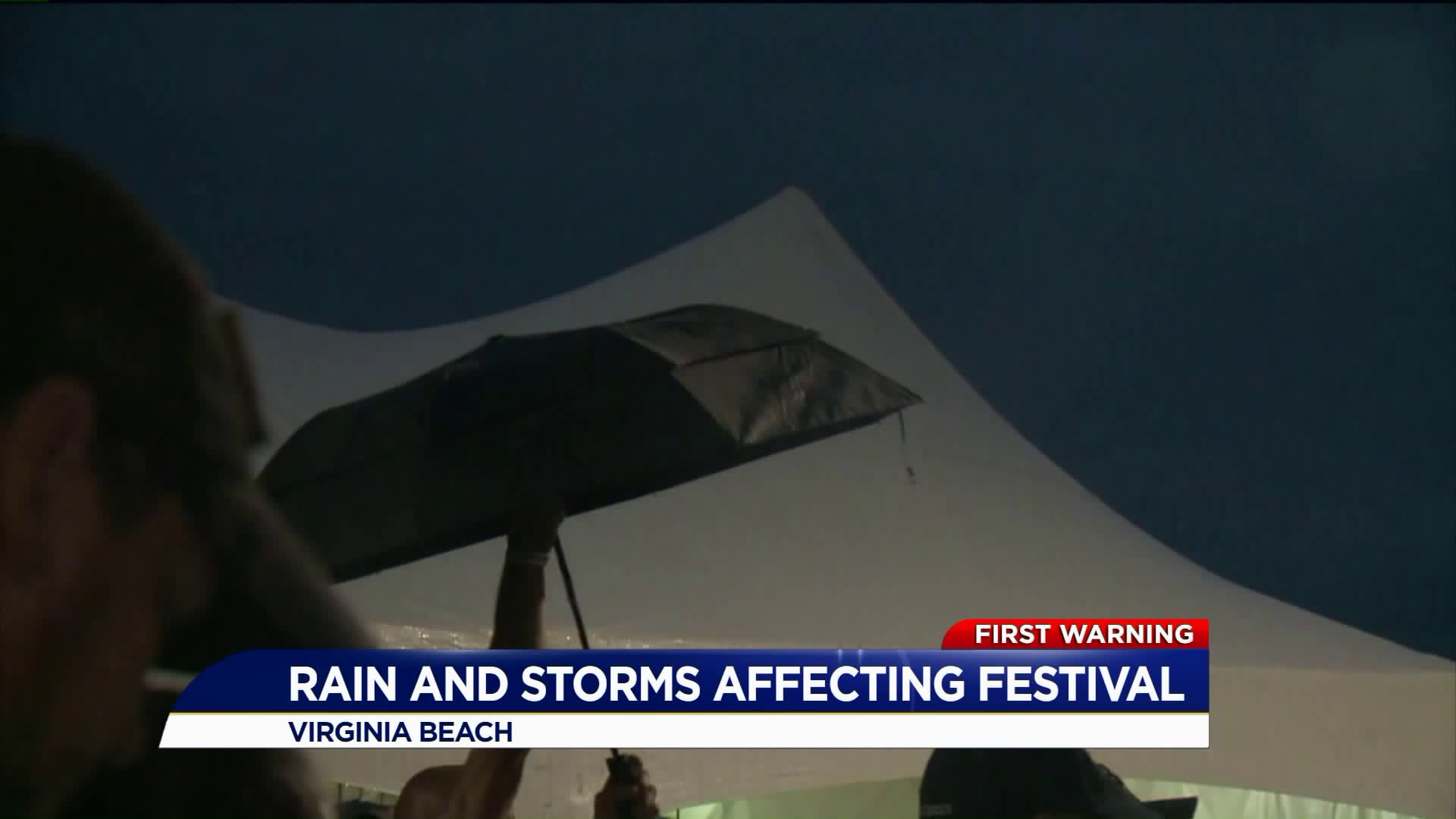 HAMPTON ROADS, Va. - Multiple festivals in Hampton Roads were impacted by severe lightning and thunder that hit the area Saturday.

The fireworks at the Blackbeard Pirate Festival were canceled in Hampton on Saturday, and the Patriotic Festival in Virginia Beach had delays because of the wet weather.

Multiple cities and counties in Coastal Virginia were under flash flood watches since 2 p.m. Saturday and were active through out the evening.

The fireworks for the Blackbeard Festival in Hampton will not be rescheduled, according to a Tweet from the Hampton Police Division.

Due to a close by lightning strike the beach area and boardwalk must be evacuated.

Keep all of your tickets/wristbands etc and you will be able to re-enter the concert area when we are able to reopen.

Bad news....due to the potential severe weather expected tonight the fireworks display at the Blackbeard Festival has been cancelled. There is no plans at this time to reschedule. Please help us share the word. pic.twitter.com/MWGE5vcZHA