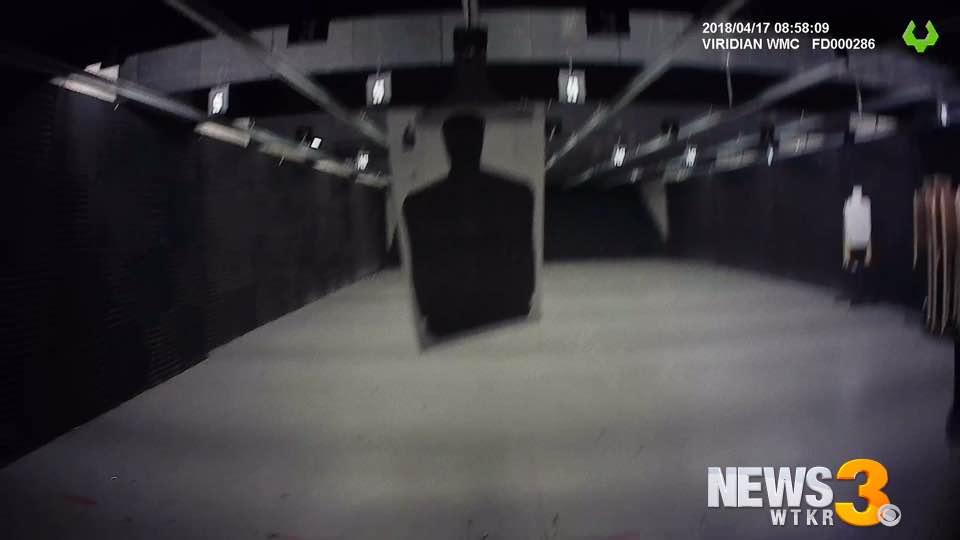 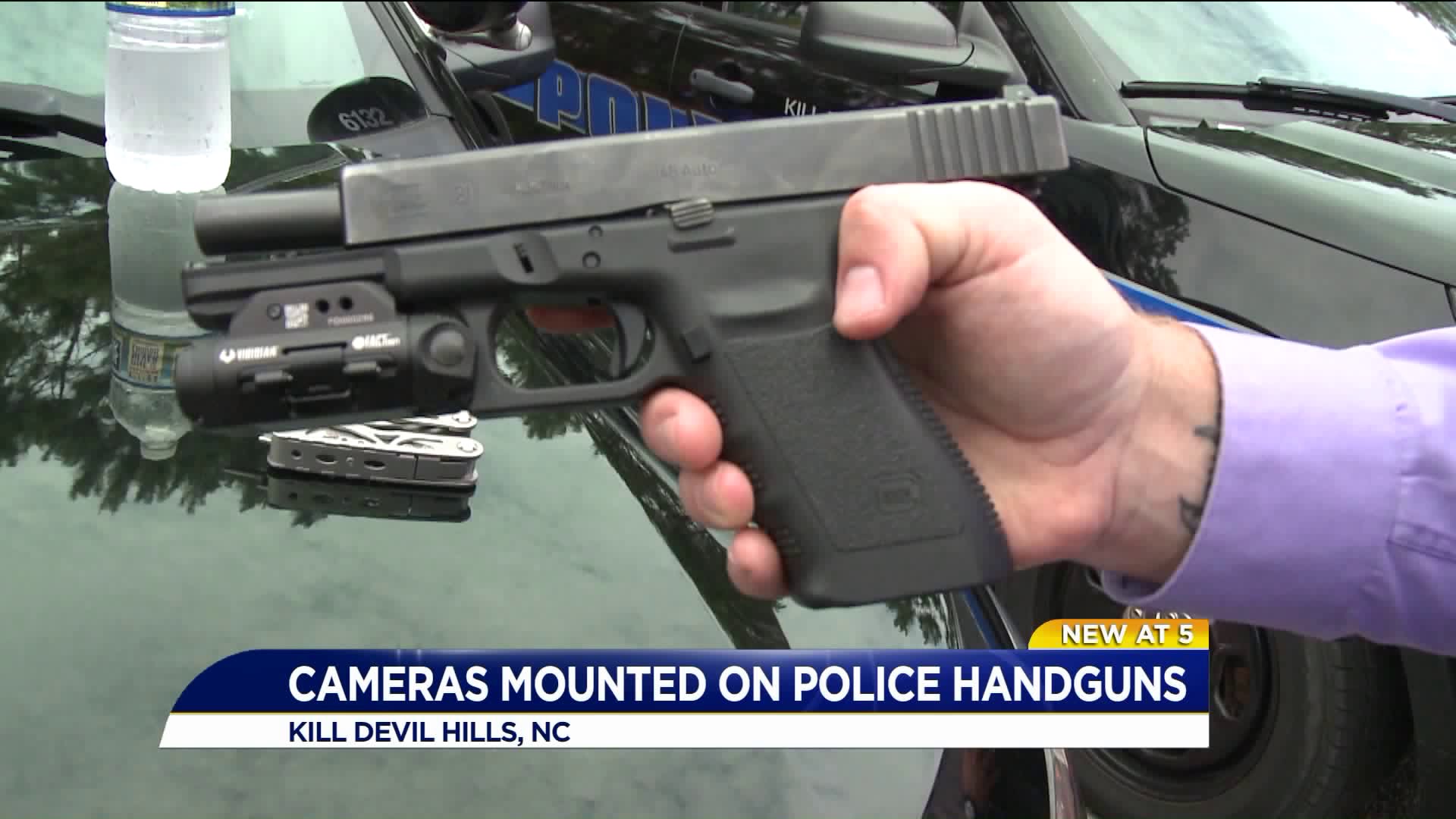 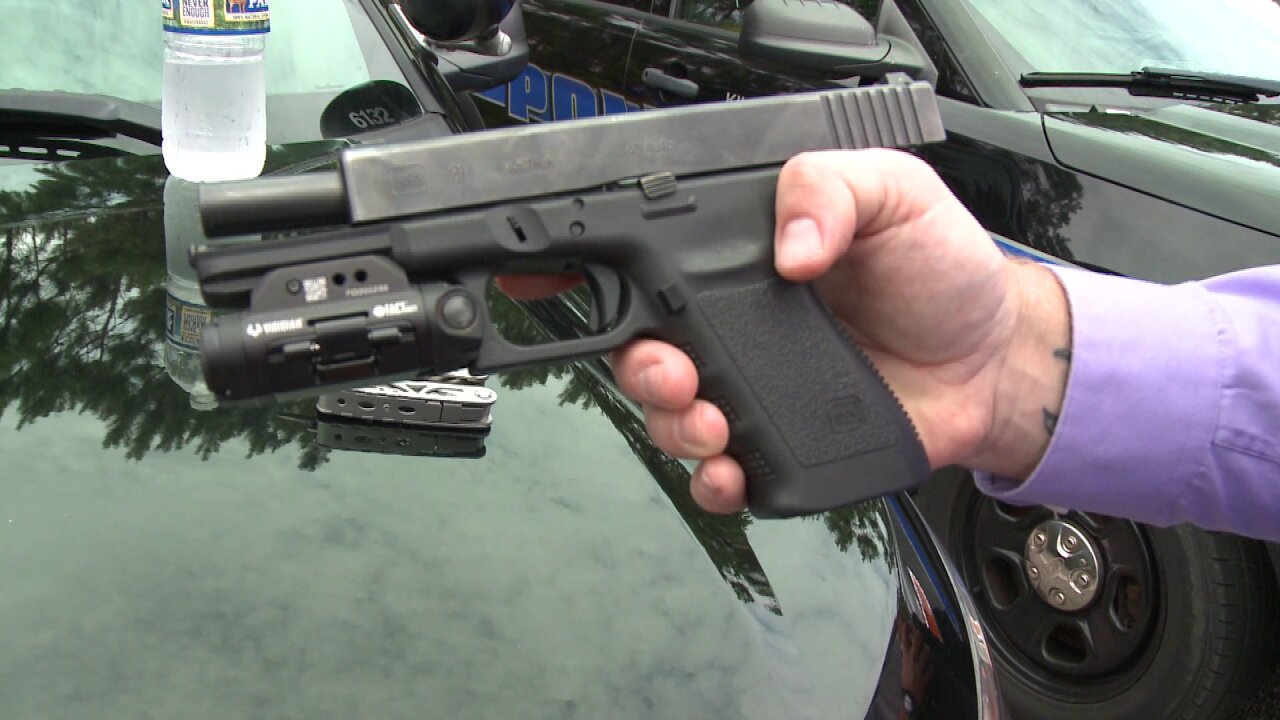 KILL DEVIL HILLS, N.C. - The Kill Devil Hills Police Department has been testing out handgun mounted cameras that record from the muzzle of the firearm.

The device is best used during the event of an officer-involved shooting.

They're the only police station in North Carolina and Virginia to use them.

"Sometimes our body cams can be skewed by an officer's arm or something," detective David Pierce said. "When an officer pulls his gun, that's a type of use of force that allows us to show that our officers are justified in the type of force that they're using."

It comes with a flashlight and attaches below the barrel of the gun.

The camera activates once the officer draws the gun from the holster and shows exactly what's in front of them.

"Once the firearm is put back in the holster, the camera cuts off," Pierce said.

"It would be pricey. We would have 19 patrol officers that we would to have fit with these," added Pierce.

Although officers said that they're easy to use, it's not something the department will be purchasing anytime soon as it would be best used in a high crime area.