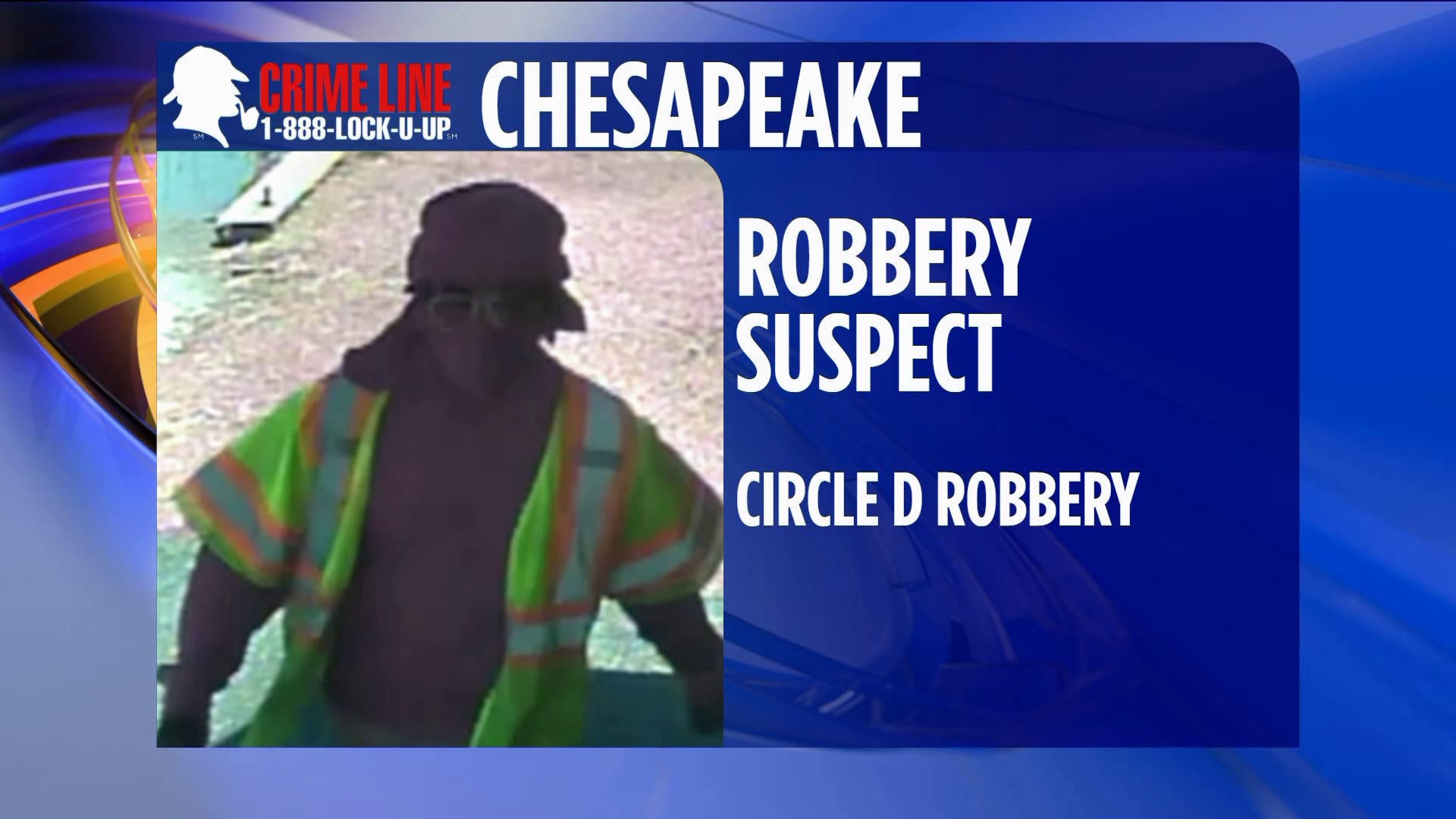 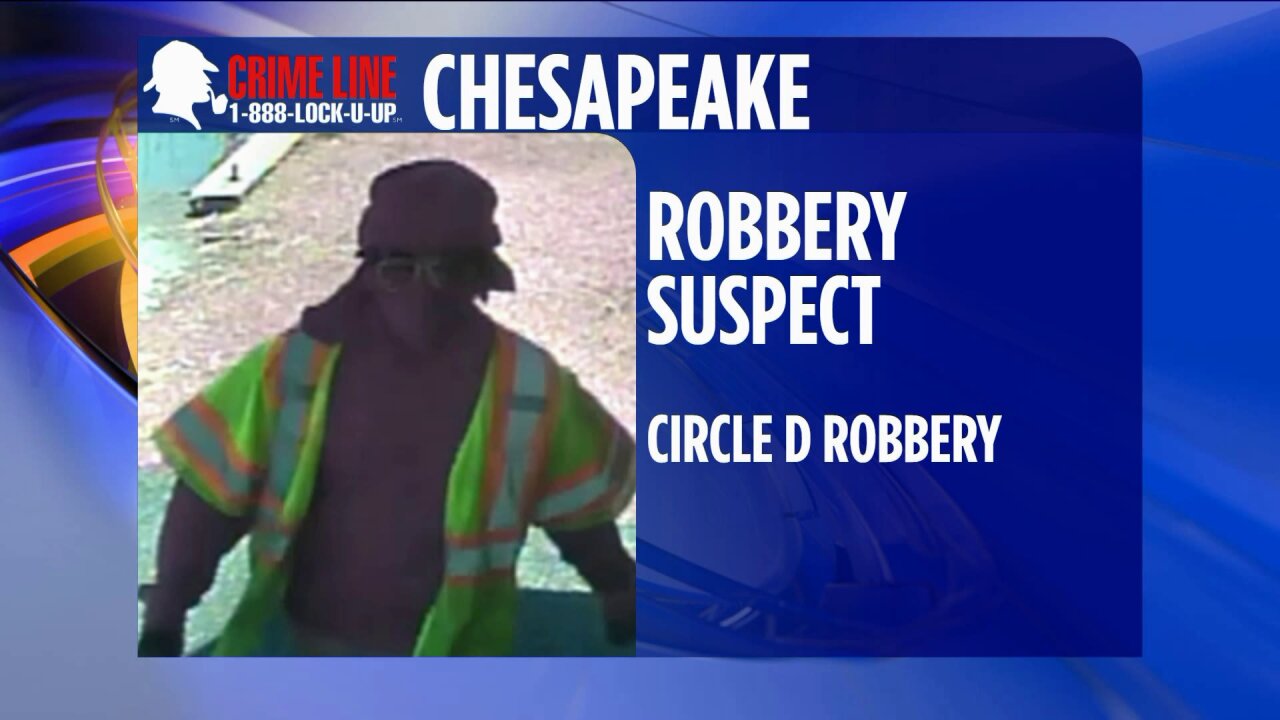 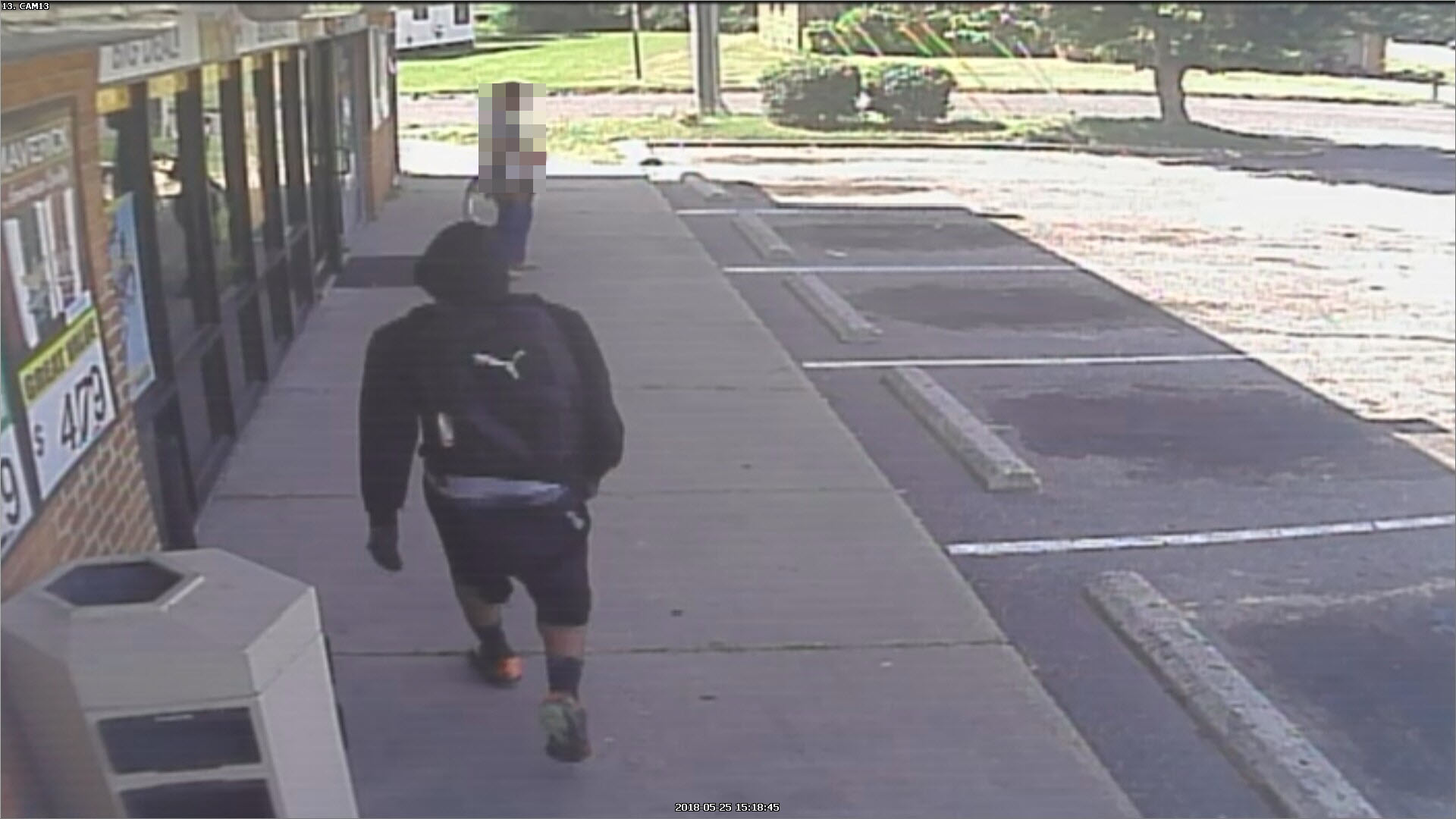 The first robbery happened May 11, 2018.  According to police, two men wearing traffic vests went into the store on Great Bridge Blvd. and robbed it at gunpoint, getting away with about $10,000.

The second robbery took place two weeks later on May 25, 2018.  A man armed with a black assault-style rifle robbed the store of more than $10,000.  He was dressed all in black and wearing a black Puma backpack and orange and black shoes.

It’s unclear if the two robberies are connected.

If you know who these men are, report your tip to Crime Line. There are three ways you can submit a tip.

Your tip could make you eligible for up to a $1,000 cash reward and you will remain anonymous.

Crime Line is run by volunteers and is funded entirely with donations.