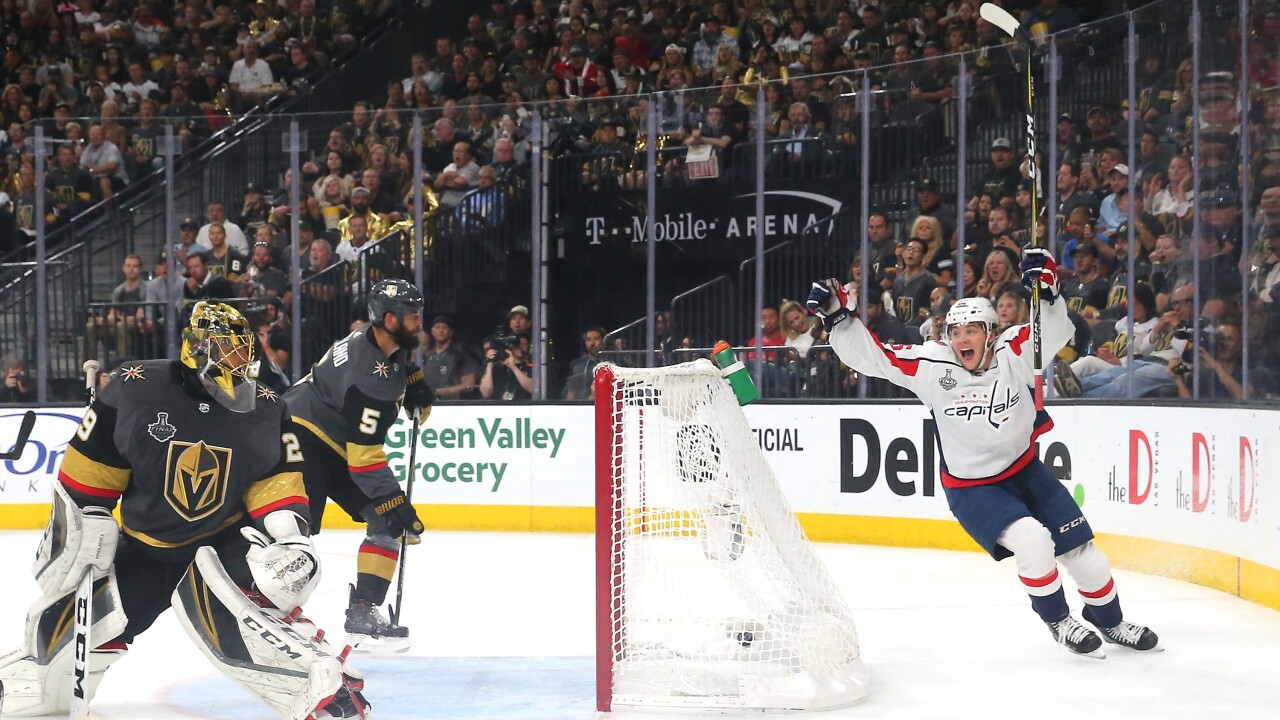 LAS VEGAS, Nev. – It’s just one. But it’s one for the history books.

Wednesday, the Washington Capitals defeat the Vegas Golden Knights, 3-2 to claim the franchise’s first ever victory in a Stanley Cup Final. The best of seven series is tied 1-1 as the series shifts to Washington, D.C. for Saturday’s game three.

Vegas struck first with a goal from James Neal 7:58 into the first period. Washington’s Lars Eller knotted the game at one with a goal in the final four minutes of the first.

With the Capitals clinging to a 3-2 lead late in the third period, goaltender Braden Holtby turned-in the play of the game and arguably the save of the season when he stoned Alex Tuch with just two minutes to play in the game.

Puck drops at 8:00 p.m. Saturday at Capital One Arena for game three of the Stanley Cup Final.

SAVE. OF. THE. YEAR! #ALLCAPS #StanleyCup pic.twitter.com/OCBBQoEPMI